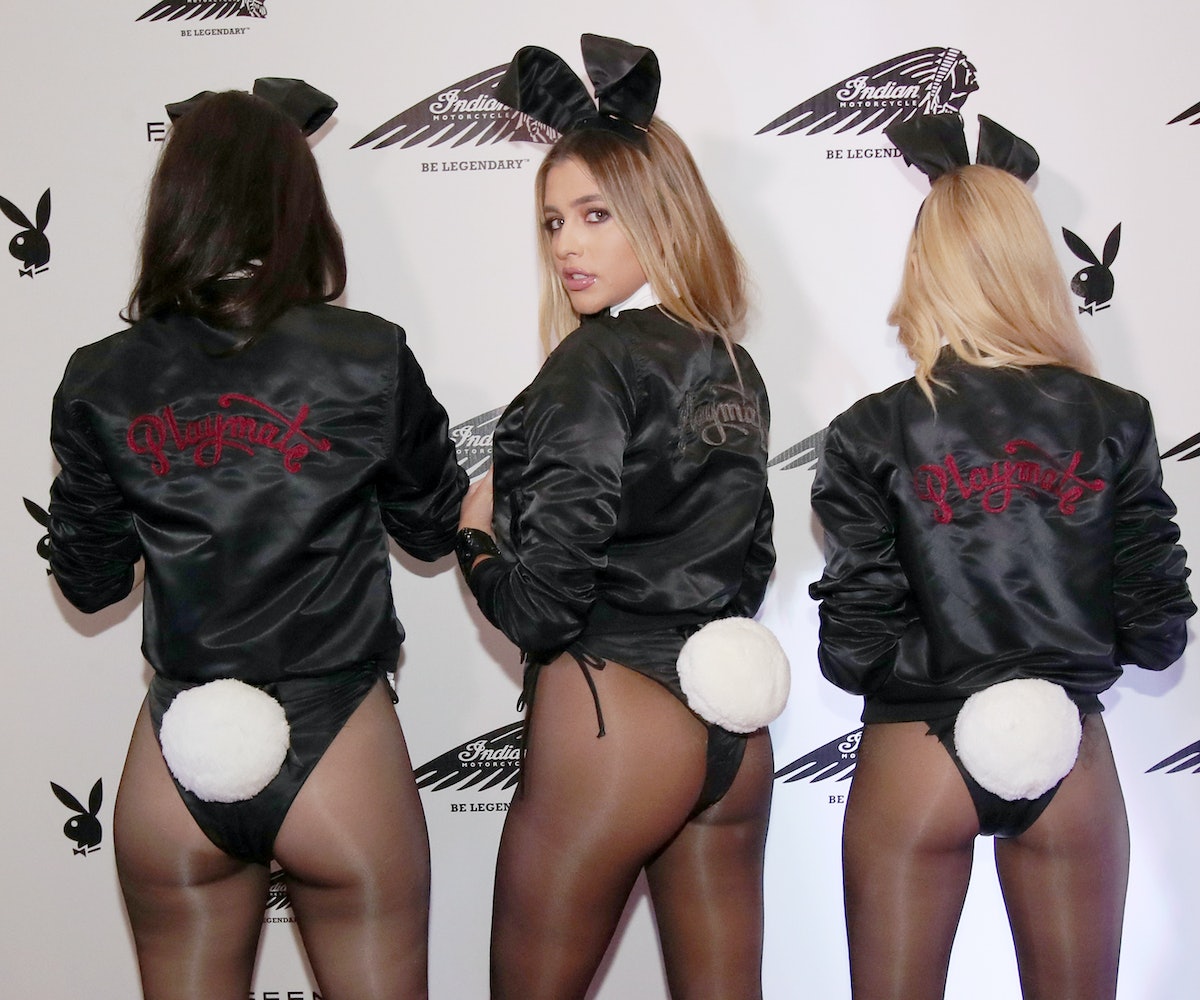 We all hailed the move as a big win for women worldwide in the name of feminism. Well, looks like that didn't last long because the publication is back to basics for the March/April issue which is conveniently titled “Naked Is Normal." (There's even a story called "Free The Nipple.") In this issue, Playboy has also revived the "Party Jokes" section to bring out the brand's "playful" side and introduced the "Heritage" section to reflect on its glorified past.

Hugh Hefner's son, Cooper, never agreed with the new direction that the publication intended to go in the first place, and now that the heir is the brand's chief creative officer, he's made his first order. Cooper recently posted a statement on Twitter expressing his approval of Playboy revoking the no nudity policy, which he always viewed as a "mistake" because it caused the brand to go through a major identity crisis. (So tragic!)

The New York Post reports that the magazine is full of "breasts and butts," but there's no frontal nudity on display. So, that's a minor improvement under the circumstances, we guess.