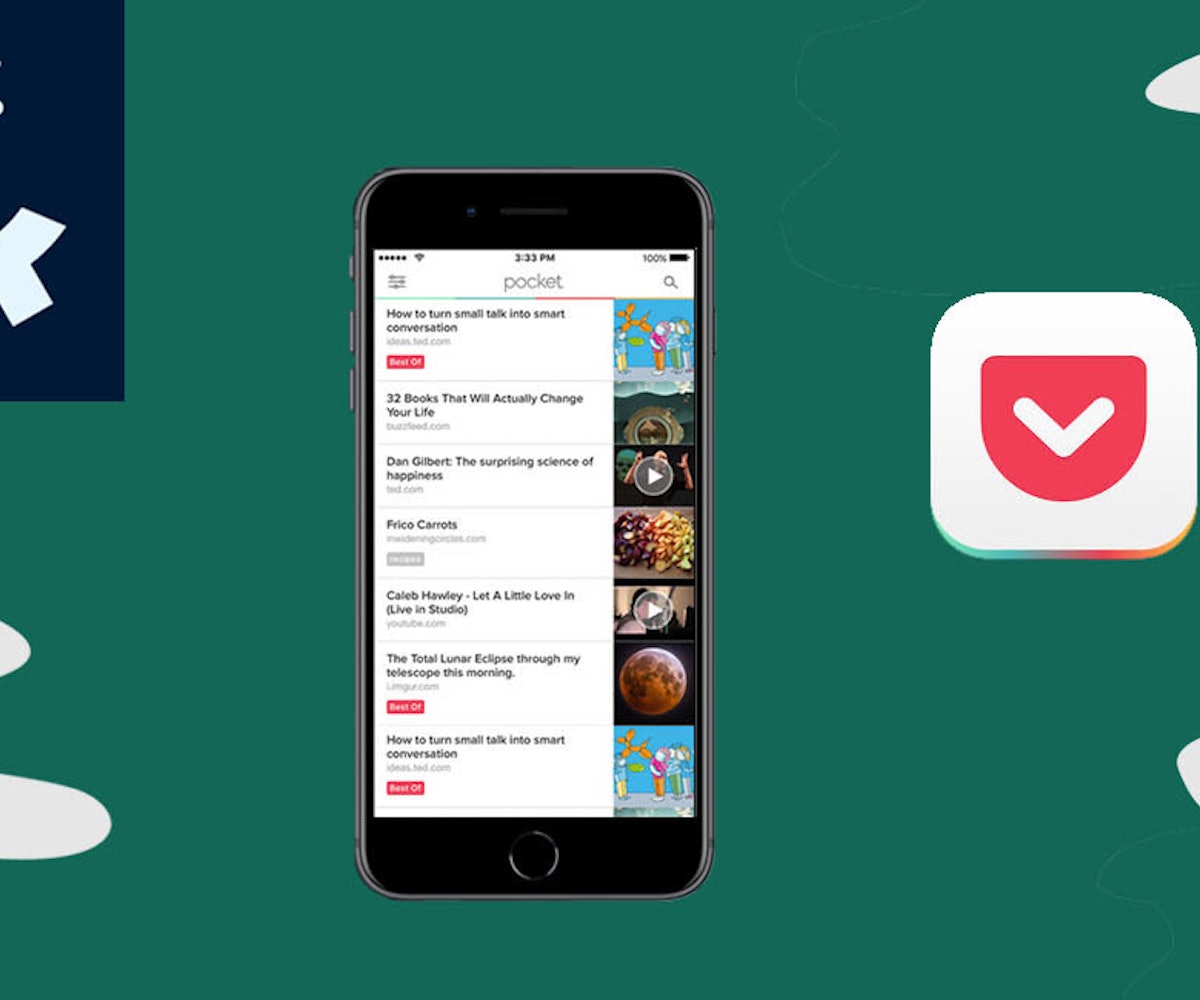 The first of July in the year of our Lord 2013 was a dark day. I didn't just wear black that day because it's (mostly) all I own, I wore black because it was a day of mourning. Google killed its Reader app and with it, my ability to easily access all my favorite blogs and long reads.

Google Reader, my sweet prince, you are missed. Rest in profitability.

Anyway, I soon dabbled in a few different RSS (Really Simple Syndication) apps, like Feedly and Flipbook, in search of something intuitive and pretty to look at. Neither of them left me wanting to read more, though. I craved simplicity. I craved a browser plugin. I craved easy searchability. I craved something that wouldn't suck the freakin' battery life out of my iPhone and iPad. Google Reader wasn't the prettiest of platforms, sure, but it did its job better than its competitors. I wanted a feed that fulfills rather than wows me with frills.

Somehow, somewhere The Secret's Rhonda Byrne heard my wish and this little app called Pocket entered my life—browser plugin and all. It was love at first save.

Pocket began in 2007 as a Firefox extension called Read It Later. Though it's gone through a rebranding in 2014, its function hasn't changed in the decade since its inception. If you come across an article you want to read but don't have time to in that very moment, add it to Pocket and read it later. Easy!

There are other apps that do the same thing—putting the articles you want to read in one place—but Pocket has innocuous details that truly make it feel like, well, a personal pocket. For one, the desktop extension has made saving stories to my Pocket as easy as one click: install the extension, stumble across an article, click the button, and boom! Open the app on your mobile device, and it's there. It's Pocket's mobility that truly makes internet'ing so thrilling. Built into its functions is a clipboard detection that somehow knows when you've copied a link on your device and promptly asks if you want to save that link to your Pocket when you open the app, which makes saving stories found on Twitter or Facebook stupid easy.

Pocket uses tags to organize the articles you read and eventually archive after reading. I confess I don't use the tagging function as often as I should, favoring its keyword search function to find articles instead. I also don't use Pocket's social capabilities, which allow users to follow other Pocket users and share stories through the app. What I will say, though, is Pocket's algorithm in recommending stories I may like has never failed me. It shows what stories are currently trending across the internet and ones it believes I would like. One little tap of the save button and the article—photos, videos, and all—is instantly accessible to me whenever and wherever, even offline. I look forward to flying now because it's an opportunity to catch up on stories I've been meaning to read. Hell, my work commute is even enjoyable because of it.

Plus, Pocket is free. There is a premium version you can pay for, but I've found the free one to be exceptional. It does its job well, free of ads and distractions. So well, in fact, I would most likely have ditched Google Reader for it anyway. But hey, we can pocket that little daydream for another day. I have some reading to do.

Pocket is available to download for both iOS and Android platforms.