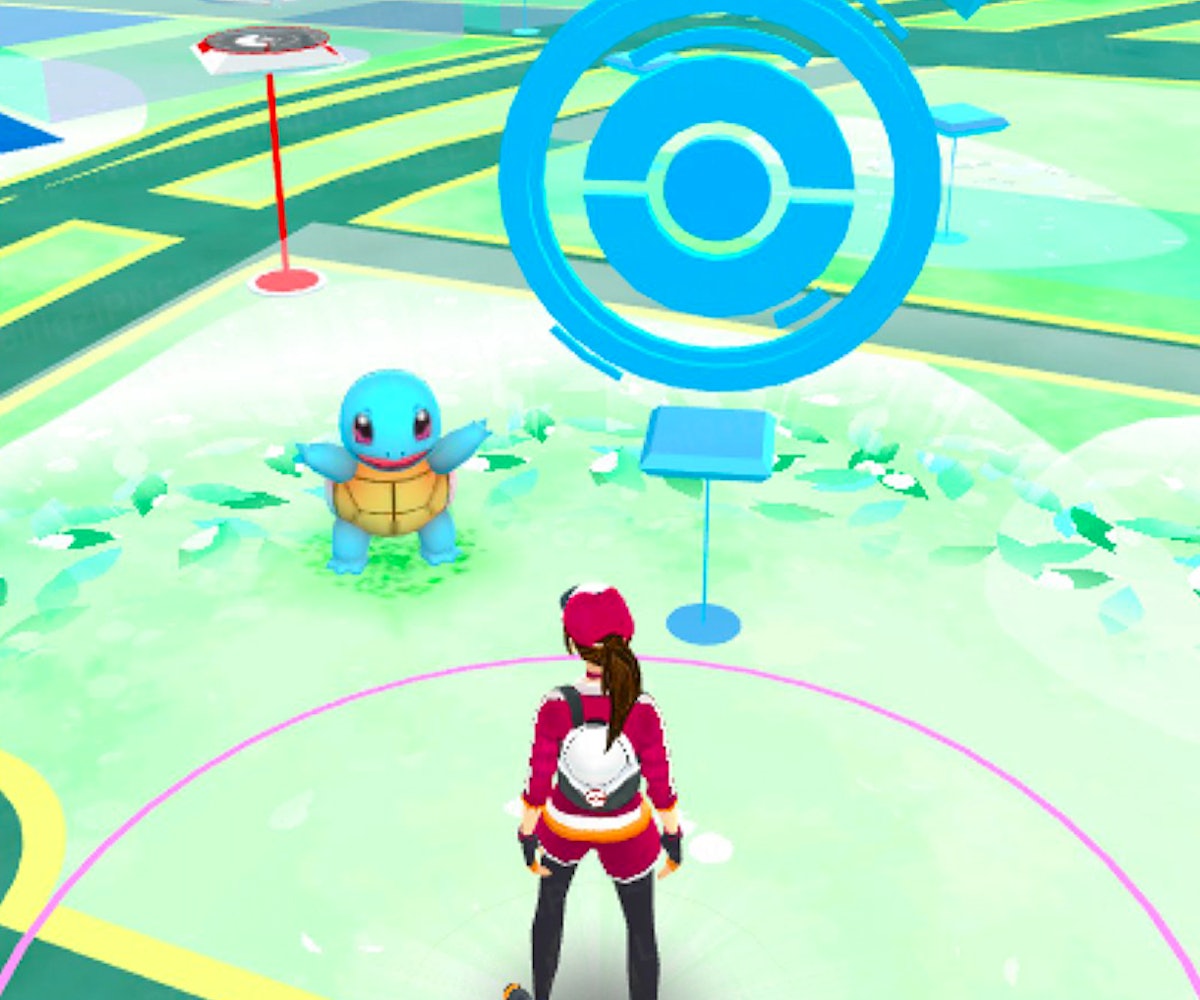 If you've retreated from civilization and are just now returning, you may have noticed that just about everyone has been staring down at their phones. Of course, that's not so much a new occurrence as it is a byproduct of our digitally minded society. Nonetheless, the percentage of those engrossed in their phones while accidentally walking into traffic, boarding the wrong trains, and tripping over UPS packages in the doorways to their homes has dramatically increased. Has some sort of strange sci-fi plot taken over real life? Has FaceTiming actually become the massive domestic success that Apple always hoped it would be? you wonder. As hard as you may guess, the reason is actually even more strange than you could imagine. Everyone's catching Pokemon.

It's not really a surprise that "Pokemon Go" is a social phenomenon. Not only is it rooted in nostalgia, but it's also a nod to a game that was very much about collecting things (namely, paper cards typically held in binders). It also manages to merge reality and virtual life in a compact, highly accessible form. What is surprising, though, is its unprecedented success. It's been less than a week since the platform launched, and it has already increased Nintendo's stock by $9 billion and caused a whole bunch of strange stuff to happen.

The world feels like it's falling apart, and while we desperately try to repair it, we're also temporarily escaping from it all by running around and catching computerized creatures. And if that doesn't sound crazy enough for you, look ahead to the gallery to hear about the weird stuff that's happened in the first week since "Pokemon Go" infected our phones and started sucking up all of our data.

They say that major life events pop up at the worst times. So when a Pidgey popped up on Jonathan Theriot's wife's hospital bed when she was giving birth to their child, he decided to take a snap and catch 'em. He then uploaded the picture to Imgur, where it went viral. "She wasn’t mad at all," Theriot told Buzzfeed. "She just kind of laughed at it. It was primarily an eye roll once she realized what I was doing.”

Basically the intro to a CSI episode, 19-year-old Shayla Wiggins was playing the game when she decided to head to Big Wind River by her home in Wyoming to capture some water Pokémon. There, she found a man's corpse, whose death Fremont County Sheriff's Office is investigating. "The death appears to be accidental in nature," undersheriff Ryan D. Lee said in a statement. As Wiggins told CNNMoney, "I probably would have never went down there if it weren't for this game. But in a way, I'm thankful. I feel like I helped find his body. He could have been there for days."

A Man's Home Became A Gym

After Boon Sheridan came home from work on Friday, he opened the app and found that his house, which is an old, converted church, had been designated as a Pokémon training gym. Since then, strangers have stopped by his house and stood around it while training and learning how to fight Pokemon.

The app lists most churches as training gyms, and they're clearly not too discerning about it. That's how the basically anything-phobic congregation found itself on the app. A user named LoveIsLove claimed the gym using a Clefairy. The church has since incessantly tweeted about how they will reclaim the gym and their church with a Jigglypuff, urging people to "Play Pokemon Go and sin no more!"

Alton Sterling, Philando Castile, and five members of the Dallas Police Department were murdered the week Pokémon Go was released. Some players claim that the game has allowed them to escape their overwhelming, negative thoughts while others have said that it has improved their mental health. It has also seemingly helped those with mental health issues. "Pokemon Go is literally making people with depression and anxiety and agoraphobia leave the house and explore the world and socialise," @jasonjarmoosh tweeted.

Four teenagers in Missouri, who have since been apprehended, dropped a beacon at a Pokestop to attract victims and used its GPS location services to track them down. "The way we believe it was used is you can add a beacon to a pokestop to lure more players," O'Fallon, Missouri Police Department posted on Facebook. "Apparently they were using the app to locate ppl standing around in the middle of a parking lot or whatever other location they were in."

An IRL Love Connection Was Made

Reddit user UnityTreeofSavior ran into a girl who was also playing the game, struck up a conversation, and asked her out. Very, very cute.

Okay, so we don't know if this is real, but this man allegedly jumped under a train and found himself between the platform and train trying to catch a Charizard. So, yeah.