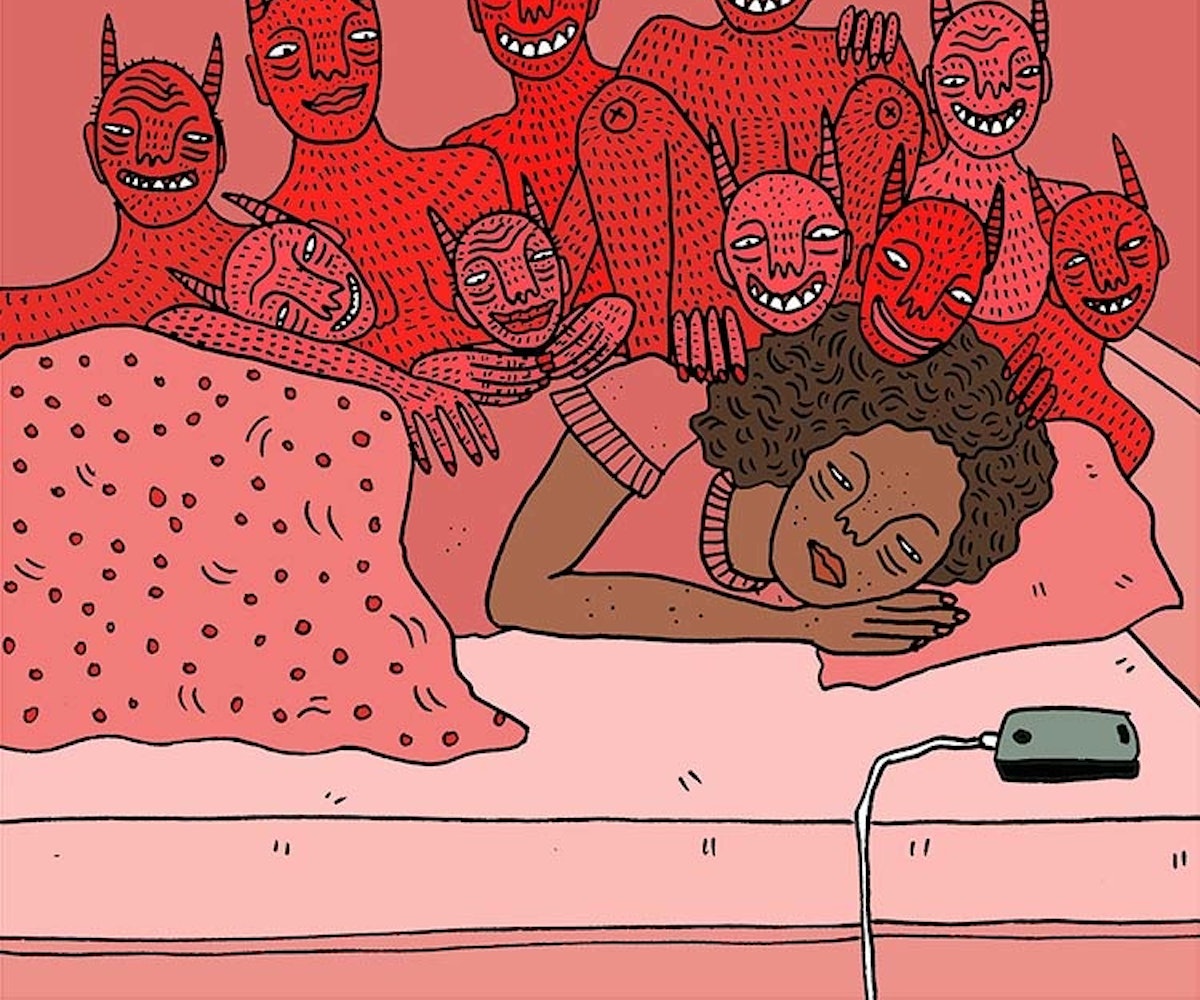 'In Your Dreams' by Polly Nor

The first time I was exposed to one of Polly Nor's drawings was on Twitter. Her "Cba 2 Pretend No More" illustration was turned into a meme, but I felt a stronger bond to the image itself. For months, I tried to track down the origins of the image but failed to find any promising leads. Then one day, the image came back to my memory and I posted it on Tumblr with a caption along the lines of "Wish I knew who created this." Shortly after, one of my followers replied that it was the work of someone named Polly Nor.

The 27-year-old London-based artist has been interested in drawing for as long as she can remember. In fact, it was the only lesson she ever enjoyed while she was in school. "I was always good at drawing, but that never really seemed like a viable ‘career,'" she says. Nor earned a degree in illustration from Loughborough University, but she admits that it wasn't an easy task. "I drank way too much, got too depressed, and wasted a lot of time and money. I was never any good at working to a curriculum and jumping through the right hoops. I scraped through, but I didn’t enjoy it at all," she explains.

After she graduated, Nor wasn't certain about what to do with herself. Fast-forward to somewhere around 2014, and she was still stuck in a bit of a rut with no clear direction out. "I was super lost in life with no concrete job and going through a really shit breakup," she says. "I feel like at that point, I kind of hit rock bottom and had to reassess my life. I remember saying, 'I’m just going to give this art thing a proper go for one year, and if nothing comes of it, I’ll give it up and get a full-time receptionist job.' I’m really glad that something did come of it because I was a TERRIBLE receptionist. I always had some sort of food in my hair or on my face, I hate speaking on the telephone, and it takes me like an hour to send an email."

Learn more about Nor's creative process in the interview after the break. Now that she's on your radar, keep up with her every move on Twitter and Instagram too.