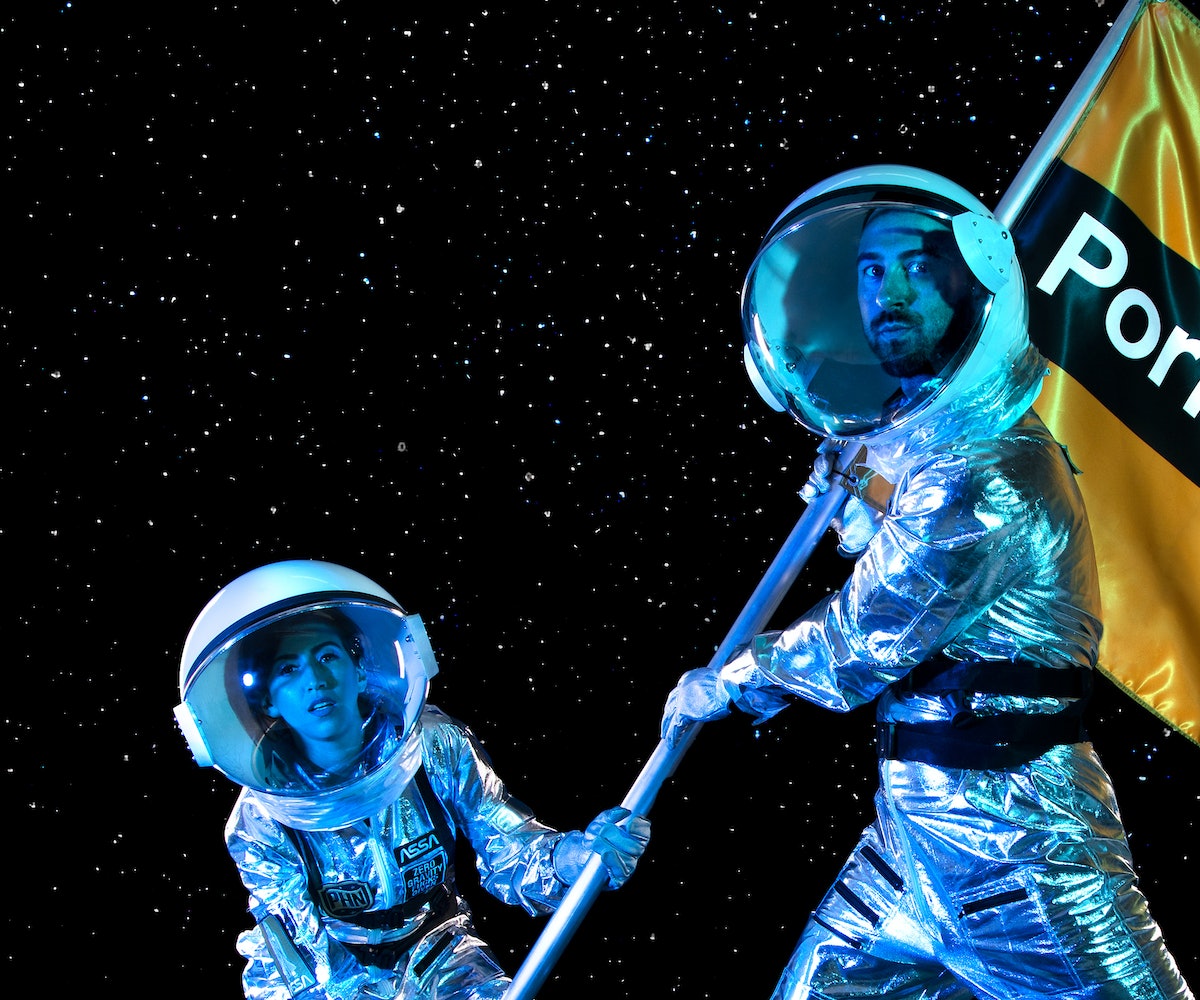 Honestly, they’ve been really cool throughout this whole project, and just let me have the creative freedom to kind of do what I want. They will occasionally give a note, but for the most part, they are like, "This is cool, run with it." So that was really nice, especially as somebody who works for companies a decent amount. It’s not always like that.

What about the concept? Were there any particular themes you wanted to address?

The overarching goal is just for people to have a fun experience, because I consider this project as a bit of a reprieve from everyday life, culture, and the news. You get to go into this elaborate, sexy, fantasy world where we don't have Donald Trump, everything is great, and you can have the type of sex you want to have.

Again, I don't think it's going to change the world, but I hope that just maybe somebody gets some of that out of it in a small way.

Would you consider your vision a semi-utopia ruled by sexual freedom or a surveillance-laden dystopia?

I would call it more of a utopia. There are definitely some jokes about surveillance and stuff like that within, though. Like, we have a character called Watchie, because everybody is super-exhibitionist, and they like being watched. He’s a weird lovable cartoon character who's watching you all the time, but everyone loves it.

There's definitely a lot of satirical comedy or commentary on our contemporary culture present for sure. But overall, it's a positive place where [adult film star] Riley Reid can be president, and the space program is just about having sex in space.

...So how exactly is this "interactive?"

The whole thing is like a fixed-room install that you go through, and each room is like a different parody of a government organization. So the first room is like the National Gallery, and it's my version of what the National Gallery would look like. But interactive elements vary from room to room. Like in the DMV, there's some stocks that you can put your head into and act like you're being punished by our [“Domination Masochistic Vroomvroom”] agents.

For the National Silicon Reserve, we have a ball pit that you can go in. And the joke is that all of our nation's silicon implants are in there.

Wow, talk about a dream.

Yeah, totally. It's like if you had a crazy dream where everything was sexy and awesome.

I use colored lighting in almost everything that I do, so in addition to colored lighting being present within the photos, I actually used a lot of neon lights in the install, too. So in almost every single room, the only lighting is ambient—from the neon and from the dollar signs. And the photos are actually displayed through light boxes, so all of the light coming off them is colored too… It’s essentially as if you were walking through one of my photos.

Also, I'm primarily known as photographer, but I have a background in a lot of other art forms. Like in college, I did illustration, and when I first moved out to L.A., I did production design. So for this installation, I actually hand-painted and physically constructed a lot of the stuff myself. Like, I did a lot more physical fabrication. I did a lot of the electrical work, and in the dick flora room, I hand-painted 467 dildos with an airbrush or with patterns and stuff like that… In terms of physical construction, it's been kind of nice to go back to some of my art department roots and physically make stuff for the first time in a long time.

8/9/18: Our House will include a meet-and-greet with Leigh Raven and Nikki Heart, sounds by DJ GOODBOY and Madame Ghandi, and stand-up by local womxn from acts like Act Like A Girl. (21+)

8/11/18: HAM On Everything will include a meet and greet with Riley Reid, live performances by Father, Lil Aaron, and Dana Dentata, and DJ sets by Softest Hard, Bella Ferrada, KO AKA Koala, Ka5sh, and Dem Ham Boyz. (18+)