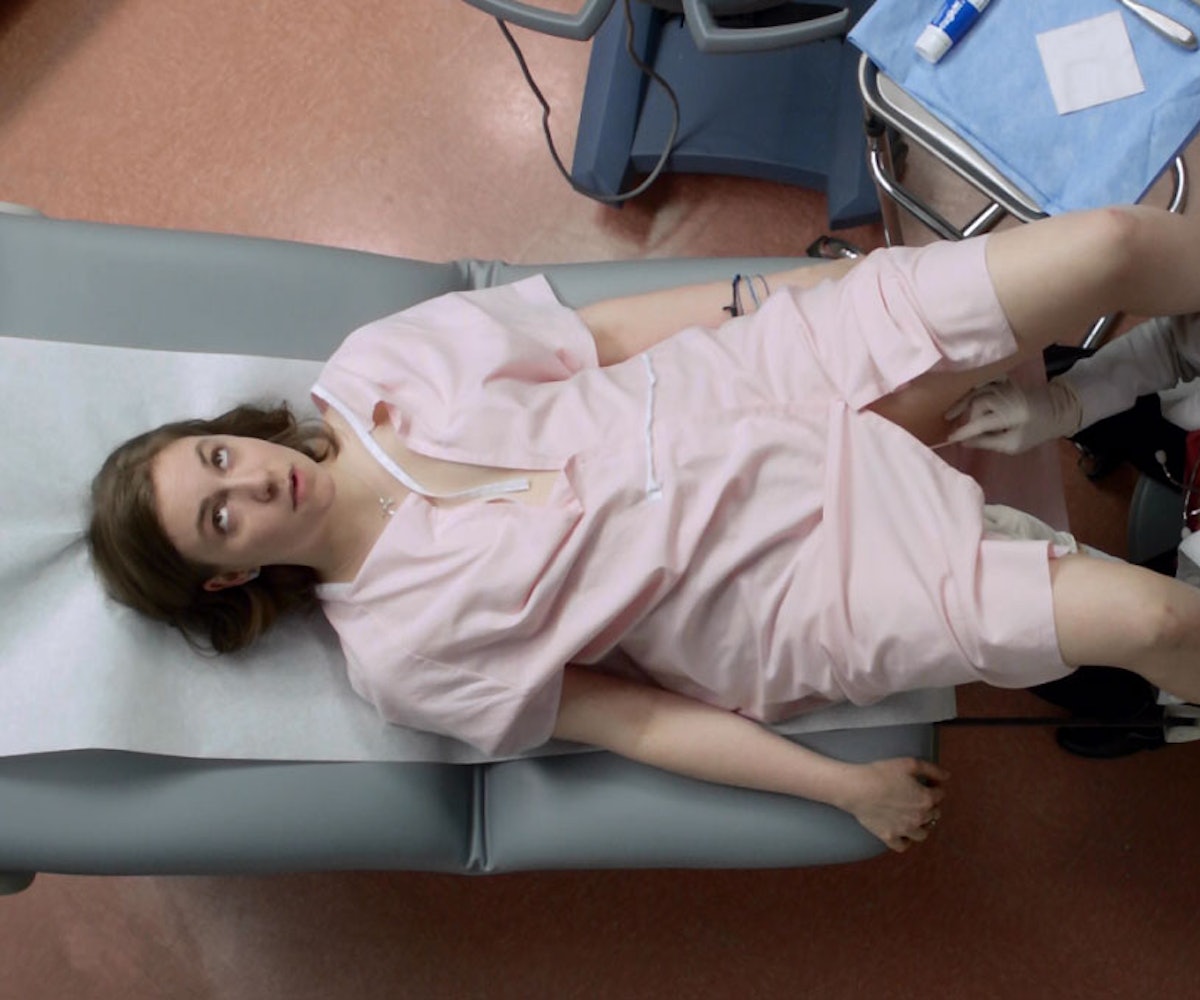 I cringed. I waited for the familiar wave of indignation, defensive anger, and shame to wash over me. It came, but more tempered than in the past. Pushed back now by my struggle to not let personal feelings curtail my sense of humor as well as to look at the big picture and find the greater good.

It was a tweet after all. Written by @spivey_e, a comedy writer whose job it is to find a laugh in everything and that night it happened to be a presidential debate. “Trump’s face gave me HPV” she tweeted to Jenni Konner, co-founder of Lenny Letter and writer/director/producer of Girls, who had just tweeted herself, “Can You get a UTI from a debate?” In the end, it’s just one of many comments that comedians have flung against the proverbial Twitter wall, sometimes funny, sometimes irritating. You’re not going to find everything that everyone does to be hilarious. But in certain cases, regardless of whether the joke lands, maybe the case can be made that it’s offering a bigger opportunity: A platform to educate because a topic that’s typically whispered or ignored has wormed its way into the mainstream. And the mainstream is where it belongs. According to findings published lately in The Daily Beast, Vocativ, and The L.A. Times, STD rates are increasing.

And the personal narrative aspect is important while being somewhat problematic as explained by Sarit Luban for Rewire. We need the confessional stories because they humanize a formerly taboo topic, but as Luban points out, they tend to stick to a formula of an experienced betrayal and then a moral of the story, as if we only need to find ways to verify that "good" people also suffer from STDs. But still, it’s been an essential start to tackling an enormous taboo. There's no denying the importance of women like Ella Dawson, who has been praised by Hillary Clinton after writing essays that go viral and given a groundbreaking TEDx Talk on sexual health, and the way in which their actions have paved the way for others to speak up.

The argument could be made that the best way to combat stigma is by embracing the almost symbiotic relationship between the sometimes tasteless jokes seen on TV and film and social media about STDs (or actually STIs; the abbreviation STD is basically on its way out) and the subsequent responses from those who can break down why the joke was told or why its existence perpetuates false information. Without these instances, common sexual health issues might still remain outside the arena of mainstream media coverage.

Of course, it's also possible for media to portray STDs in a way that serves to destigmatize them, addressing many people's discomfort with the topic and blowing up society's perceptions of how we should or shouldn't act when confronted with taboo topics. Season two of Blunt Talk on Starz recently promoted a commercial where the main character, Walter Blunt (played by the illustrious Patrick Stewart), is interviewing a guest, played by Fred Armisen, on his talk show; Armisen's character has a very noticeable cold sore on his mouth. In the show, the other characters are visibly grossed-out, commenting on the cold sore and freaking out when Armisen's character drinks from a water bottle and demands that Stewart also take a drink immediately after. While his co-workers are having full-on panic attacks about it, Stewart looks momentarily unsure of himself, even like he’s looking for divine intervention, and then almost defiantly grabs the water bottle and drinks from it. And while this interaction is something that stays true to the character that Jonathan Ames and his writing staff have created, it also, in a way, flips the script in terms of a typical herpes joke. In one swift movement, a character shrugs off the typical stigma associated with herpes and actually embraces it rather than make a standard go-to lazy quip along the lines of “What happens in Vegas stays in Vegas… except herpes!”

And it wasn’t that long ago that Girls became one of the first shows that broached the topic of the Human Papillomavirus (HPV) by making the main character’s diagnosis a plot point. While Girls, unfortunately, perpetuated the inaccurate promiscuous stereotype in its portrayal of a young woman diagnosed with HPV, it’s still worth acknowledging that the show, at least, addressed a topic that few others ever had. And the fact that this episode prompted a response from medical professionals, who refuted the stereotype of "promiscuity = STD," can still be seen as a victory for the ongoing destigmatization of STDs.

Since that Girls episode aired in 2012, other TV shows have taken up the topic of HPV and improved upon the quality of the discussion. Both Broad City and Ali Wong's Netflix special Baby Cobra position HPV as something that basically everyone has or has dealt with in one capacity or another rather than as something that only happens to women who sleep around "too much" (whatever that even means). The normalization of this issue by admirable women in pop culture is something that’s been lacking for years.

And that’s likely the best possible outcome to all of this. Changing the perception that STIs are something someone deserves to either have or to be mocked for is vital, as is challenging the notion that these infections are something that only affect a small percentage of the population—statistics clearly dispute that. The steady increase of STIs as a viable realistic plot point rather than as a mere punch line (although, again, the bad punch lines can still give room for awareness and education—because those in the know can shut it down) has given rise to a reality that benefits everyone, one that prioritizes awareness.

It’s easiest to mock something that’s not understood. Or to deflect attention by projecting personal shame about something on someone else. It’s harder to have a nuanced discussion and break down preconceived notions and make progress. But the same could be said about years of period jokes that were supposed to make anyone menstruating feel like they should go lock themselves in a closet for three to seven days every month. Now people tweet their monthly cycles at pigheaded politicians.

If a topic stays under wraps, no movement will be made, no understanding will ever be reached. But if the entertainment industry keeps delivering on this front, in reality, everyone can one day end up with the blasé attitude of Patrick Stewart’s Walter Blunt. And, really, we could all stand to be a little more like Patrick Stewart. He's the best.