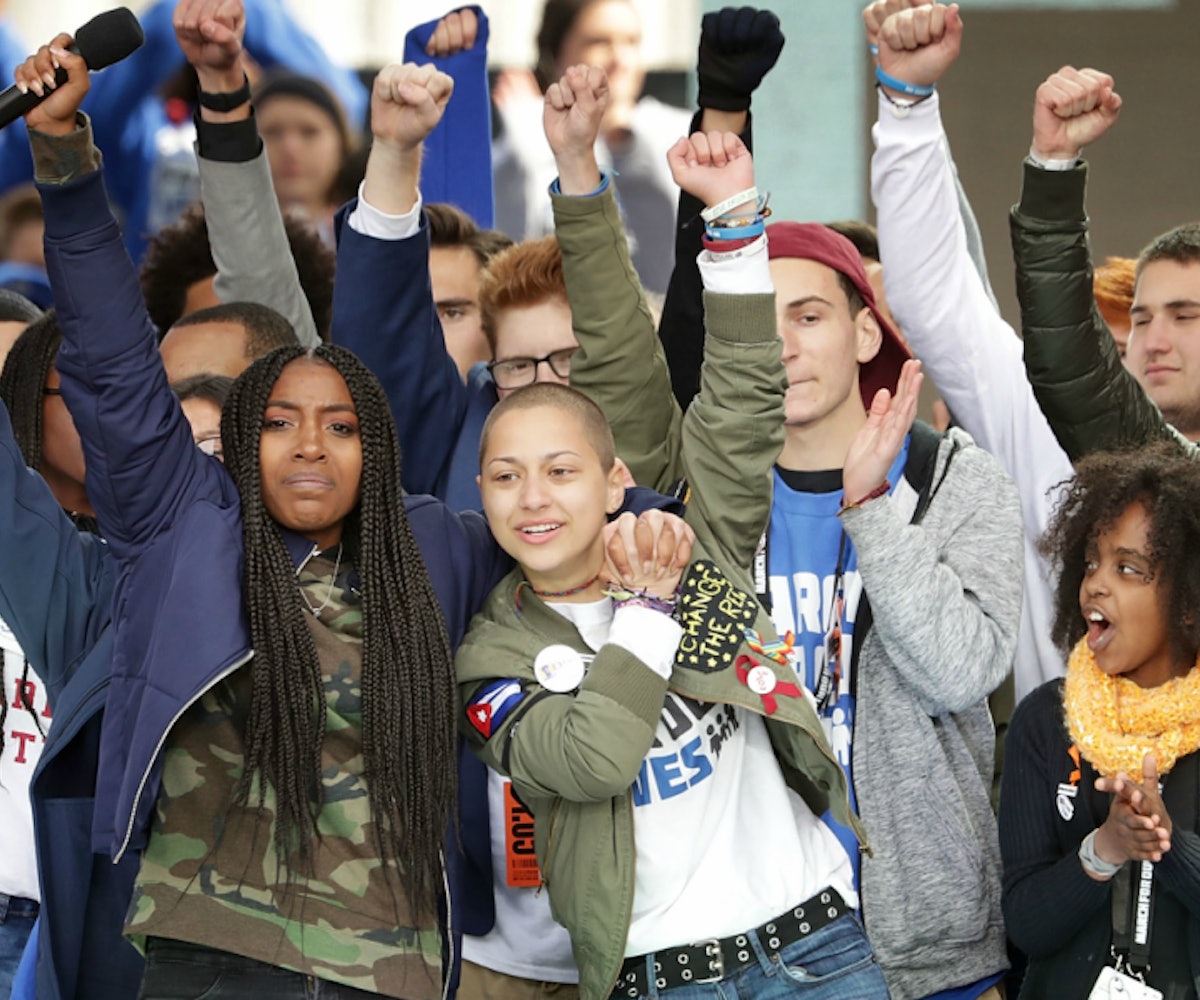 If there's a prevailing theme that's emerged in the fight against gun violence recently, it's not that of adults or government individuals ushering forth change. Rather, it's young people pressing and fighting for gun regulations—and actually making change a slow, but visible reality.

On Saturday, March 24, the March For Our Lives rally took place in Washington D.C. as well as cities around the country, in what is thought to be the largest single-day protest in the capital's history. There were words from the student survivors of the Parkland shooting back in February who started the #NeverAgain movement, Yolanda Renee King (granddaughter of Martin Luther King Jr.), and gun violence survivor Mya Middleton—among many other powerful voices, namely from individuals 18-years-old and younger. Despite celebrity attendance and involvement, the movement shone a spotlight on the young voices urging people to get involved, to join the revolution, and to vote.

Emma Gonzalez, who has become one of the most recognizable faces from the movement that arose from the Parkland shooting, took to the stage to speak the names of the 17 deceased students before standing in silence for 6 minutes and 20 seconds—the time it took for the gunman to commit the crime.

11-year-old Naomi Wadler delivered a moving speech focused on the lack of attention for black girls and women in the push for safety against gun violence. "I represent the African American women who are victims of gun violence, who are simply statistics instead of vibrant, beautiful girls that fill a potential," she said.

Wadler also addressed the twisted reality that the lack of privilege extends even after their deaths for African American girls: "My friends and I might still be 11 and we might still be in elementary school, but we know. We know life isn't equal for everyone and we know what is right and wrong."

Yolanda Renee King, whose grandfather famously fought for peace and justice, spoke as well, referencing her grandfather's words: "I have a dream that enough is enough."

Other speakers included David Hogg, another recognizable student face from the Parkland shooting, Newtown high schoolers who lost loved ones in the Sandy Hook shooting, and other young teens who experienced the effects of gun violence in their own lives. You can watch their moving speeches below:

NEXT UP
Entertainment
Bad Bunny, Lizzo, Kim Petras Will Perform At The 2023 Grammys
Culture
6 Shows To Binge Once You've Finished 'The White Lotus'
Nylon Nights
How Renzo Rosso Turned The Pelican Hotel Into A Miami Must-Stay
Entertainment
Samia On 'Honey' & Saying The Ugly Part Out Loud
Style + Culture, delivered straight to your inbox.