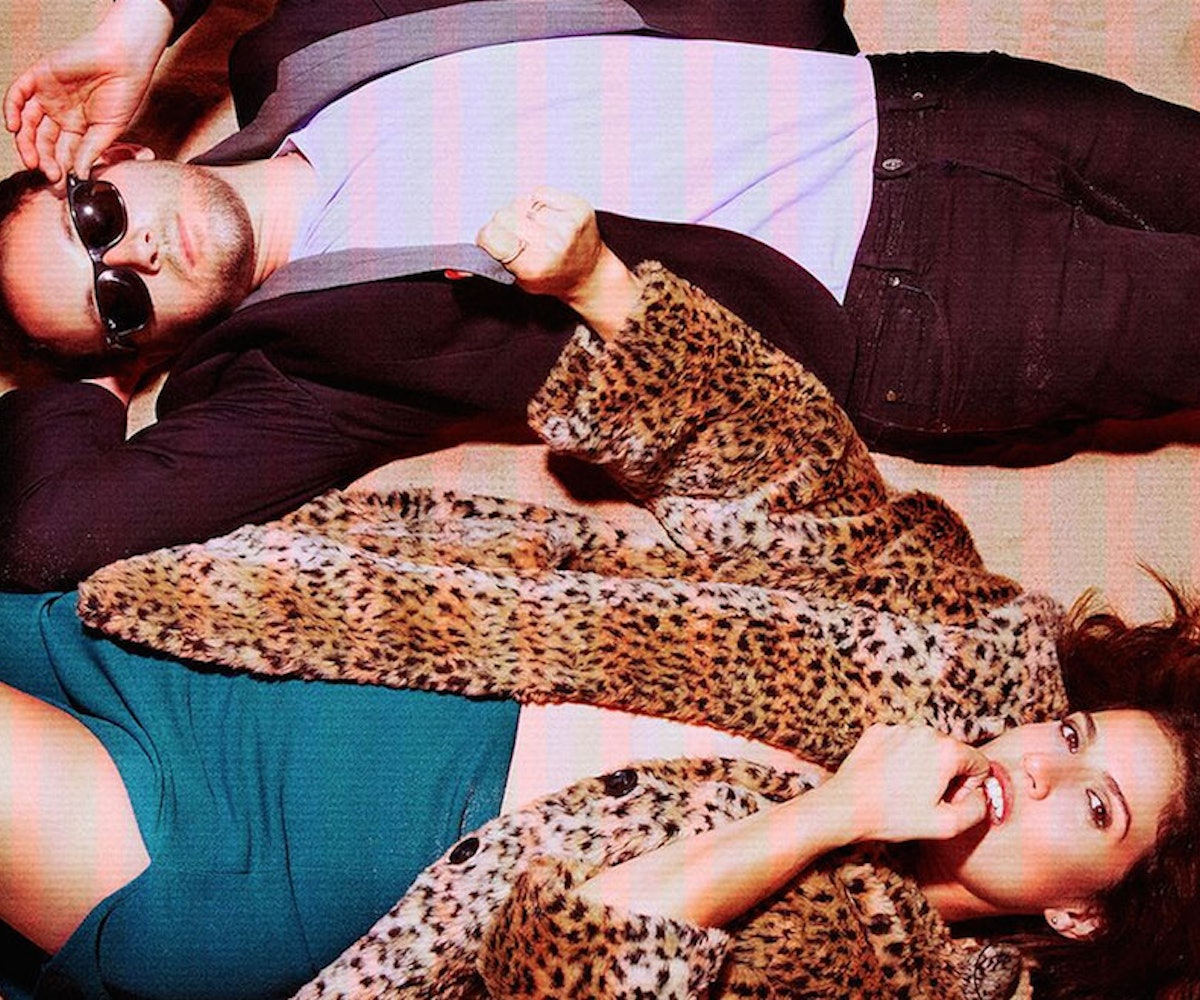 Pr0files has a way of making you feel happy and sad at the same time with their moody synth-pop tunes. Comprised of singer Lauren Pardini and producer Danny Sternbaum, the duo crafts infectious sing-alongs that will certainly keep you company on those nights when you're less sober than usual. To give you a little more inside scoop on the group, their first collaboration as The Boy Traveler featured Sonny Moore (a.k.a. Skrillex), and separately they've worked with artists like Corin from Purity Ring, A$AP Rocky, Ellie Goulding, and Gorillaz.

Today, we're premiering Pr0files' brand new single "Like A Knife." If we had to pick a song that accurately captures the vibe of the city of angels, it would definitely be this one. The track is featured on the duo's debut album Jurassic Technologie which will be released sometime in February.

"We recorded a lot of sounds in our our hometown, Los Angeles, for this album," the band told us in an email. "One of our favorite moments shows up at the end of this song when a giant police helicopter was noisily hovering over Venice Beach as we were trying to just chill there one day. You can hear the waves crashing mixed in with the noise of the engines which felt like a perfect fit for a song that praises the dizzying effects of lust."

Bump the groovy track, below.