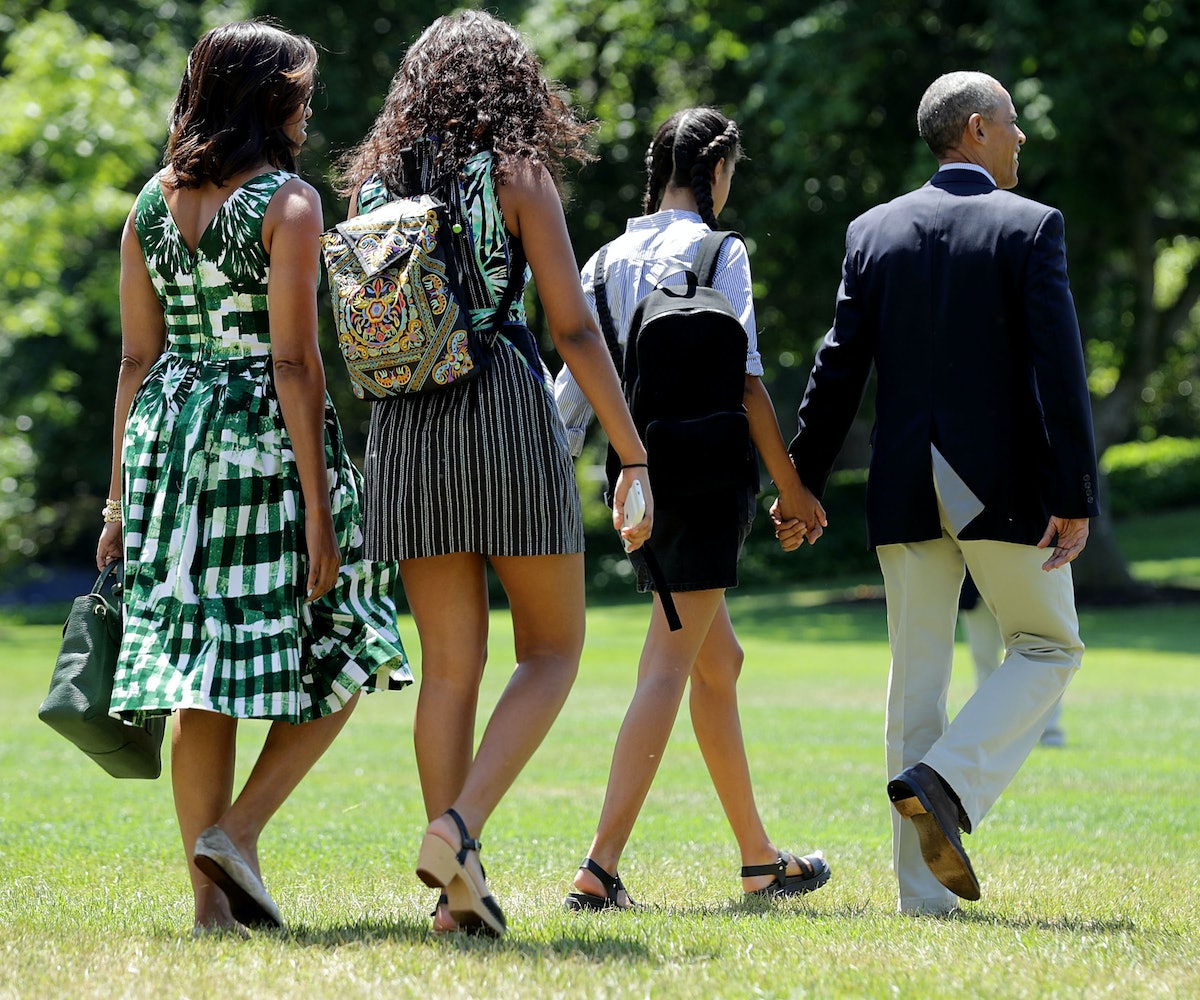 Glamour magazine just dunked on all of us with the release of an essay about feminism by none other than Barack Obama. The President of the United States, who penned the piece for the September issue, grew up around strong female role models—his mother and his grandmother raised him—and he currently lives with three rad women, his wife and two daughters. That makes him uniquely qualified to understand the plight of women everywhere. Having boundless compassion and empathy doesn't hurt either.

Obama begins by acknowledging that the greatest perk about being president is the 45-second commute from his living room to his office. "As a result," he writes, "I’ve been able to spend a lot more time watching my daughters grow up into smart, funny, kind, wonderful young women."

Reading as a doctrine for change, the piece acknowledges the progress we've made, but outlines further stereotypes and behaviors that need to shift before we can achieve true progress.

We need to keep changing a culture that shines a particularly unforgiving light on women and girls of color. Michelle has often spoken about this. Even after achieving success in her own right, she still held doubts; she had to worry about whether she looked the right way or was acting the right way—whether she was being too assertive or too “angry.”

The essay, which happened to drop on Obama's 55th birthday, comes at a prescient time, as the presidential election has shone a light on women's issues and shown a sharp contrast between the two candidates. Imagining Donald Trump expressing thoughts and beliefs like the ones outlined in Obama's piece is enough to make your brain break. Read the entire essay here.