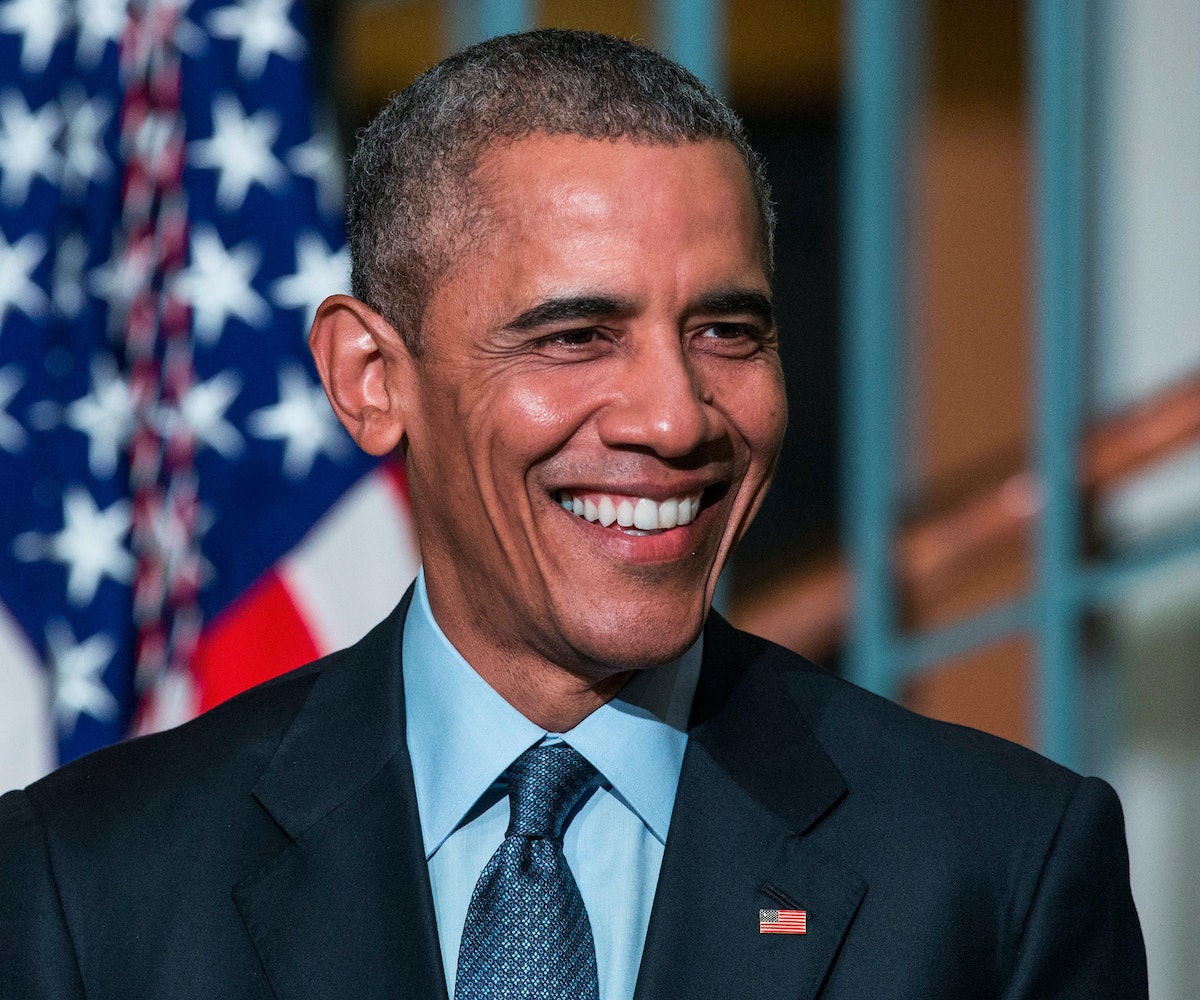 Contrary to what some have been led to believe, President Obama is not a member of the band Korn. The President cleared up the confusion for everyone during a ceremony at the White House on Thursday. "I am not the lead singer from Korn," he said. Of course, there's more context to the statement—Obama was not saying something random like this for the sake of entertaining us all.

At the ceremony, Obama was awarding the Medal of Honor to retired army captain Florent Groberg, who was wounded from taking down a suicide bomber in Afghanistan in 2012. Groberg happened to be a huge Korn fan and during his recovery at the hospital, and he thought he was hallucinating when lead singer Jonathan Davis came to visit him. Fast-forward to Thursday's ceremony, and Obama casually slid an inside joke into his speech that only Groberg would appreciate: "You are actually in the White House. Those cameras are on. I am not the lead singer from Korn."

Deep down, we want to believe that Obama probably listens to Korn in his downtime, though. (POTUS is a stressful job!)