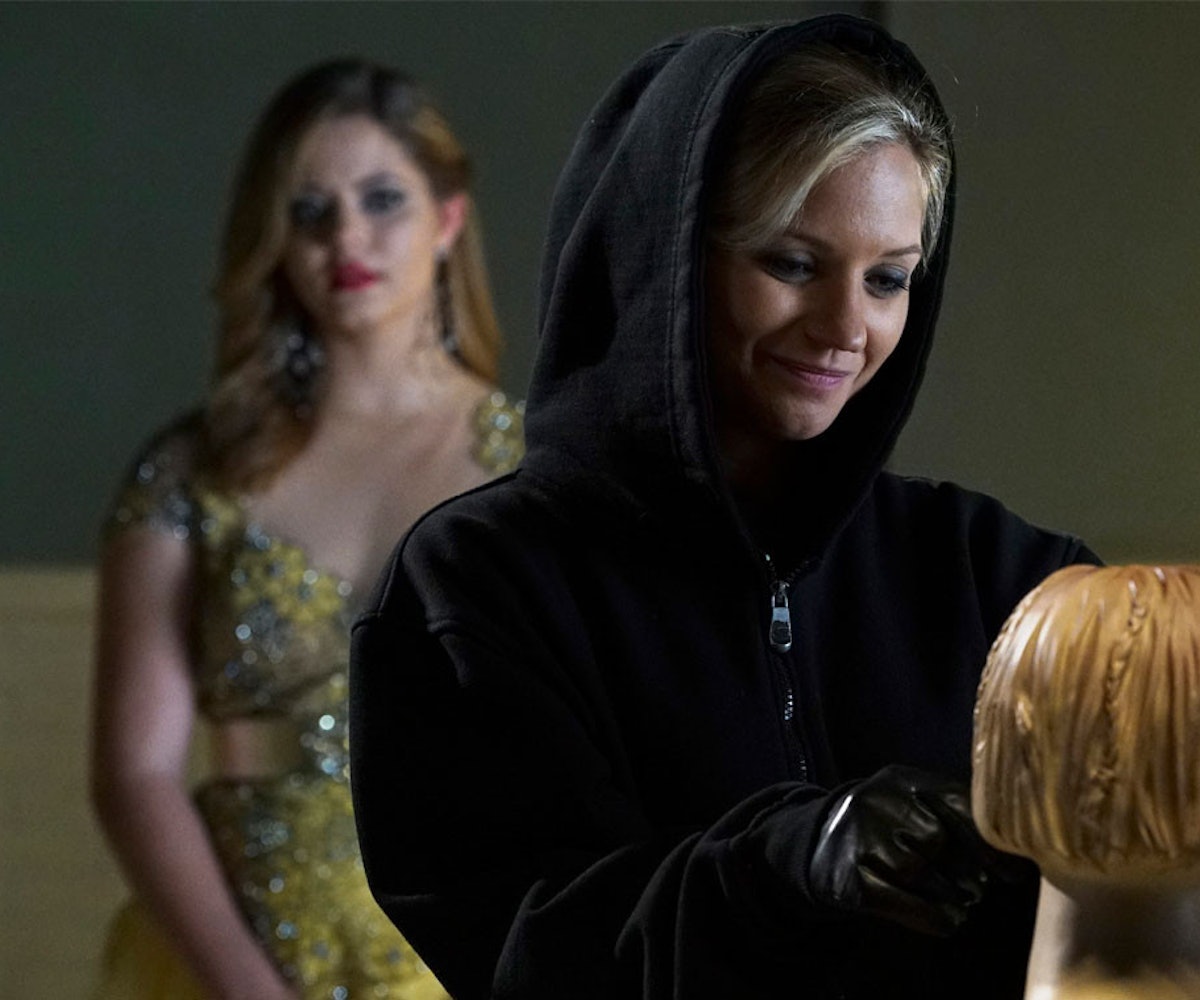 Tuesday night, Pretty Little Liars fans far and wide finally got the revelation they had been waiting six seasons for. It was revealed that A is none other than Cece Drake. But as things aren't quite as straightforward as they seem in Rosewood, the story behind A's identity didn't end there: Cece Drake (played by Vanessa Ray) was born Charles DiLaurentis. She secretly transitioned into Charlotte and took on the persona of Cece to get close to her siblings.

Creator and showrunner Marlene King told E! News that this had been a part of the plan as far back as three years. But because of the recent attention the transgender community has been garnering in the media (i.e., Transparent, OITNB, I Am Cait), King revealed, "We started to think like, ‘People are going to think we're just jumping on this bandwagon.' But it's not the case at all." It was a story King felt compelled to tell. "I just released it to the universe. I thought, it's meant to be for a reason. This conversation is meant to be had."

And it's a conversation that Vanessa Ray was proud to be a part of. "Even as much as a month, two months ago, when I found out, it was still very much a brand-new part of the conversation," she said of finding out Charlotte's transgender back story. "Not brand new, but new in the way that we talk about it. Even two months ago, what's happened with Caitlyn Jenner is so beautiful, and it's exploded in such an intense way. I just feel really honored to get to be a part of this time in history when this is such a new part of the conversation. Just to be a part of that conversation is really neat. I remember feeling really overwhelmed with how exciting that was when I first read the script, how important it was."

Ray did reveal that there was a bit of "concern" about having a trans character be "the bad guy," so it was important to show that Charlotte wasn't born evil. "Just because she's transgendered doesn't make her evil. What made her evil was being taught to lie and to cheat and to neglect human beings," Ray said. "She was neglected as a child. She was not treated with the care and love and respect that any child deserves and because of it, she became someone who neglected humans and didn't see the value in other human beings. Therefore, she could toy with them and treat them like dolls and treat them like they're nothing."

As for the second half of season six, which features a five-year jump, King gives us a little insight, saying, "Ali is staying behind to take care of Charlotte. She wants to make her connection with her sister, the same with Jason. That really becomes a big part of [Ali's] story over the next five years, is being the family to Charlotte that Charlotte never had."

We're sure 6B won't disappoint.