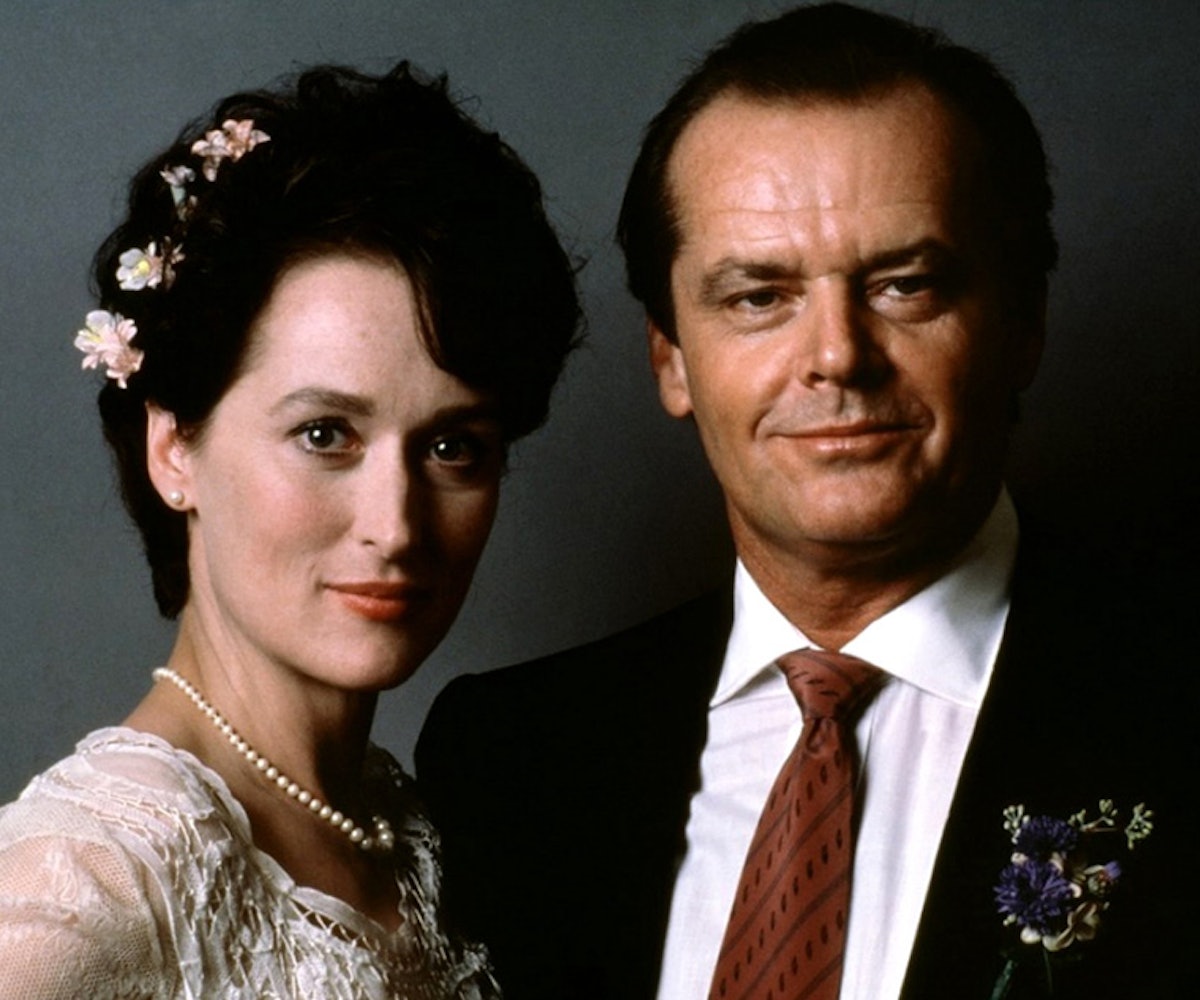 Along with writing some of the most memorable films of the past four decades, Nora Ephron--the author of NYLON's first Book Club pick--created more than a few unforgettable characters with highly covetable style. Both Meg Ryan and Meryl Streep have appeared in multiple Ephron films (not a bad pair to have on speed dial). Here's a look at two of their characters--Sally Albright of When Harry Met Sally and Heartburn's Rachel Samstat--that we channel the most.

In the film adaptation of Ephron's best-selling novel Heartburn (based on her second marriage to Carl Bernstein), Meryl Streep plays Rachel Samstat, a New York City-based food writer who falls in--then out of--love with a Washington D.C.-based columnist named Mark (played by Jack Nicholson). Released in 1986, the style in this one is all 1980s goodness, from Rachel's loose-fitting, romantically styled wedding look (pearls, flowers, lace) to the casual, breezy boho styles she sports while running around town. It's a portrait of a trying time in Samstat's life--she finds out that Mark has been cheating during her pregnancy with their second child, and is then robbed of her wedding ring while separated from him--but her look remains tough and elegant throughout. No surprise, then, that she knows exactly what to do in the end. (Spoiler alert: Someone, not saying who, gets a pie in the face.)

Meg Ryan as Sally Alrbight in When Harry Met Sally:

When Harry Met Sally is Ephron's classic rom-com, and Meg Ryan's Sally Albright is right up there with Annie Hall when it comes to the most-referenced female characters in film. When we meet Sally, she's a prim-and-proper college student rattled by her crass road-trip buddy, Harry (Billy Crystal), a friend's boyfriend who's also heading home for the holidays. When they meet again, years later, Sally has grown up, and so has her wardrobe--her college prep attire has been replaced by a more sophisticated, womanly style, featuring tailored blazers, feminine, classically cut dresses, and layered casual looks. Harry and Sally form a friendship (despite the fact that their dynamic hasn't changed much), and eventually, the two have to navigate the revelation that they are, as they have always been, more than friends.