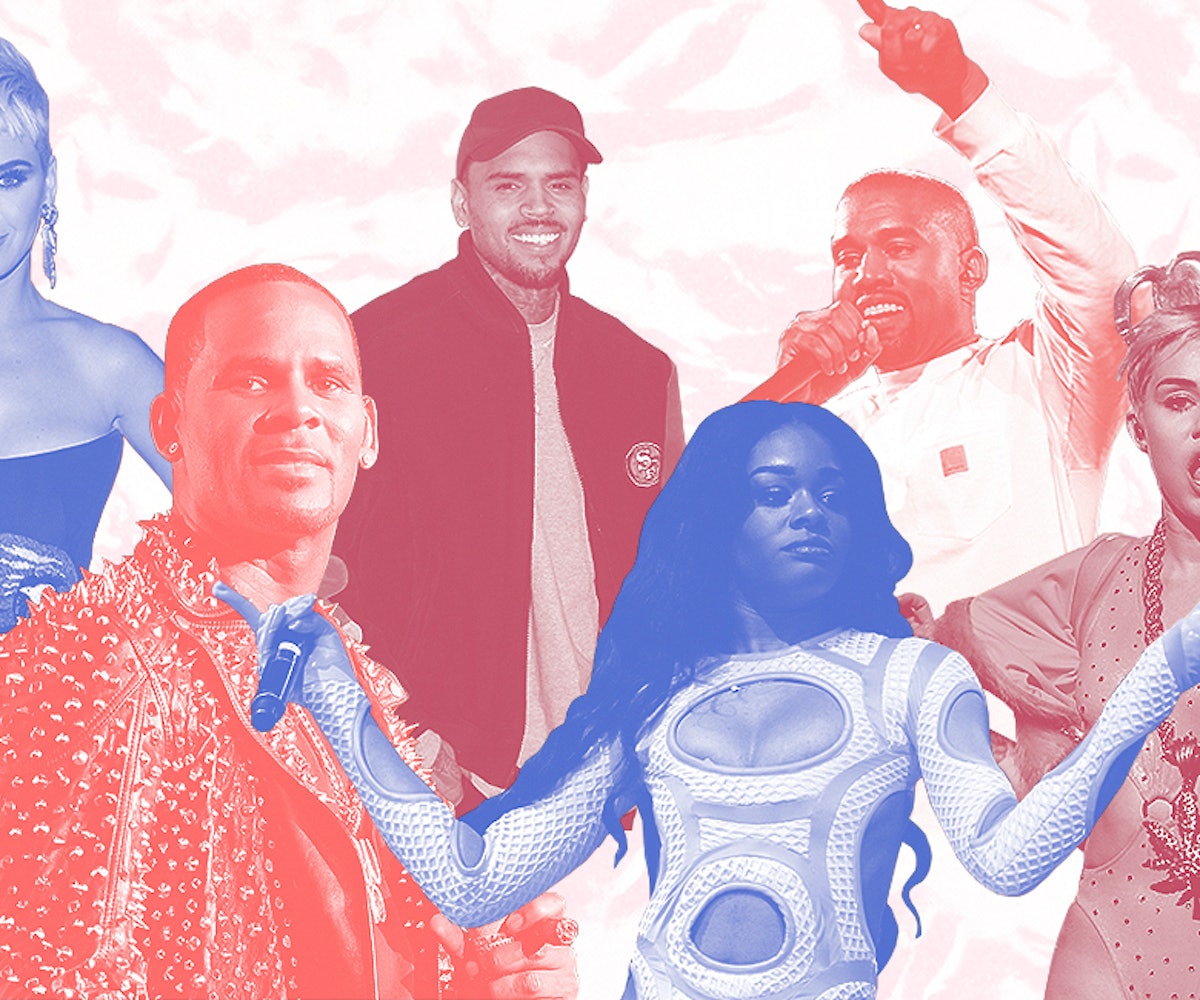 It's a hard time to be a fan of... well, you can pretty much fill in the blank. Whether Kanye or Shania Twain or Katy Perry or Azealia Banks (whose complicated nature we wrote about earlier this month), it's the rare musical artist who doesn't make their fan base pause and wonder whether or not it's worth it to like these problematic musicians. It's especially a problem when we see artists capitalizing off of people who they've insulted, as was the case earlier this month when rising R&B star Sabrina Claudio was "canceled" on Twitter after news broke that she'd used racist language toward women of color, particularly black women, on her old Twitter account. This was Claudio's first major controversy, and she issued not one, but two, apologies. However, that was not enough for many of her former fans.

But what if you really like Claudio's—or Kanye's or Katy's or Shania's—art? Can you separate the art from the artist? It's a loaded question—one that goes beyond the ethical implications of supporting an artist whose morality you find questionable, but also includes the financial implications of knowing your support perpetuates a compromised person's potentially problematic actions.

It feels like the answer should be clear, that we shouldn't support an artist who we don't support as a person. And yet, that's often easier said than done. Especially when you experience the art separate from the artist; like, maybe you've been listening to Kanye's music for years, and only learned about his Trump-loving tweets today.

Whether we as fans want to accept it or not, our idols are just like us—flawed and undeniably human. Sometimes, like in Claudio's case, they address their past and try to move forward with a new sense of understanding and growth. Other times, our idols end up being monsters and are past the point of forgiveness.

But forgiveness isn't really the point. It's one thing to personally accept an artist's public apology. But should you still participate in their success? Because ultimately, since artists profit off of our streams, purchases, and other financial support, we are putting our money where their mouth is, and endorsing what it is that they're saying and doing. So the question is not really about separating the artist from the art, but rather, what price do you put on morality?