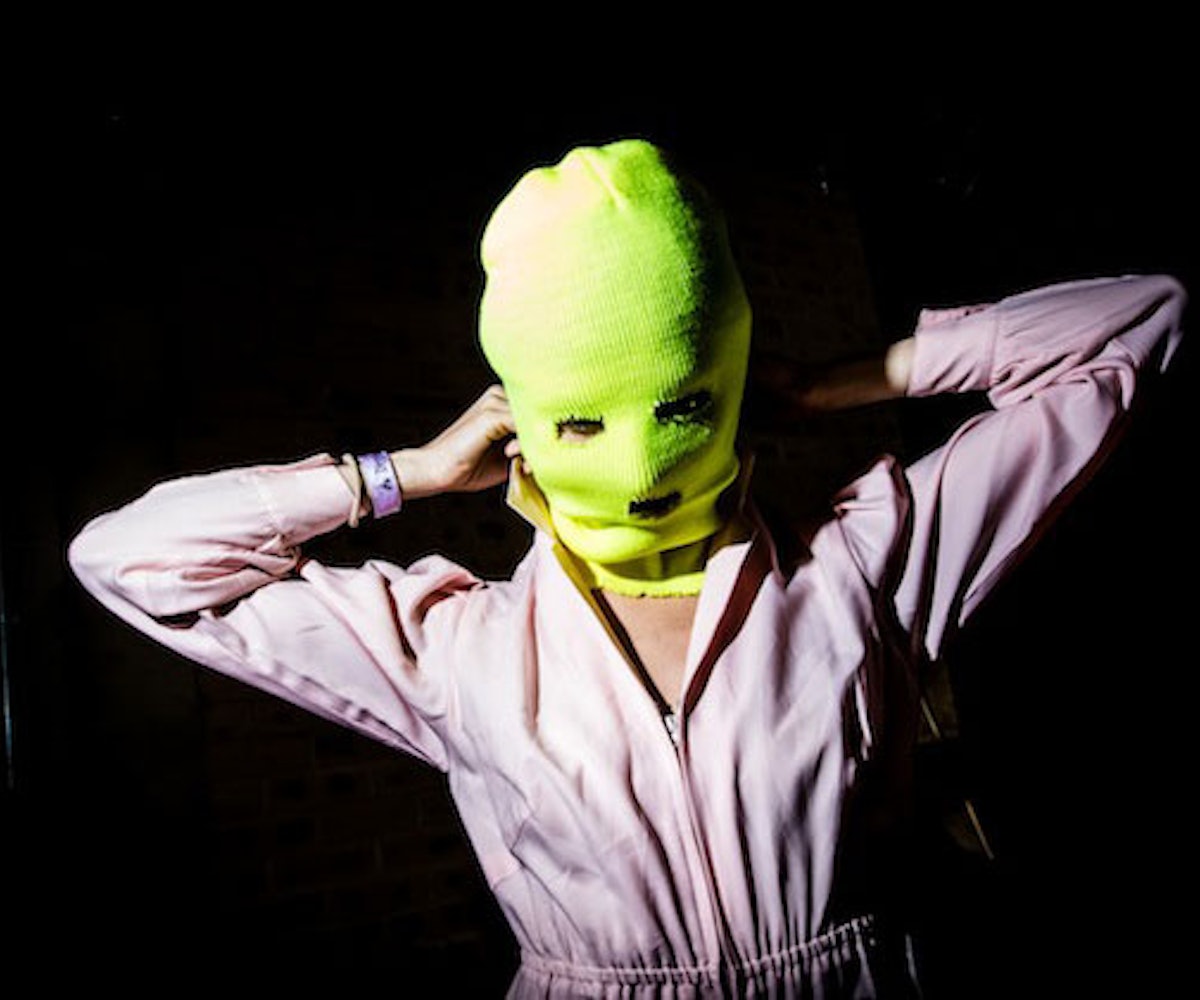 If you're going to shut something down, always ask Pussy Riot to be a part of it. The controversial group continues to oppose right-wing conservatives and take a firm political stand in everything that they do because "it’s the time to be loud and proud of your feminist, LGBTQ, and pro-refugees values." The Russian badasses recently released a video filmed at Banksy's Dismaland installation in the U.K. on the closing day of the "bemusement" park on September 25.

Directed by Ralf Schmerberg and music producers BretonLABS and Ten Ven, the footage is as dark and chaotic as you would expect, but the message behind the song is empowering. The title is pretty straightforward—"Refugees In" is a song dedicated to refugees. Pussy Riot further elaborated on the importance of the refugee crisis in an official press release, which we've included an excerpt of, below.

Today’s Europe faces a big new challenge. The current refugee crisis will become a defining issue of our generation. Pussy Riot feels this European challenge as their own.

Over 750,000 refugees have arrived in Europe so far in 2015. Many more are coming. They are mostly escaping from war or persecution in Syria, Afghanistan, Eritrea, Iraq, Sudan. Thousands are dying on the way. In the U.K., for example, refugees cannot apply for asylum from outside the country—so they are forced to travel there illegally.

Why can’t we live in a truly global world, not one with locked borders, razor wires, and refugee camps? History has shown that migrants can be innovative and entrepreneurial. Look at the U.S. for an example of a whole culture built on the input of immigrants and migrants.

Thousands of ordinary people across Europe are trying to help, but most governments are not matching their efforts. We believe in solidarity with human beings in need, wherever they are from, whatever their background. This is not a question of politics or nationality, but of saving human lives.

Pussy Riot will be working with London-based art group The Connor Brothers by helping the refugees in Calais, Paris through the NGO "Refugee Response Foundation." Pussy Riot is planning on visiting the city in January 2016 to build shelters in association with students from the architecture department at Cambridge University to assist with the ongoing housing issue.

According to Nadya Tolokonnikova, Pussy Riot is planning on releasing more disturbing videos like the one below next year, and they "hope that you will not like them."