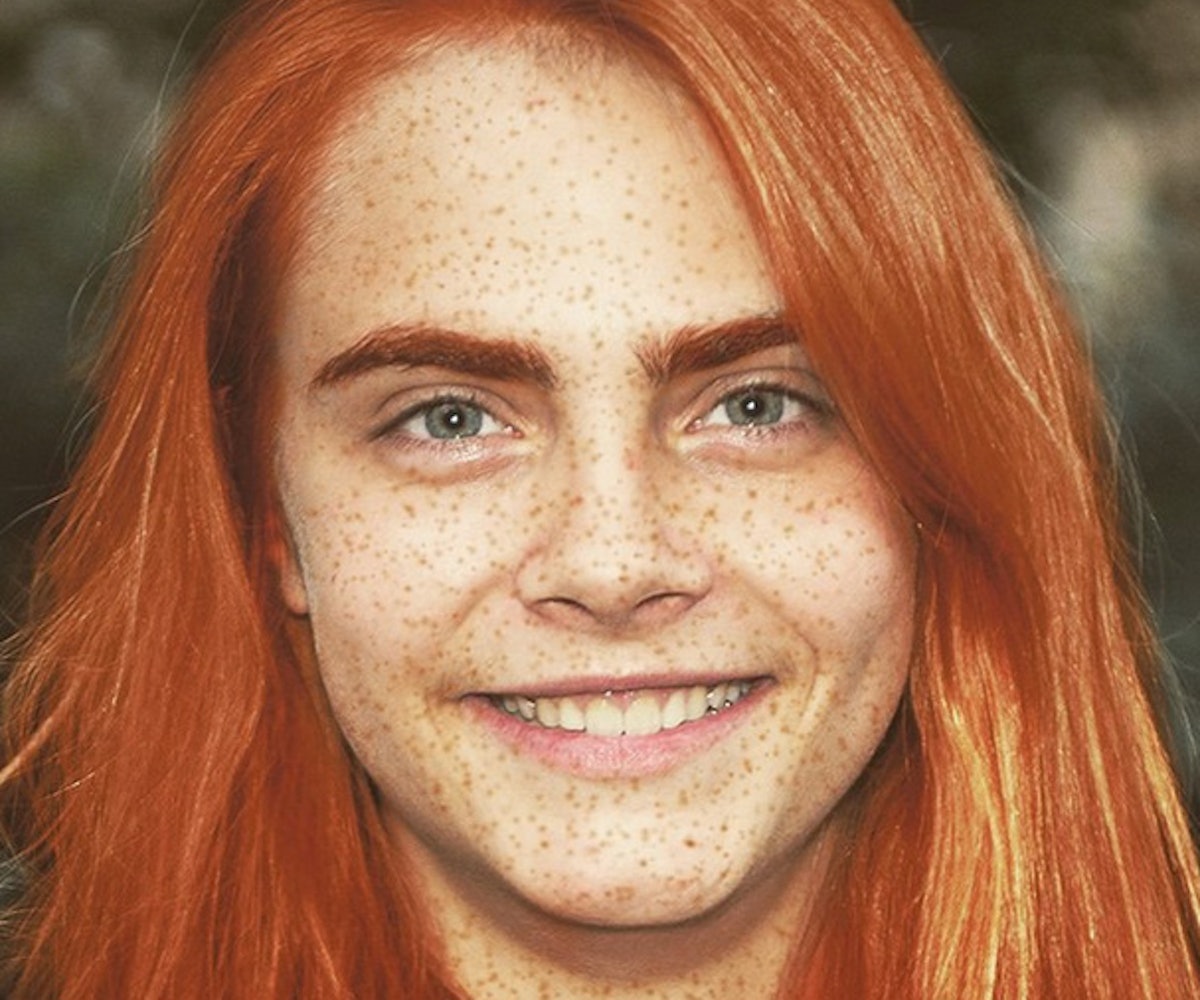 Photo via @putarangonit
by Hayden Manders
May 6, 2015

The Internet, like the mind, is limitless. The tiniest of thoughts—like Gee, I wonder what Oprah would look like as a full-fledged redhead—can come to digital life in a matter of moments. And as of April 28, no one has to wonder the aforementioned wonder anymore because an

/Tumblr account that photoshops red hair on your faves exists. What a time to be alive.

Dubbed Put A Rang On It, the account takes photos of celebrities and transforms them into redheads—freckles and all. Created by Australian advertising creatives Josephine Burns and Nadia Ahmad, Put A Rang On It has already amassed nearly 4,000 followers on Instagram. The name is a hat tip to both Beyoncé's "Single Ladies (Put A Ring On It)" and Portlandia’s “put a bird on it” bit. “Rang” references the colloquial Australian term for redhead called “ranga.” (A good pun is always appreciated.) Speaking of puns, Burns and Ahmad come up with some pretty solid ones for the celebrities they put “rangs” on. The results are very convincing, too—almost eerily so. See for yourself ahead.