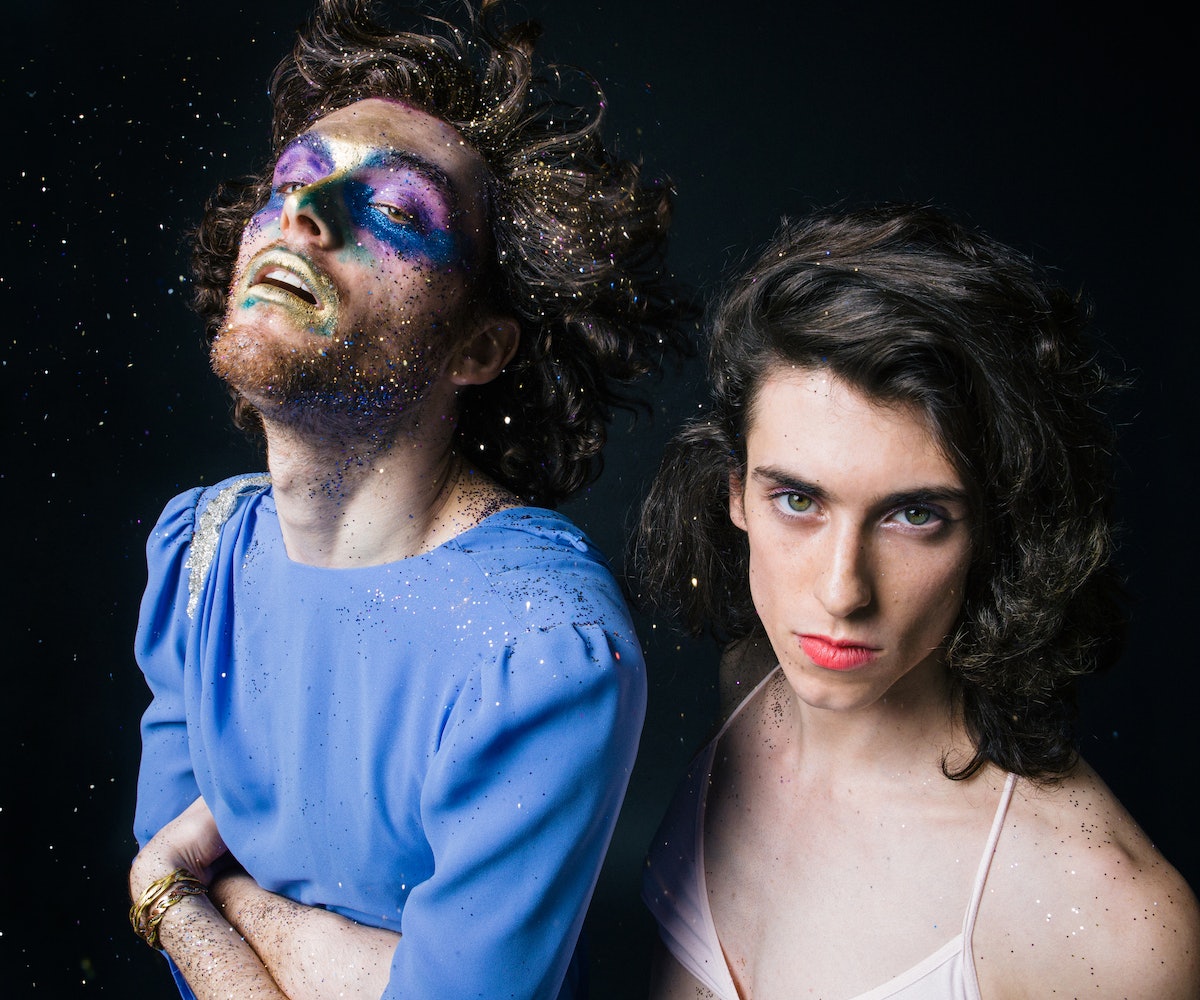 For young and old queer kids alike, New York's punk duo PWR BTTM were icons in the making. Their colorful gender-nonconforming performance, outspokenness, and mission to create safe spaces at their live shows were admirable, if not downright revolutionary. It made them, and their fans, a force to be reckoned with, putting them on a glittery pedestal most bands can only dream of so early in their career. Then, on May 11, 2017, it all crumbled in a heap of gleaming dust, shock, and confusion, just one day before the much-hyped release of their sophomore album, Pageant.

Ben Hopkins, one-half of PWR BTTM, was accused of abuse across a variety of LGBTQ internet forums earlier that week. Together with fellow band member, Liv Bruce, they released a statement directly addressing the allegations via Facebook. "These allegations are shocking to us and we take them very seriously," they wrote. "Further, the alleged behavior is not representative of who Ben is and the manner in which they try to conduct themselves." (Both Ben and Liv make a point to promote respect and safety within their live shows, urging the venues they play to have gender-nonconforming bathrooms.) They opened an email account to discuss the allegations with abuse survivors and addressed a previous incident in Ben's past where they posed next to a swastika, and their use of anti-semitic and transphobic language. But these efforts were insufficient: PWR BTTM was dropped from their management and a few festival lineups; their touring band and opening acts dropped out; they canceled the Pageant release party and subsequent tour; their record label, Polyvinyl, ceased distributing their music and both albums were taken off streaming platforms (their debut album, Ugly Cherries, is back on Spotify now)—all in a swift 48 hours.

"I've never seen a label respond in such an irresponsible way in the 30-plus years I've been in the music business," Lisa Barbaris, PWR BTTM's new manager, told Billboard in June.

Indeed, PWR BTTM's backslide is shocking, especially when cisgender heterosexual male acts who have been accused of sexual abuse, like R. Kelly, are still given a stage to perform on and standing ovations. Even smaller acts, like Swans, whose singer and guitarist Michael Gira was accused of rape, get glowing reviews and successful tours following the allegations with hardly any uproar. The difference is glaring: marginalized individuals who commit repulsive acts are demonized, while cis hetero individuals get by with a "scandal."

If there is a silver lining to be found in the two months or so that have gone by since PWR BTTM's fall from grace, it's the strength of the queer community and the standards it holds its icons to. PWR BTTM was an image of possibility and authenticity to many queer and questioning people. But the queer community understands the business of believing survivors, giving them a voice, and holding those with a big platform accountable. Had the same been done for people like Chris Brown or Casey Affleck, we wouldn't be hearing them on the radio in featured tracks or seeing them winning at award shows. The queer community is one of marginalized survivors fighting for liberation each and every day. The community PWR BTTM fostered is built more on the safe spaces their fans created, in and outside the live shows and on the internet, and is not reliant on the individuals parading around a stage. It asks others to do better and look out for one another. Some would say this is simply about killing your darlings, but really, it's about the importance of speaking truth to them. It's the most authentic thing one can do.