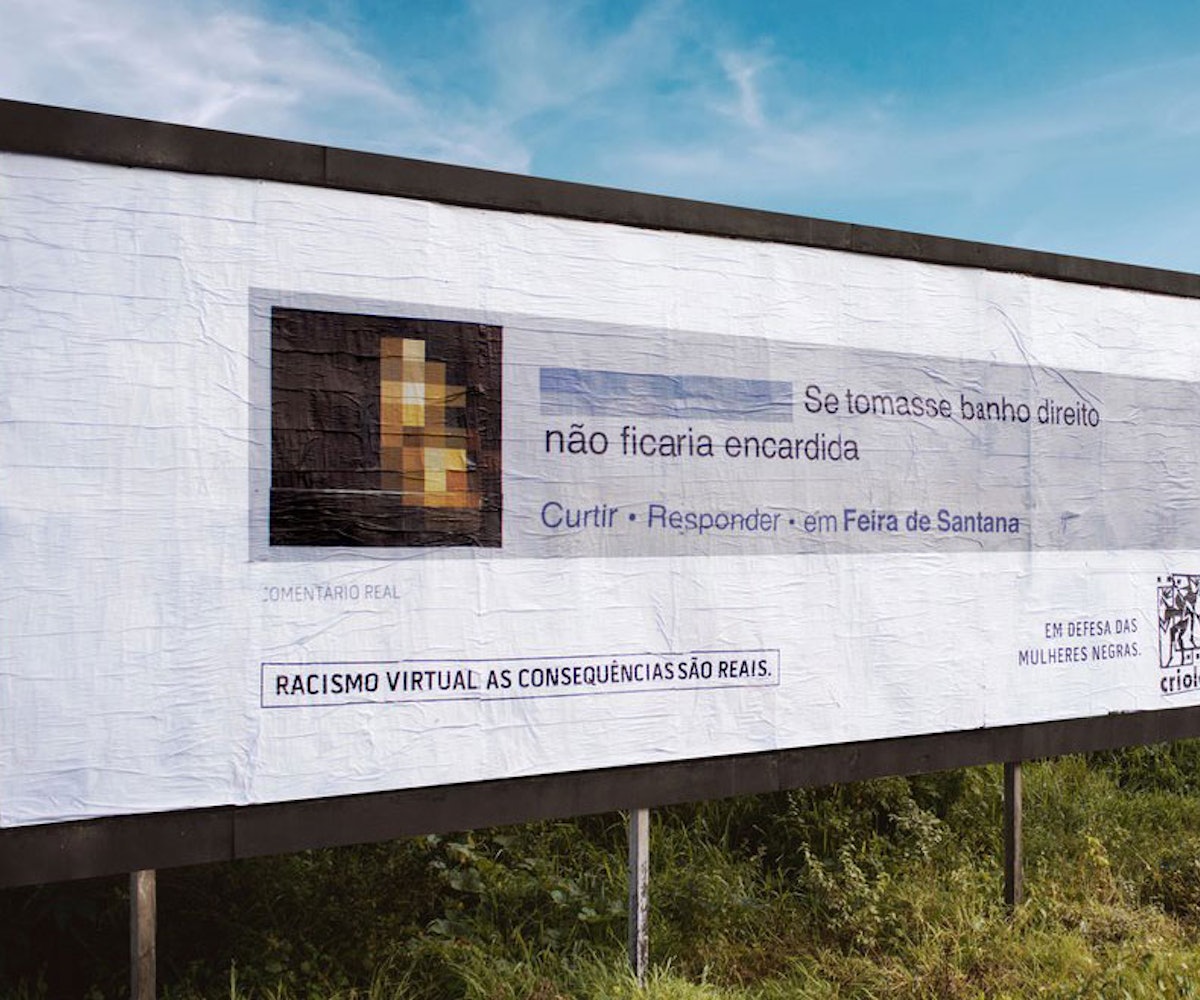 Racists, beware! If you live in Brazil and post racist comments on social media, you might find your offensive words blown up on a billboard. Criola, a non-profit organization on a mission to defend black women's rights, has launched a new campaign called "Virtual racism, real consequences." The movement was inspired by Brazilian journalist Maria Júlia Coutinho after she became a target of racist commenters on Facebook.

Using the location tag from Facebook posts, Criola finds out where the commenters live, purchases billboard space in their neighborhoods, and at some point, they wake up to their horrible words plastered outside for everyone to see. Essentially, Criola is tracking down trolls one comment at a time. The names and photos are blurred out because the organization has "no intention of exposing anyone." The whole purpose of the campaign is to "educate people so that in future they think about the consequences before posting racist comments."

Racism happens on and offline, but this is the ultimate in-your-face reality check.