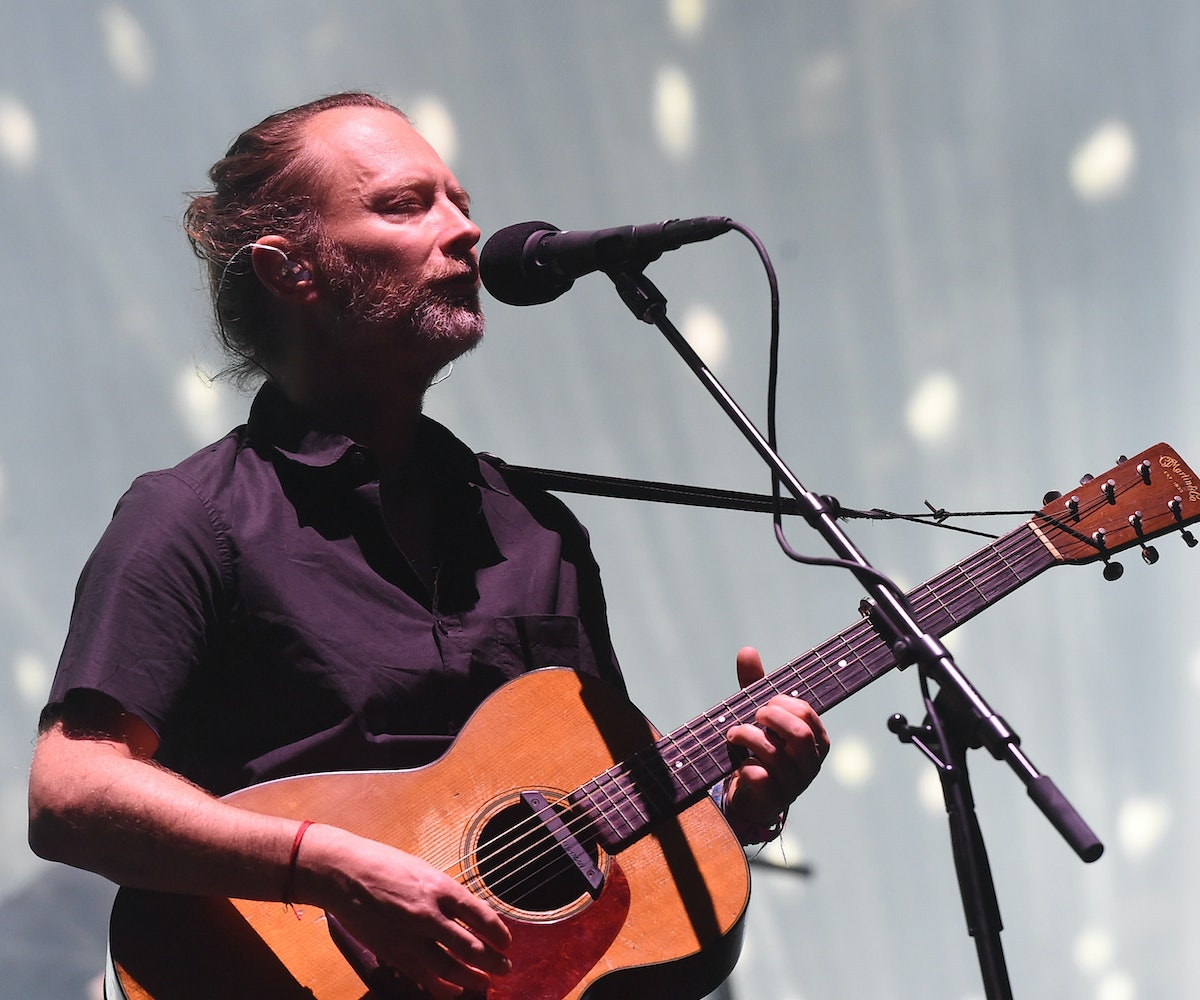 Everyone has been patiently waiting for the deluxe reissue of Radiohead's OKNOTOK, which will be released on June 23 to mark the 20th anniversary of Radiohead's third album, OK Computer. However, a Reddit user made the discovery that the band is blessing us a few weeks early with a standalone track ahead of the album—a single called "I Promise"—which will be available Friday, June 2.

"I Promise" is a previously unreleased track from the OK Computer sessions that they've often played live since OK Computer first came out. However, this is the first official studio version of the song to be released. See below for the live performance of "I Promise" from 1996.

The rest of OKNOTOK is set to feature two other unreleased recordings, "Lift" and "Man of Promise." The three tracks are coveted as "lost" songs that have never had studio versions but fans loved from the live performances. Of their single, "Lift," guitarist Ed O'Brien told BBC Music 6 the reason that the band originally excluded the track was that "If that song had been on that album, it would have taken us to a different place."

The album is available for pre-order now, with a boxed version of it to be shipped in in July, featuring three vinyl records and a hardcover book of more than 30 pieces of artwork. See below for the full track list:

09. Climbing Up the Walls

05. Meeting in the Aisle

NEXT UP
Entertainment
On ‘Cool It Down,’ A Spitfire Band Matures
Entertainment
YDE On Her EP, Lady Gaga & Making New Short Film 'Send Help’
Entertainment
Paramore Announces Album 'This Is Why' For February 2023
Entertainment
Demi Lovato & Ashlee Simpson Sang "La La" On Stage