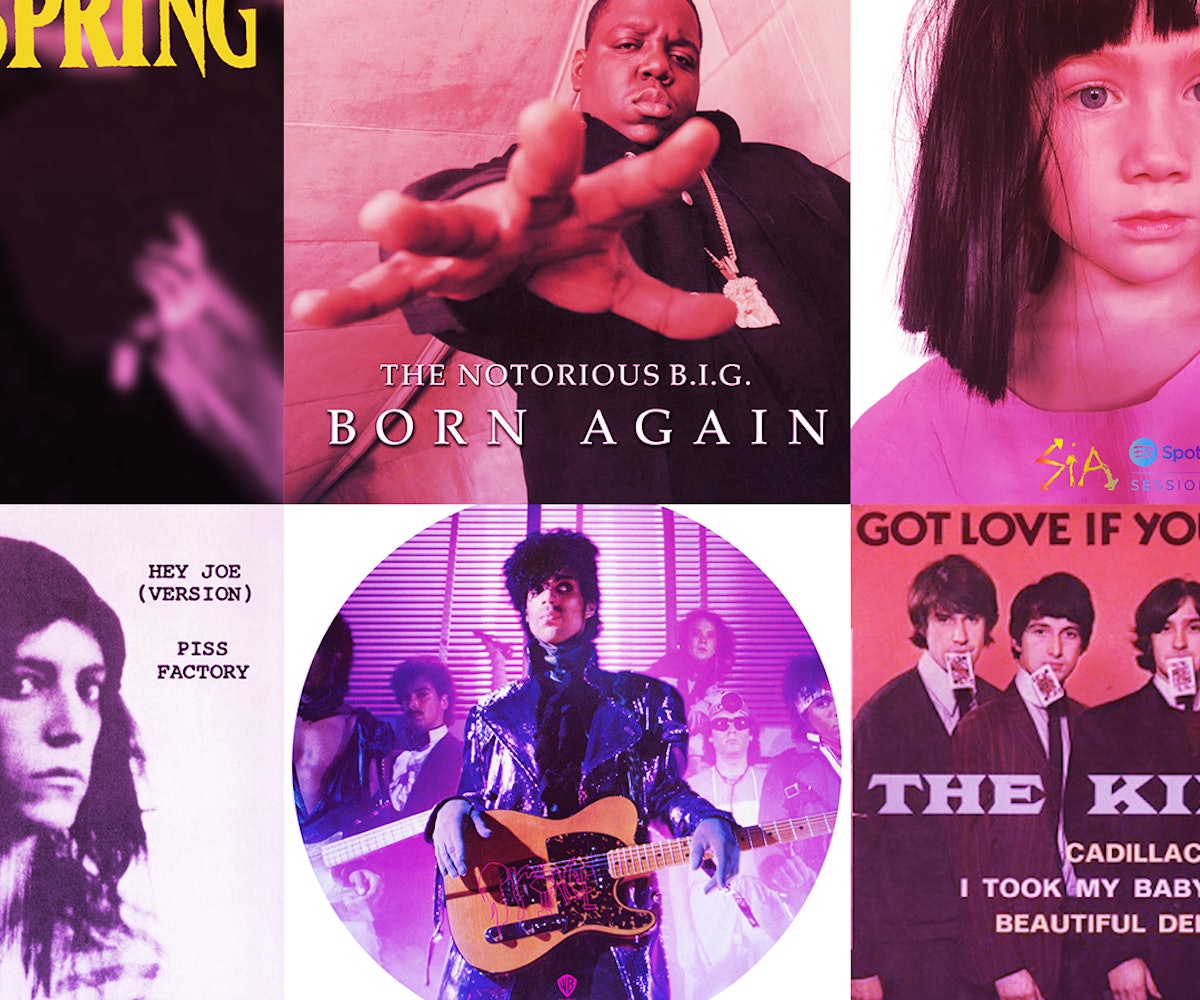 Hipsters rejoice! Record Store Day 2017 is finally here. This year’s exclusives are one hell of a mix. Music snobs and pop lovers alike will easily find something to take home to add to their vinyl collection. You better be prepared to snatch up your faves bright and early before they inevitably sell out. RSD is notorious for presenting plenty of strange gems, from unexpected side-by-sides to cult classic soundtracks. It's almost impossible to narrow down a shopping list to be within any real person's budget, so we'll settle for whatever we can get our hands on from our faves after fighting the long lines.

More than a few crucial releases weren't able to fit within the list, like Andre 3000's iconic "All Together Now" interpretation and Blondie's newest, Long Time (which is limited to 750 copies). Look through the gallery below to see 25 of the best and quirkiest RSD exclusives. If you’re feeling adventurous, navigate the full list of RSD exclusives and find your local participating store here. Whether or not you go hard this Record Store Day, celebrate 10 years of vinyl appreciation and show your local indie record shop some major love.

Florence Welch is probably the only thing that could have made a collab between RZA and Interpol's Paul Banks better than it already was.

BOWPROMO is the revival of the demos that started it all, featuring seven tracks that were crucial to getting Bowie signed. This limited edition box set features a replica of the original promotion, with an additional five exclusive prints.

This 7", one of Dolly's earliest releases, has been replicated to be as true to the original as possible. Hear the pre-superstardom 13 year old croon "Puppy Love" and B-side "Girl Left Alone," a track written with her Aunt Dorothy Jo Owens and Uncle Bill Owens.

Okay, but for real, who doesn't want a double hot pink set of this crucial record?

Smith's cover of Roy Buchanan's "Hey Joe" and B-side "Piss Factory" are to be reissued in the original picture sleeve for the first time since its release in the '70s.

Do we really need to spell out why you need this picture disc in your life?

10 years after the album's original release, it will be available on vinyl for the first time ever as an RSD exclusive.

All the necessary iconic singles authentically reproduced and tucked neatly into a cigarette-style box.

Before they were Tegan and Sara, they were Sara and Tegan (shocker, we know). Their first self-released album will be available on vinyl for the first time ever as a RSD exclusive.

If you haven't cried to this album already, you're lying. This RSD, you can hear Sia's voice through the speakers of that turntable you bought to up your aesthetic during freshman year of college (we're so not judging, but please put it to good use with this one).

After begging for this re-release for years, fans finally have the chance to get their hands on Brody Dalle's debut on a major label with The Distillers' third studio album. A definite grrrl punk must have.

Travel through the song development of two tracks from Cleopatra, from seed to fruition. Fans will get the most personal take through demo, album, and live cuts of "Angela" and "Long Way From Home."

Commemorate the 20th anniversary of Biggie's death with this double gold vinyl reissue.

The Boy With the Thorn in His Side— The Smiths

Channel your broodiest inner hipster with two previously unreleased versions of "The Boy With the Thorn in His Side" and "Rubber Ring."

The second charity collab between Homeshake and Alex Calder will have a limited run for RSD, so hurry out and snag your copy. All proceeds go to the International Refugee Assistance Project.

Celebrate the 40th birthday of the classic film. For this RSD exclusive, The London Symphony Orchestra plays two tracks from the iconic score: "Main Title" and "The Throne Room and End Title."

Space Jam: Music From and Inspired by the Motion Picture— Various Artists

Aside from being a critical movie, the soundtrack features classic hits from R. Kelly, Salt-N-Pepa, D'Angelo, and so many more.

Early demos, cuts, and live tracks are all brought together for the perfect 10".

"Back in Your Head"— Tegan and Sara/The Regrettes

Got Love If You Want— The Kinks

Throw it back to the band's debut with this transparent blue vinyl reissue.

Just look at this picture disc and tell me you don't need it in your life. On the B-side you'll find "Rosanna" along with an image of the song's muse Rosanna Arquette.

Like a Drunk in a Midnight Choir...— Various Artists

Remember the late Leonard Cohen with this collaborative record. Hearing Cherry Glazerr take on "I'm Your Man" with Mike Watt is reason enough to grab this. All proceeds benefit the Pablove Foundation.

The cult classic film celebrates it's 35th anniversary with a picture disc reissue.

Thinking of a Place— The War on Drugs