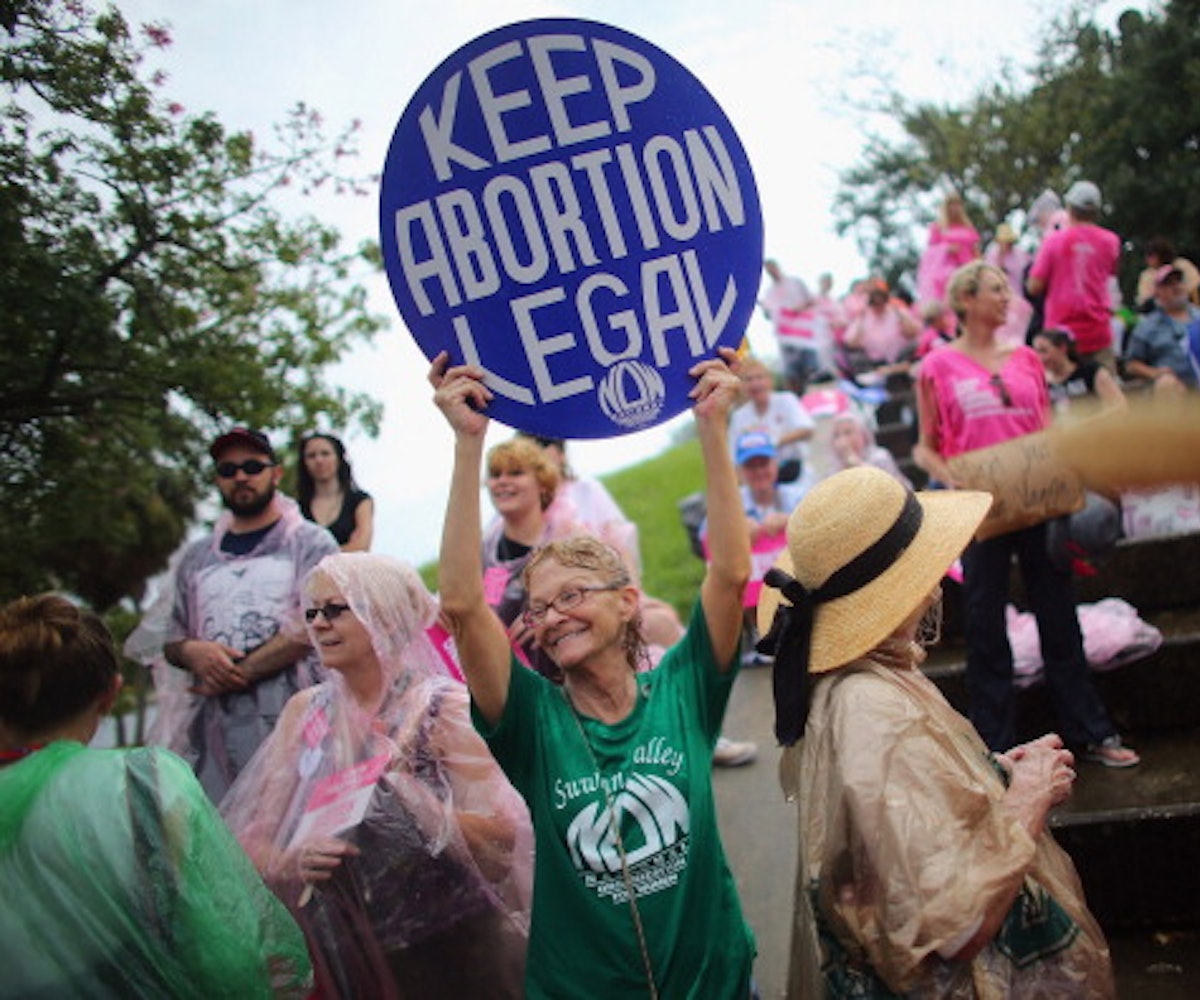 Let's just get this out of the way: Republicans say an awful lot of stupid things. Just this morning, Donald Trump attempted to blackmail recently fired FBI director, James Comey, by threatening to release "tapes" of their conversations. Trump did this via Twitter because he maybe doesn't know that everyone can see his tweets?

Last week, David Eastman, an Alaska state representative, said something stupid, too. As Jezebel reported, Eastman said in an interview that he's pretty sure women get abortions so they can get "a free trip to the city." Woohoo! What woman wouldn't want to go through an invasive medical procedure, one which sometimes—though not always, and that's okay, too—is a difficult and complicated decision, as long as she gets the chance to see, say, the Space Needle? Eastman seems to really, like, get women and their relationship to accessible health care.

But, lest you think every blowhard Republican in America goes unpunished these days, never fear. Today, Eastman was formally censured by the Alaskan House of Representatives for his grossly insensitive and inaccurate statement. The Cut reports that Eastman apologized prior to the censure vote (one lawmaker called it "the worst apology ever"), and that "the vote to censure Eastman fell along party lines, with most members of the Republican minority voting against it for fear it would restrict members’ free speech."

We'd like to think that this censure will teach Eastman, and by extension all misogynist politicians, to not only think before they speak but also to really consider the inherent sexism and classism core to so many of their political beliefs. We'd, you know, like to think that. But then we remember who the president of this country is, and we start to shake with uncontrollable rage. Happy Friday.