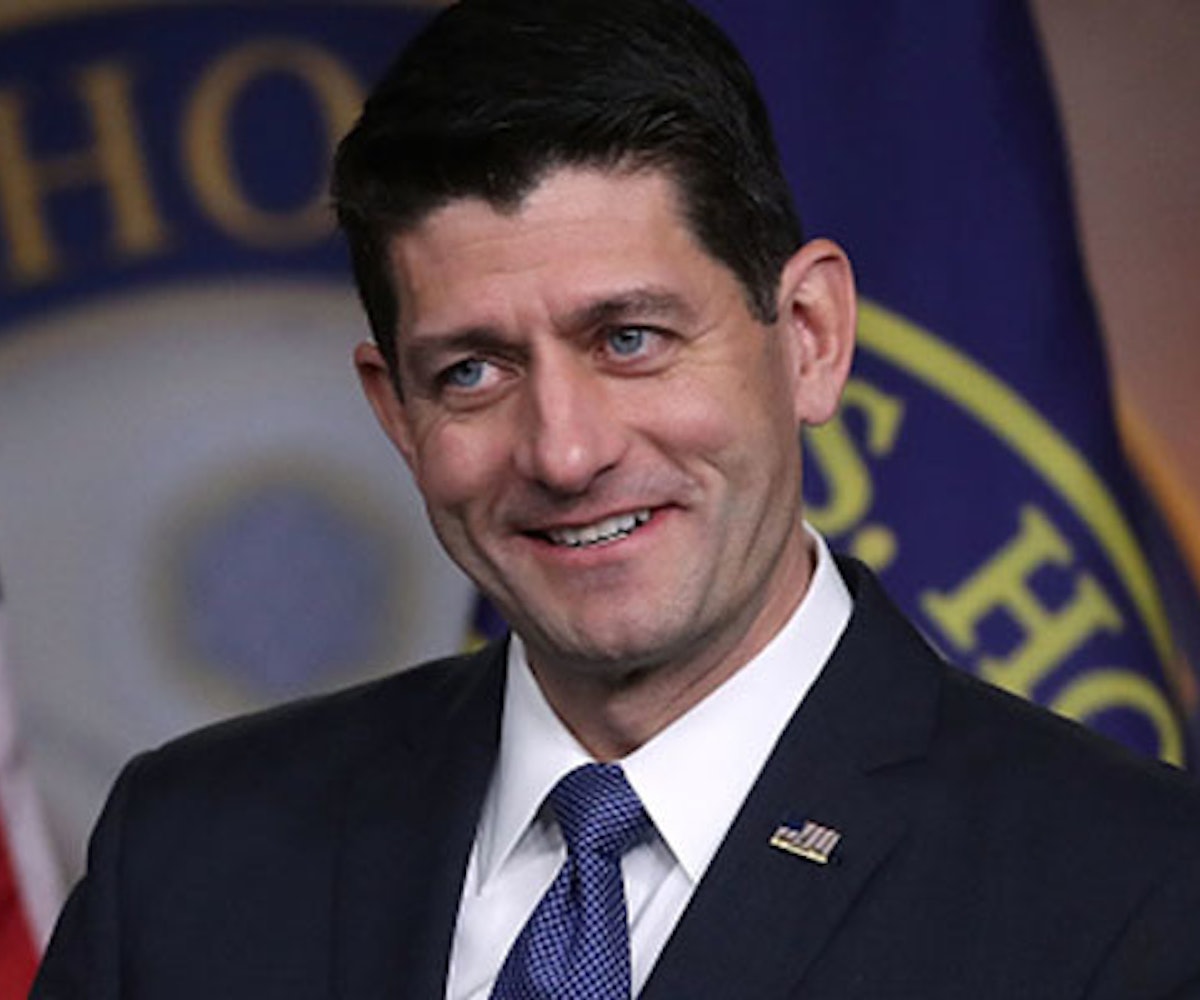 At a press conference on Thursday, House Speaker Paul Ryan suggested that the "new economic challenge for America" is "people," and that we need "higher birth rates" to help turn things around. Because what woman wouldn't want to have a child in a country that has no paid maternity leave and the highest rate of maternal deaths in the developed world?

He cited the low rate at which people are entering the workforce in America as evidence that women should start popping out more kids. This doesn't make much sense considering women are driving the rise in workforce participation, and they can't really do that if they're having a baby every nine months.

“[We’re] going to need more people,” Ryan continued. It's important to note that Ryan wants more American-born people, rather than immigrants, who currently comprise more than 17 percent of the U.S. workforce. As Jezebel points out, he's echoing nationalist sentiments made by other Republicans, like Representative Steve King. “We can’t restore our civilization with somebody else’s babies," he tweeted in March. He reiterated this idea on CNN, saying, "You’ve got to keep your birth rate up, and that you need to teach your children your values. In doing so, you can grow your population, you can strengthen your culture, and you can strengthen your way of life.”

It's unsettling that Ryan and King see women having more children as a viable solution for our economic problems. The Republican party has consistently treated women like baby-making machines and systematically worked to strip away their rights to make decisions with their own body. And with the recent GOP tax bill, which gives money back to the insanely rich and hurts anyone making less than $30,000 a year, how do they expect women to pay for these babies?

The average American woman makes less than $50,000 a year and it costs $233,610 to raise a child. When asked by Gallup why they weren't having more kids, 65 percent of respondents cited "not having enough money or the cost of raising a child."

Also, we're not walking wombs that you can enlist to repopulate the country. And you know what else really hurts the economy, Ryan? Bad policy. And I think we all know who we can thank for that.