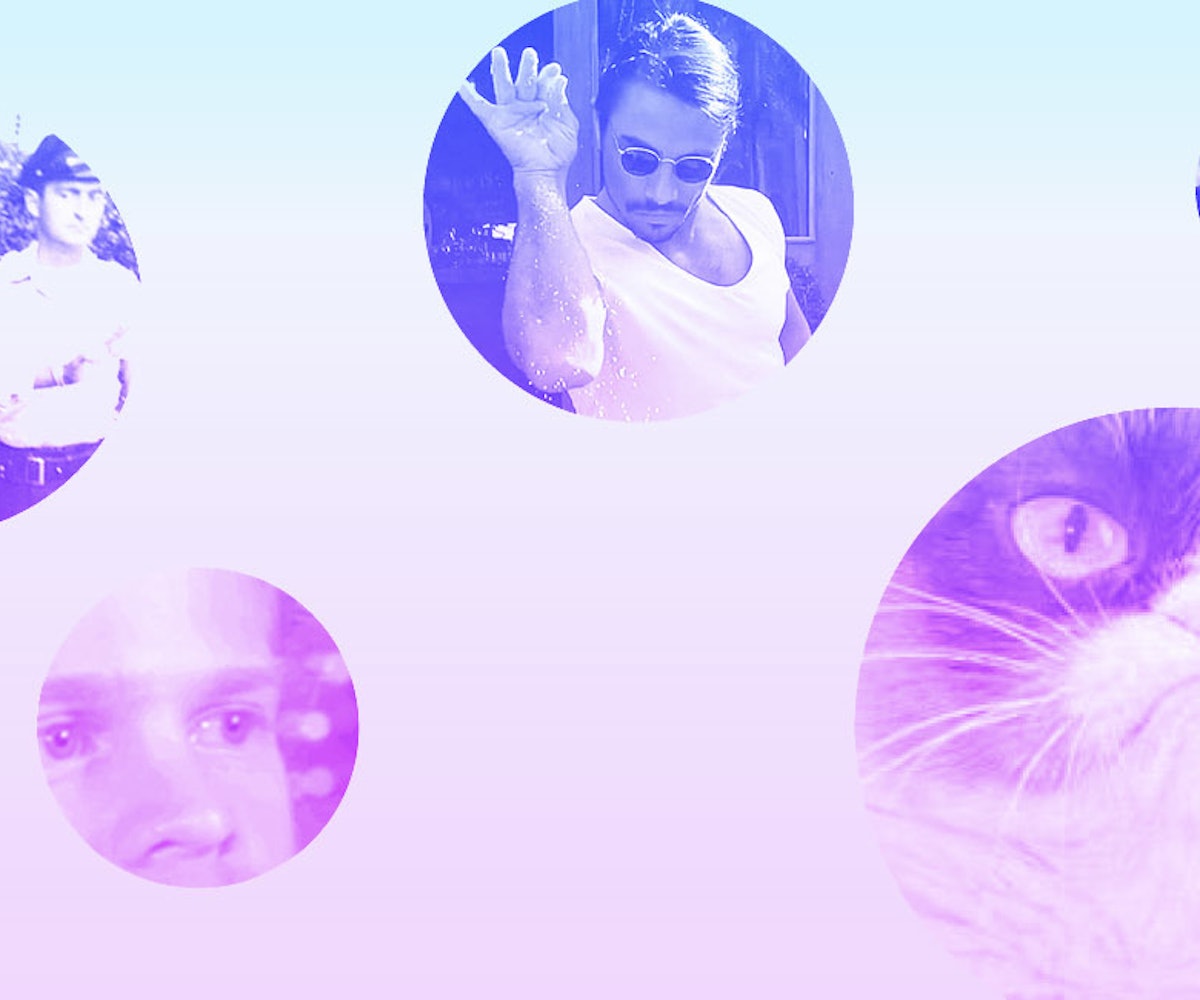 Remember Salt Bae? White Guy Blinking? Arthur Fist? They might not be as ever-present on the internet as they once were, but there was a time when they were all over the place. And even if they're now gone, they've been replaced by other images, like Guy Checking Out a Girl.

Every other week, it seems like a new meme takes the internet by storm, images careening down Facebook newsfeeds and Twitter timelines. While often dismissed as silly-yet-relatable jokes, a look at their subtext reveals they're so much more.

The most obvious example of this is the way Donald Trump has become a common target of meme-makers for his endless and sometimes nonsensical Twitter rants (covfefe, anyone?), but the digital pitchforks of social media have skewered everything from Kendall Jenner’s Pepsi commercial to Dove’s whitewashing ad. Sociopolitical theories and concepts are often couched in confusing academic language, but memes have come into vogue as a way to break down complex concepts: to poke fun at them, to make them funny, and to make them palatable for the masses. They allow people to discuss the issues that are relevant at that moment in a way that is not only entertaining but also easy to understand. Complicated ideas can thus be digested in a split second, quickly getting the "why" across. Why, for example, was the Pepsi advertisement, in which Jenner ends a protest by handing hostile police officers a soda, in such bad taste? A meme of Dr. Martin Luther King, Jr. being violently arrested, with the phrase “Now hold on, officers, I have a Pepsi” plastered across the bottom, instantaneously illuminates the flippant and derisive attitude toward political protests in the commercial.

Memes fall in a long tradition of satire through comedy. Much like political cartoons of yore, they are Trojan horses wherein an idea is wrapped up in humor for prime delivery. They break down and unpack at a glance what could be considered a complex theory, utilizing imagery that is sharp, witty, funny, and straight to the point in order to convey an idea instantly. Long-winded theories of racism, sexism, classism, and other –isms might be dismissed as boring, staid, confusing, or hard to understand, but memes are short, sweet, and to the point, allowing people to grasp and understand things in a way that perhaps they wouldn’t have understood previously. They literally grant access to these concepts through memes. And due to the intense viral nature of internet sensations, when memes get around, they have the ability to reach people that maybe never understood or thought about said concepts and social commentary prior to seeing the meme.

They are the sociopolitical cartoons of our generation.

Memes represent valid social commentary and the multitude of ways to break down what’s going on in our daily lives as well as within popular culture. So why do we so often look at them as simple and dumb? Similar to how TIME’s Annual Worst Words Poll primarily targets youth-driven internet slang and African-American Vernacular English (the former of which is often interchangeable with the latter), memes fall under the banner of "unserious," despite their often-sociopolitical undertones, due to their association with young internet culture and black people.

But now, more than ever, it's time to give memes their rightful shine. As social media and the internet evolves, their usage has also evolved beyond Grumpy Cat and Why You Always Lying? The next time you find yourself copy and pasting the newest viral hotness in order to convey a social construct, just remember to respect the meme.

NEXT UP
Life
Jennifer Coolidge Checks Back Into ‘The White Lotus’
Entertainment
Netflix's 'Dahmer' Criticized By Victim's Families
Entertainment
Shania Twain's "Waking Up Dreaming" & 9 Other New Songs Out This Week
Entertainment
Who Will Rihanna Bring To The Super Bowl?