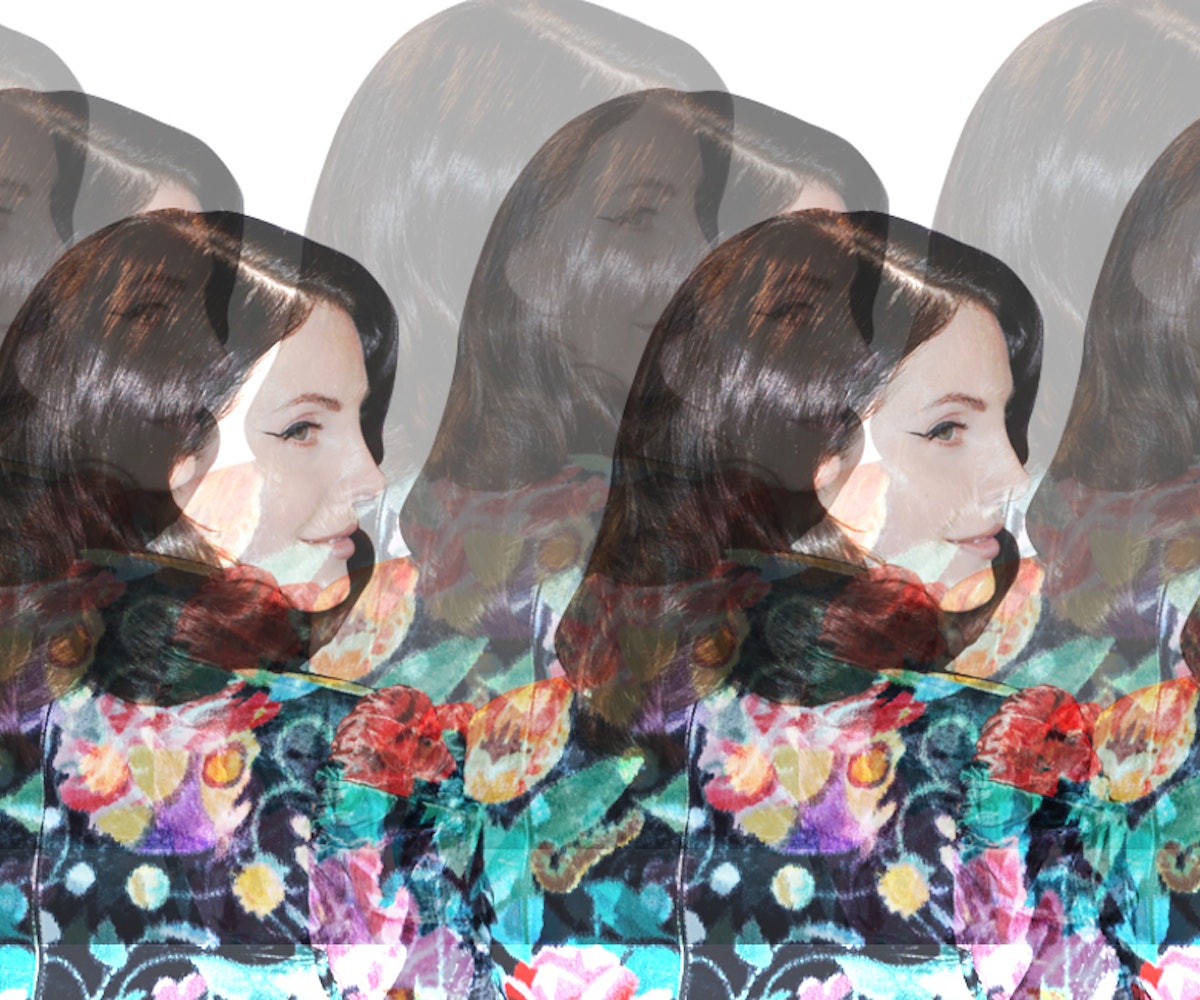 What’s in a name, eh? Lana Del Rey’s "Cola," a track from her Paradise EP, has been metaphorically boxed up and stored away in the attic, unlikely to see the light of day again, given the strong rumors that the song—and the above line, in particular—is about disgraced producer Harvey Weinstein.

“When I wrote that song, I suppose I had like a Harvey Weinstein/Harry Winston-type of character in mind,” she recently confirmed in an interview with MTV news, going on to say, “Obviously I don’t feel comfortable with it now,” before saying the song would be “retired.”

It speaks to the blurred lines that exist between real life and mainstream pop culture now. Though it’s not as if Del Rey has cowed to pressure here, her choice to remove "Cola" from live sets does presume that pressure was expected. However, with "Cola" being an uncharted EP track, it was arguably a decision she didn’t have to think too much about—history shows us that once songs are out of their box, it’s quite hard to put them back in.

Someone who knows more than most about this is Paramore’s Hayley Williams. It was back in 2015 when she wrote a blog post addressing criticism aimed at the band’s biggest song "Misery Business," written when she was 17; in response to being called out on it again this year on the press cycle for their new record, After Laughter, she said, "If I can somehow exemplify what it means to grow up, get information and become any shade of ‘woke,’ then that’s A-OK with me."

However, "Misery Business" is still Paramore’s biggest hit, the gateway through which many of their incredibly devoted fans found them, and so it still occupies a prominent place in their live set. Seeing them earlier this year, this was the moment when CHVRCHES’ Lauren Mayberry was brought on stage to join them, and it’s also the song that plays when a fan is brought on stage to blast out the chorus with them. Were Williams to double-down on her misgivings about the lyrical content, retire the song, and replace with any number of her other brilliant, beloved ones, it’d be a case of shutting the stable door long after the horse has bolted, entered itself into the Kentucky Derby, won, and been put out to stud. Also, for better or worse, that song doesn’t belong to her anymore, it’s sort of not her decision to make—whatever it meant to her when she wrote it, it means something else to those fans now.

The question of whether or not a song can be retired becomes slightly more complex (or maybe not complex at all, depending on your stance) when discussing one of America’s preeminent songwriters Randy Newman. Newman’s songwriting is acerbic, ironic, witty, and very often written in character, often not particularly empathetic one at that. The song "Rednecks" is sung from this point of view, and includes the N-word—it’s the hook. There’s a question of verisimilitude here, I suppose, which Newman addressed in an interview with The Spectator this year, saying: “Once the guy was talking, I had to have him say... what he might say, because that’s what I’m sensitive to,” before he goes on to question whether or not he’d write the song now.

Incidentally, he said a similar thing about the POV character in his biggest hit, "Short People," on an episode of NPR’s Talk of the Nation: “The guy was nuts, he had some kind of odd sort of mania that I didn’t think anybody had. And they don’t basically. I’m not sorry that I wrote it, but I wasn’t sensitive to the fact that people were fairly sensitive about that subject.”

Now, far be it from me to ask one of America’s best songwriters to check his privilege, but in both of these pieces of self-analysis, he reveals his in sharp focus. In another interview, this time with Jon Ronson, Newman strolls the palm tree-lined Los Angeles boulevard where he was born, and, in a knowing mock to Bruce Springsteen, says, “How the hell am I gonna know America living here?”

The problem is, this question of verisimilitude isn’t one often applied to songs, in the way it might be for a novel or a film. Because we are hearing the word coming out of Newman’s mouth, at the end of a pretty catchy chorus, that’s not the same as seeing it written down in The Adventures of Huckleberry Finn. It’s harder to divorce the word from its origin, and impossible to forget its origin is “a white man” (see also: Quentin Tarantino). And indeed, while Huck Finn has sufficient time for the violence of the language to be condemned and dissected (Tarantino’s films have sufficient time to do this, too, incidentally, they just don’t), in the case of "Rednecks," this doesn’t happen in the text; we are relying on good faith of the audience, and knowledge of Newman’s previous work. And yet, you imagine that as with the backlash that came in 2011 when a version of Huck Finn was published removing those racial epithets, a similar thing would happen were Newman to cease playing the song for these reasons, or rewrite the hook line, a feeling that the audience’s intelligence was being insulted.

In today’s parlance, each of these songs would be referred to as “problematic"; there’s enough context to cover the author’s back against accusations of racism or sexism, but at the same time, they do reveal a privilege or help perpetuate a certain kind of culture. However, writing about the proliferation of this word in contemporary culture, Jamie Weinman argues that it has its own, err, problems, chiefly because its vagueness allows it to be applied indiscriminately to most things:

Because anything can be problematic, writers feel comfortable using it without trying too hard to justify it. This can be particularly common in art, where the use of a trope is sometimes justified on an individual basis even if it reinforces old stereotypes: calling it “problematic” sometimes seems like a way of sidestepping the question of whether it’s well used, or whether it should have been avoided.

The common denominator here is that of shifting context. Songs don’t exist in a vacuum, their meanings—arguably more than any other piece of art—are prone to all manner of different interpretation. Sang by both a man and a woman in a light-hearted musical scene, "Baby It’s Cold Outside" is ribald and flirtatious. Sang solely by a man, or read solely from a male point of view, it comes off as predatory. What the recent cultural awakening has led to is the introduction of the questions that Weinman claims all too often go avoided—is a trope well used, should it have been avoided. That’s what Del Rey was tapping into with "Cola," a trope, and her decision to pull it, based on how accurate that trope is, sets an interesting precedent going forward for how music and culture intersect. In effect, the overall question of whether it can be “retired” is moot—it’ll still exist online, people who like it will continue to listen to it, it’d be nigh on impossible to extinguish that song altogether. However, by addressing it in the current climate, Del Rey’s asserted her ownership of it and shifted the context herself.