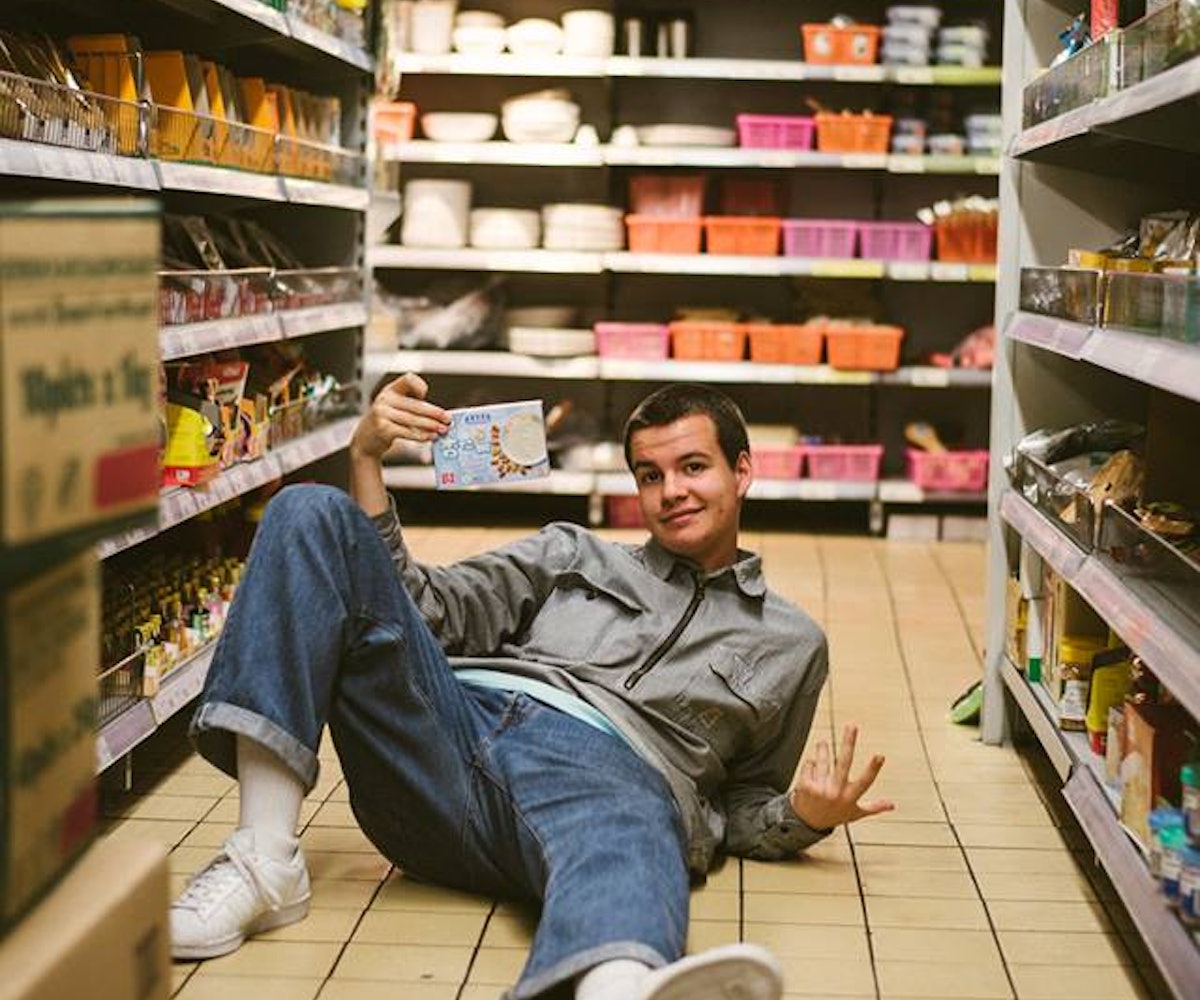 If the revival spell continues and The O.C. ever gets another go, it's easy to picture a Rex Orange County song coming on in the background of a dramatic scene between one of the show's many dysfunctional couples. It certainly helps that multi-instrumentalist artist Alex O'Connor (aka Rex Orange County) is just 18 years old, and, as such, isn't far removed from all the highs and lows of young love himself.

The defining track on Rex Orange County's forthcoming debut album, Apricot Princess, is the latest single, "Happiness," which highlights how O'Connor feels in his current relationship. Instead of sending your crush some super-corny playlist, forward one of these tunes their way. They'll get the message loud and clear.

Rex Orange County's Apricot Princess is out now. Get to know the man behind the music in the interview, below.

Being able to arrange string parts and getting an eight-piece section to play my parts for the album.

Stevie Wonder. He’s my favorite artist ever, and I think the best pop artist of all time.

I actually don’t drive, but when I’m in an Uber, me and my girl tend to request Capital FM and discuss our opinions of what’s being played.

I’m usually just writing lyrics alone in my room, but I’m happy to be producing and writing chords anywhere… Usually on the train.

No. I haven’t played enough shows to know that.

The era we’re in now works best for me. I feel like I can do everything I need to, and most things are super quick and accessible to me as a young person. That being said, I would have loved to have been making music in the '90s. Seems like back then things that were original really stood out as unique. I guess it would have been cool to be a part of that.

I’m not actually as emotional as everybody thinks. The songs are super personal, but that’s just one side of me, and I guess people just assume I’m some troubled guy who’s constantly sad.

What's your next project?

I’m sure I'll begin the next Rex album soon. I’m trying to write for other people, too, so should be interesting. I just want to continue making things and working with new people.

Doing exactly what I do now, but in a position to do EVERYTHING I’ve ever wanted to do. And still be with my girlfriend in our own house.

I think there's no limit to ambition, and if you want something, you can make anything happen, so go for it.