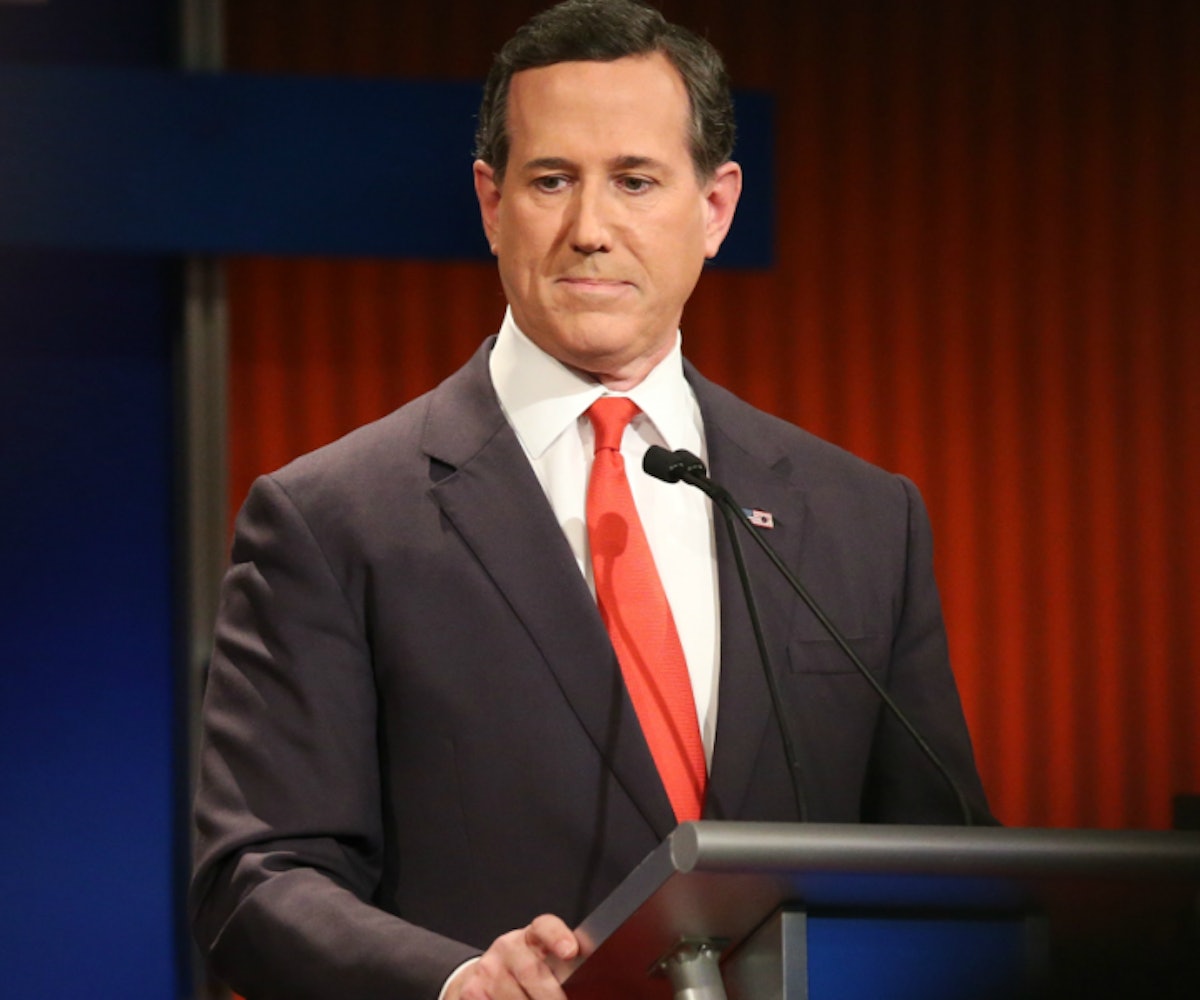 Following the success of March For Our Lives, we were all on a bit of a high knowing that the efforts of the student survivors were effecting change—but leave it to dumb comments from a former GOP presidential candidate to send us crashing back to earth.

Former Pennsylvania senator Rick Santorum angered everyone with a working brain and conscience earlier today when he suggested on CNN's State of the Union that, rather than protesting gun violence, students would find more value in learning to perform CPR.

"How about kids instead of looking to someone else to solve their problem, do something about maybe taking CPR classes or trying to deal with situations that when there is a violent shooter that you can actually respond to that," Santorum suggested during the segment.

When Brianna Keilar reasonably responded, "But how are they looking to other people? They took action," Santorum responded, "Yeah, they took action to ask someone to pass a law. They didn't take action to say, 'How do I, as an individual, deal with this problem?'"

Santorum's suggestion is offensive and ridiculous on several levels. To say that CPR would be a useful skill for students in case of an active shooter at their school is a statement that can be made only by someone who does not comprehend the true gravity of the situation. And when he says the students are not taking action, it undermines the time and emotional effort the survivors of the Parkland shooting have invested into the #NeverAgain movement.

To suggest these students are looking to someone else to solve their problems paints them as spoiled and undeserving—a narrative far, far different from the truth. The students' efforts to reduce gun violence by attacking it at the root—working to get politicians to enforce stricter gun laws to avoid senseless shootings—have been nothing short of courageous and inspirational, and it's a sickening picture to watch Santorum belittle it on television.