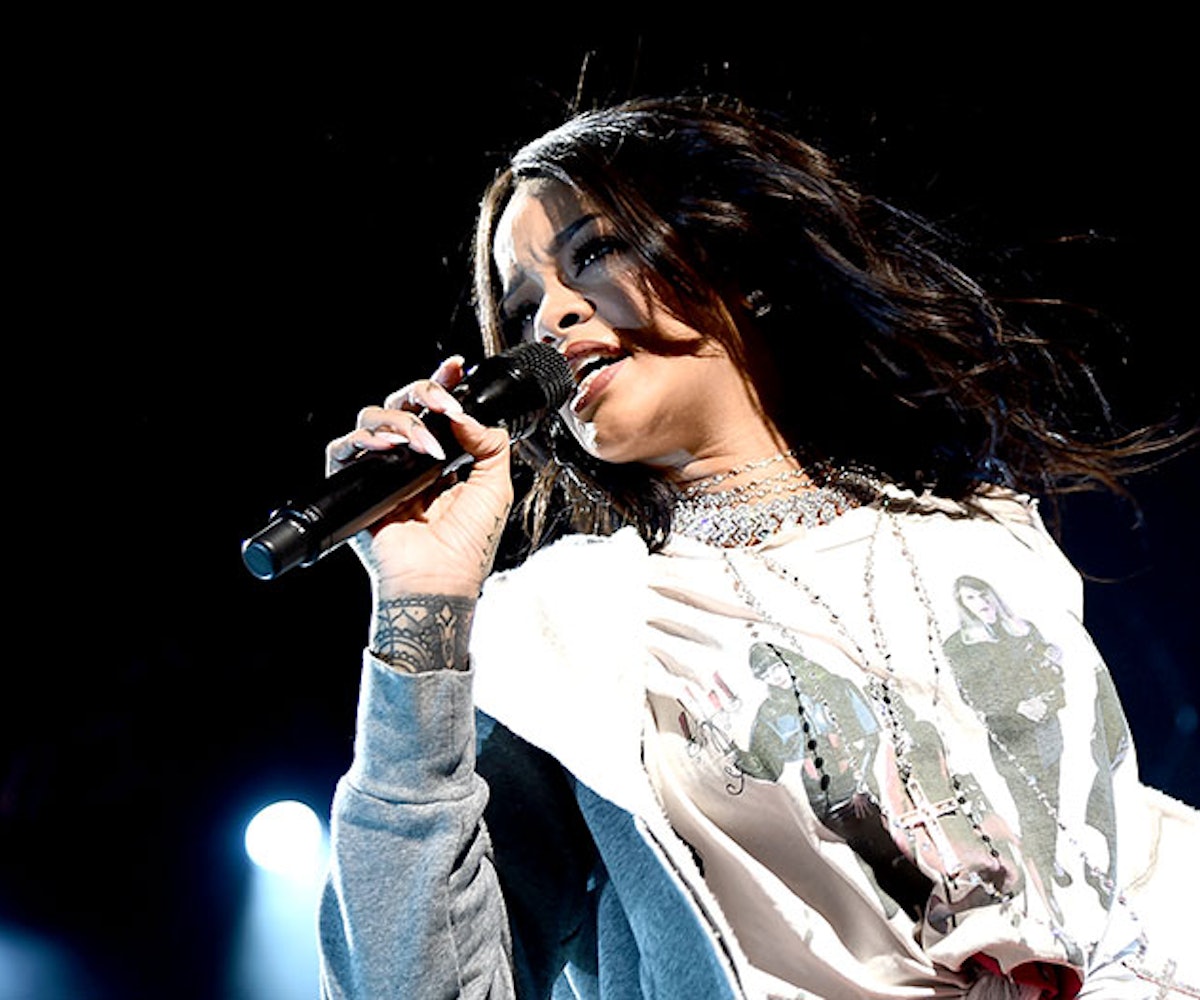 While the world waits with bated breath for Rihanna’s eighth studio album to drop, she’s apparently becoming a political pundit. After premiering her new song “American Oxygen” at the March Madness Music Fest, the visual for the track is now available online. And girl’s got a something to say that’s larger than telling listeners to shine bright and pour their money up.

In the video, the newly political RiRi splices together clips of 9/11, MLK Jr., the Ferguson riots, and global warming while she remixes the Star Spangled Banner. This heavy stuff is a huge departure for an artist who isn't exactly known for her political statements (unless you count her support of #freethenipple, of course). What her message actually is, though, seems mixed. Is she for this new America? Is she not? Has Rihanna gone full philosopher and suggested that there’s no way to escape the vicious paradox of the “American Dream”?

Maybe the answer is revealed when you fork over the money to join Tidal. Though, that doesn’t seem to be very "land of the free," now does it?

NEXT UP
Entertainment
Who Will Rihanna Bring To The Super Bowl?
Entertainment
SZA May Finally Be Returning With New Music
Life
Fever Ray Throws A Spooky & Sexy Office Party In "What They Call Us" Video
Entertainment
Aya Nakamura On Preparing Her Fortnite Soundwave Series Performance