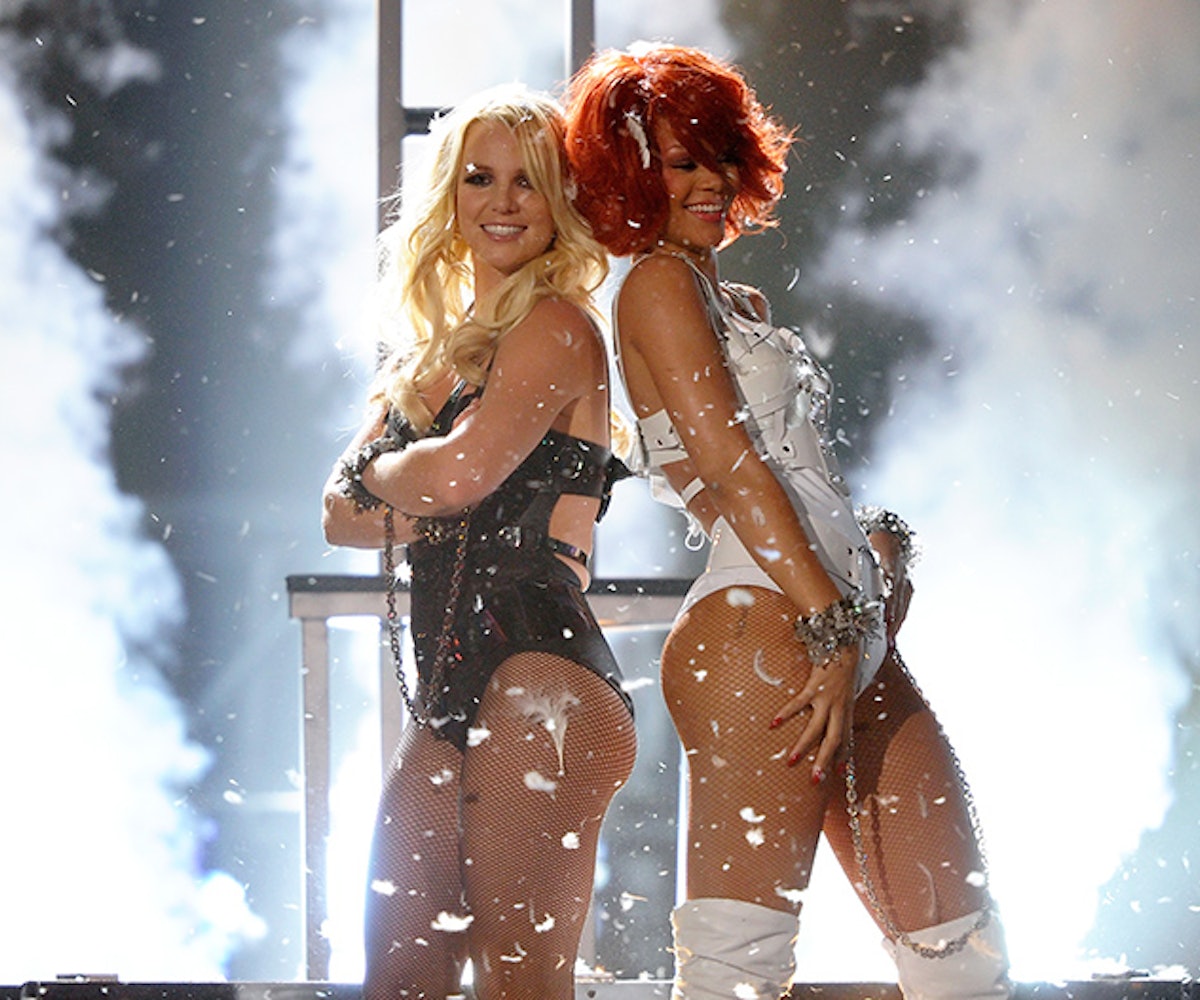 If 2014 was the year of the booty, 2015 will be the year of the bitch. Madonna’s got herself a song declaring “Bitch, I’m Madonna” and Rihanna’s latest single is “Bitch Better Have My Money.” But it was Britney Spears who famously reintroduced the word into the pop vernacular in 2008 with “Gimme More.” Suddenly, “It’s Britney, Bitch” became a thing and now it’s being mashed-up into epic pop opuses.