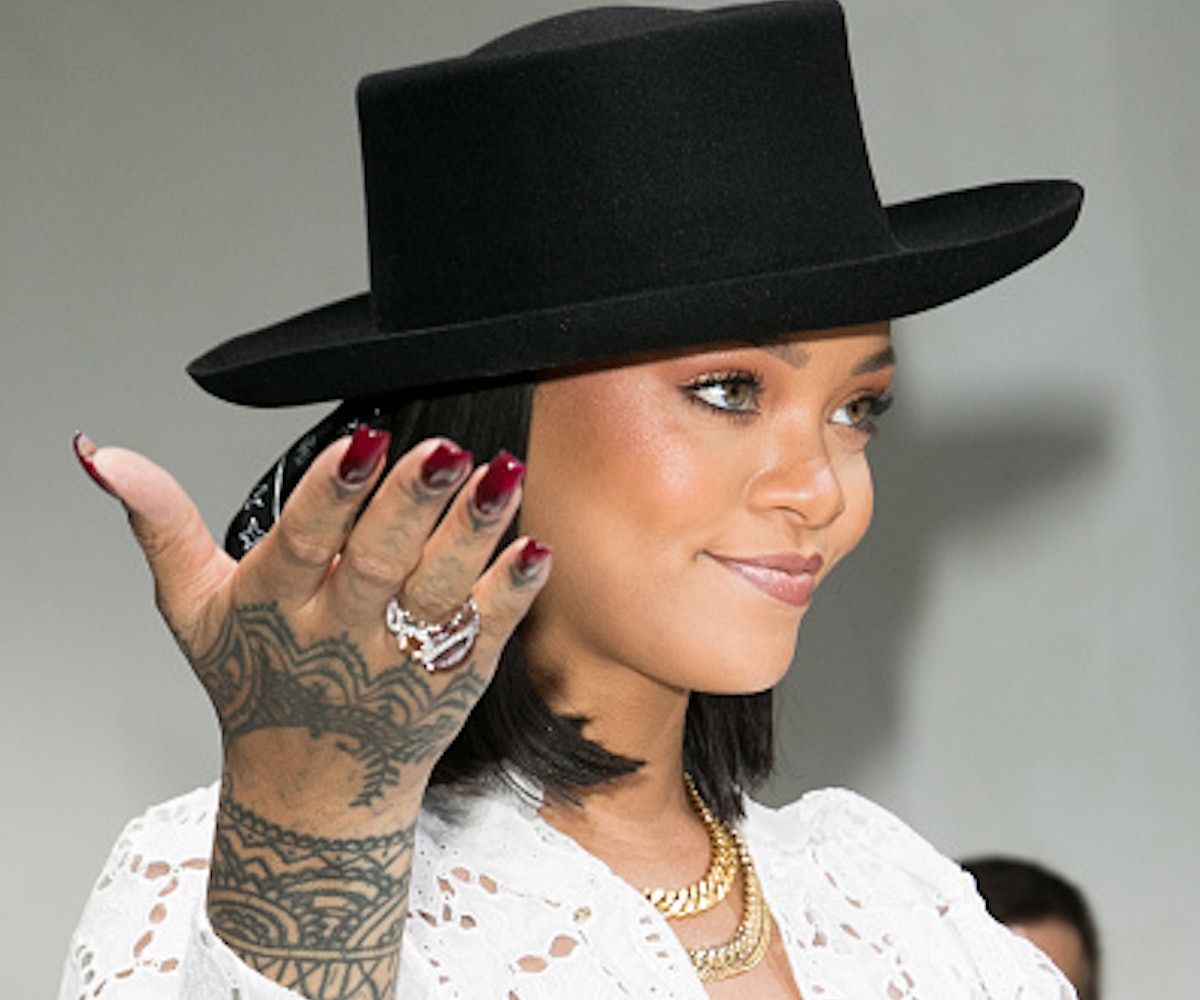 The whole world might be bursting into flames, but at least we have Rihanna. The pop star is currently putting world leaders on blast on Twitter, asking them to publicly commit to funding education.

"Hey there @mauriciomacri," she tweeted at the president of Argentina, Mauricio Macri, yesterday, "what's your plan for Argentina to commit to #FundEducation?" She also called out Canadian Prime Minister Justin Trudeau and French President Emmanuel Macron. In addition, Rihanna tweeted at the spokesman for the German federal government and head of the Federal Press Office, Steffen Seibert. "I'm depending on you!" she said.

Currently, 263 million children worldwide do not attend school, according to the UNESCO Institute for Statistics. Rihanna is an ambassador for the Global Partnership for Education (GPE). The GPE Replenishment Goal is to increase foreign aid for education by 2020, by encouraging developed countries to do their part. The organization aims to raise $3.1 billion in funds by 2020.

"Hey Navy," Rihanna tweeted, "step up w/ me and be a @GlblCtzn! Demand that #G20 leaders agree in July to [up] support 4 @GPforEducation."

We're assuming Rihanna's not done yet. She'll likely be reaching out to more world leaders, and we're hoping they listen. You don't really want to ignore Rihanna.

Check out some of her tweets below.