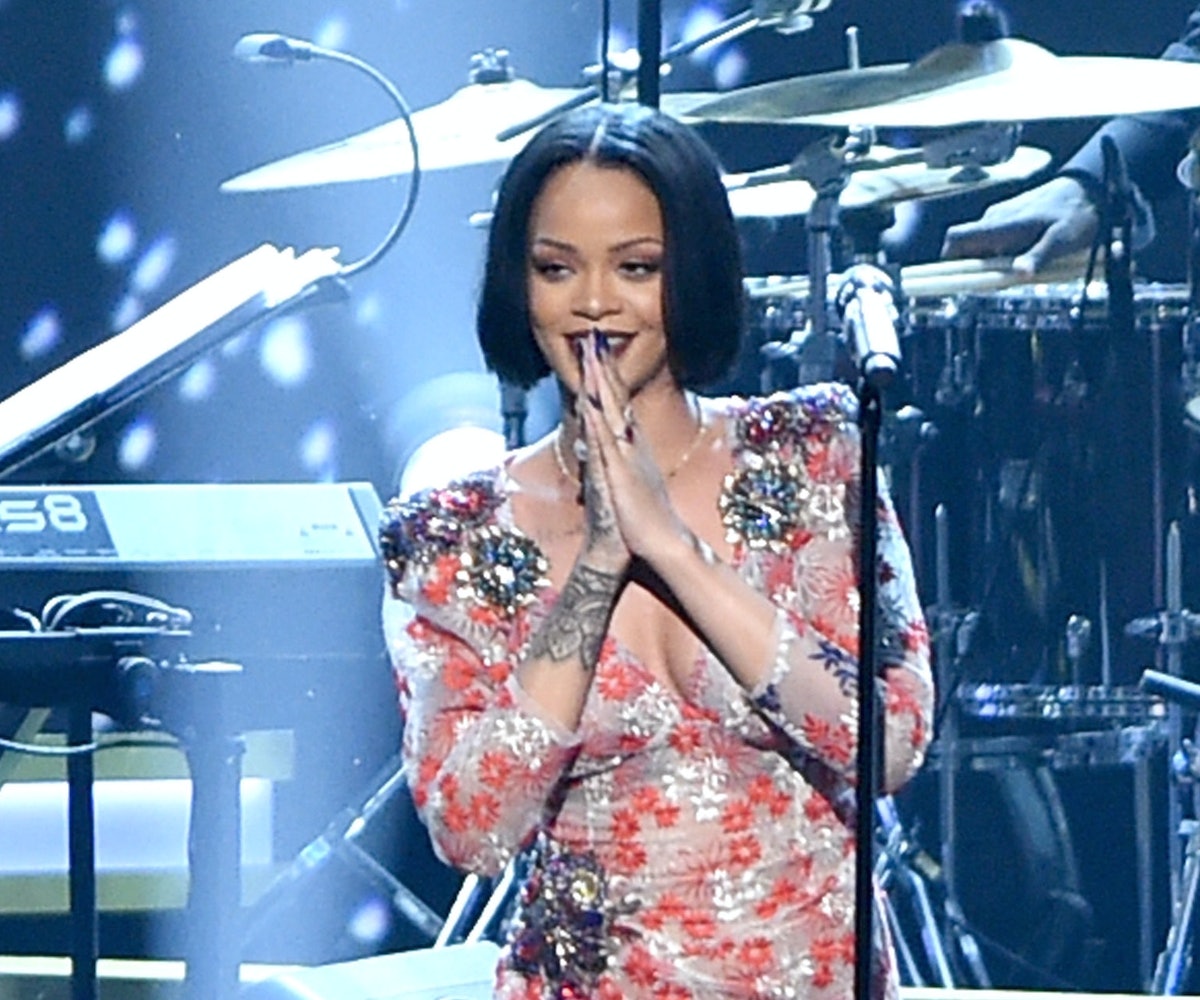 It’s the dream of every member of Rihanna’s Navy to share a duet with their Queen during one of her epic live shows. Of course, part of that dream is actually being able to sing well enough not to embarrass yourself. Well, this weekend one fan didn’t just not embarrass himself when he sang along with his idol, he stunned her with his voice.

At the Cincinnati stop on her Anti world tour, Ri passed the mic to audience member and Ohio State University administrator, Terah Stewart, expecting him to mumble out a few lines of “FourFiveSeconds” (as we all probably would under the circumstances). Instead, he belted out the lyrics in a voice that stopped the megastar stone, cold dead. Just watch.

The best part? The expression on Ri’s face, below.

Says it all, doesn't it? Homie stole the show straight out from under Rihanna’s five-inch heels and she loved it.

As TMZ reported, Stewart has not only been a choir member since forever but a Navy member since before there was a Navy. Since his little cameo, Stewart has taken to Twitter to express his sheer ecstasy over the events, becoming a bit of an Internet sensation in the process.

He’s trying to parlay this all into a Broadway career, and more power to him. For the moment, though, this dream of his (and every Navy member) has totally come true.