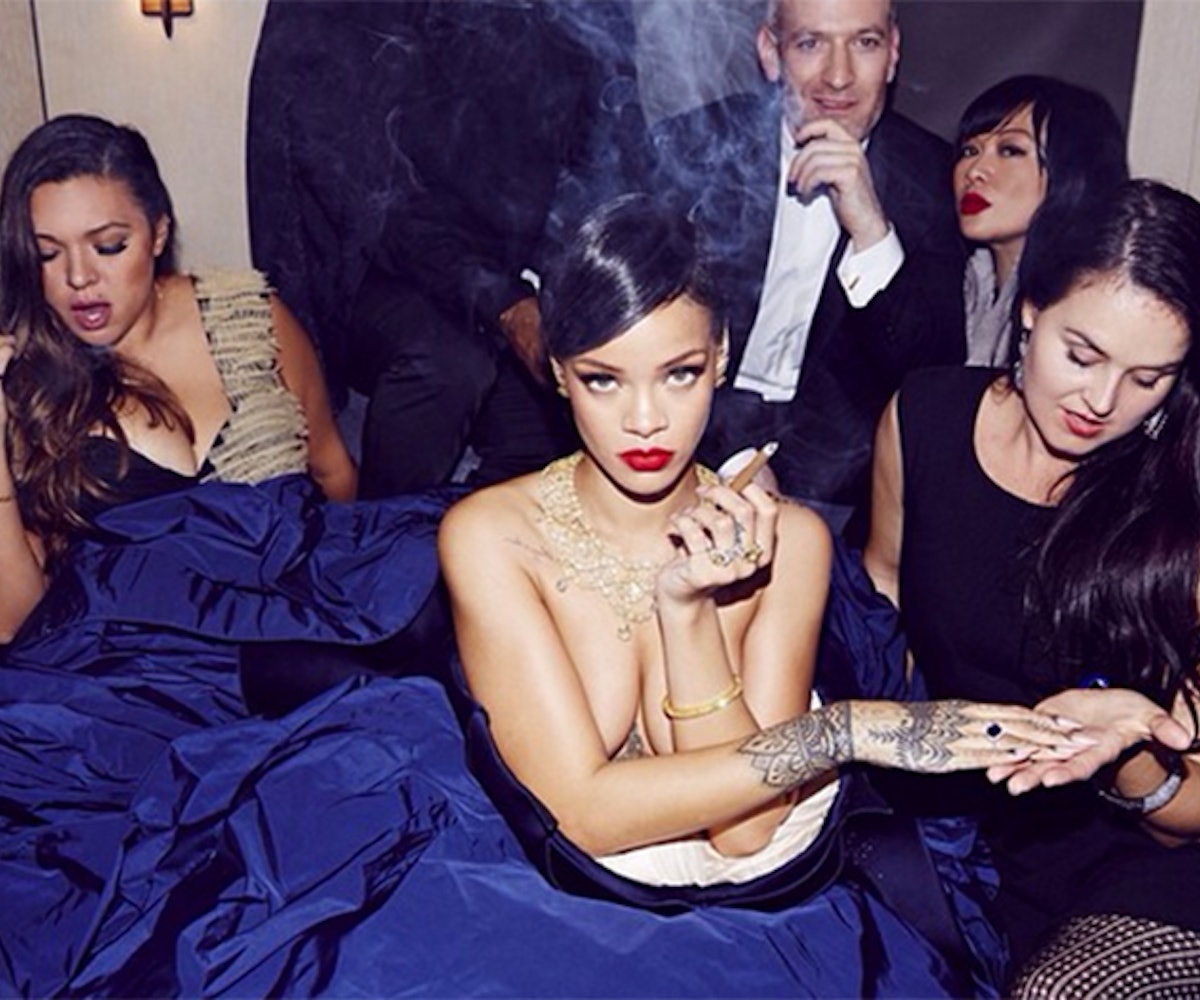 The return of Robyn Rihanna Fenty as pop chanteuse is nigh. Her yet-to-be-titled eighth studio album has no set release date, but that’s not stopping her from giving us new material—the latest being an interlude called “James Joint.”

“James Joint” isn’t a full song, mind you. It’s not even 90 seconds, but we’re going to eat it up anyway because we’re hungry. And thirsty. On it, Rihanna sings, “I’d rather be smoking weed whenever we breathe.” The logistics of that seem a bit dangerous, but hey, who cares? It’s Rihanna. She just wants to get high. And, as such, here’s a haiku to go with her new song:

NEXT UP
Entertainment
Who Will Rihanna Bring To The Super Bowl?
Entertainment
Taylor Swift's "Anti-Hero" Explores Her Deepest Insecurities
Entertainment
Mariah Carey Will Release Her Secret '90s Grunge Album
Entertainment
Paramore Announces Album 'This Is Why' For February 2023