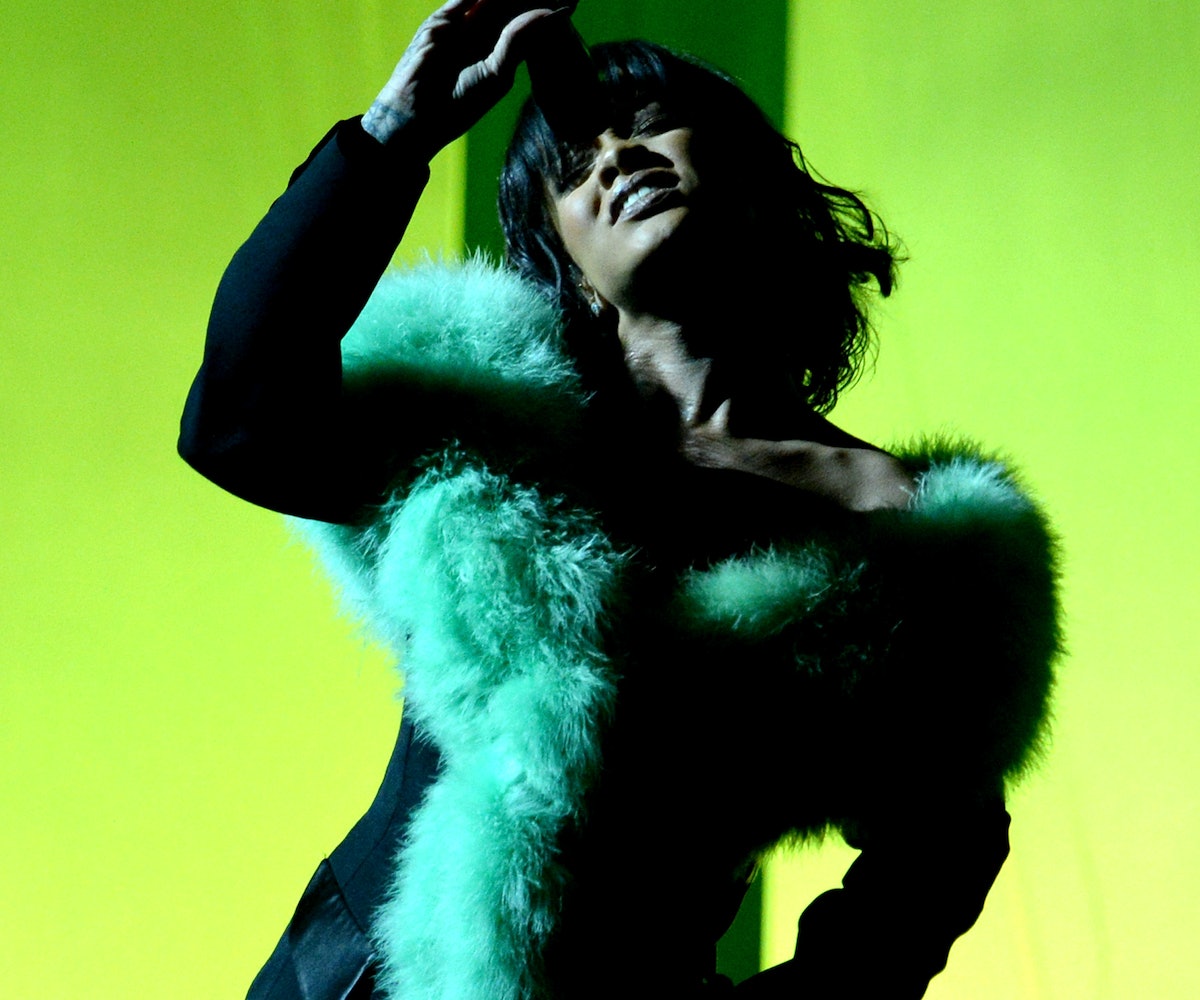 On August 28 at the Video Music Awards, the queen Rihanna will accept her crown when MTV bestows her with its illustrious Michael Jackson Video Vanguard Award. This is a big deal people. The Vanguard Award isn't some arbitrary honor that MTV gifts willy-nilly to your average pop star. (It's named after the King of Pop for a reason.) Since 2000, only eight artists have received the award, the most recent being Kanye West, Beyoncé, and Justin Timberlake. And while Kanye and  Bey's victory show an inclination toward diversity, most of the Vanguard recipients have been white men in bands like U2, the Red Hot Chili Peppers, and the Beastie Boys. As a woman of color winning the award, Rihanna joins Beyoncé and Janet Jackson—who won in 1990—in a very exclusive club.

In the past, the presentation of the Video Vanguard Award has been the source of some viral moments during the broadcast. When Kanye West is being sworn in as president in 2021, we'll all look back to his Vanguard acceptance speech in 2015 as the moment he announced his decision to run. Don't expect Rihanna to reveal any political aspirations, but she is always candid and unpredictable. More importantly, this means we're going to be treated to a breathtaking live medley of Rihanna's hits, of which there are many. Twitter's funeral will be held shortly thereafter.