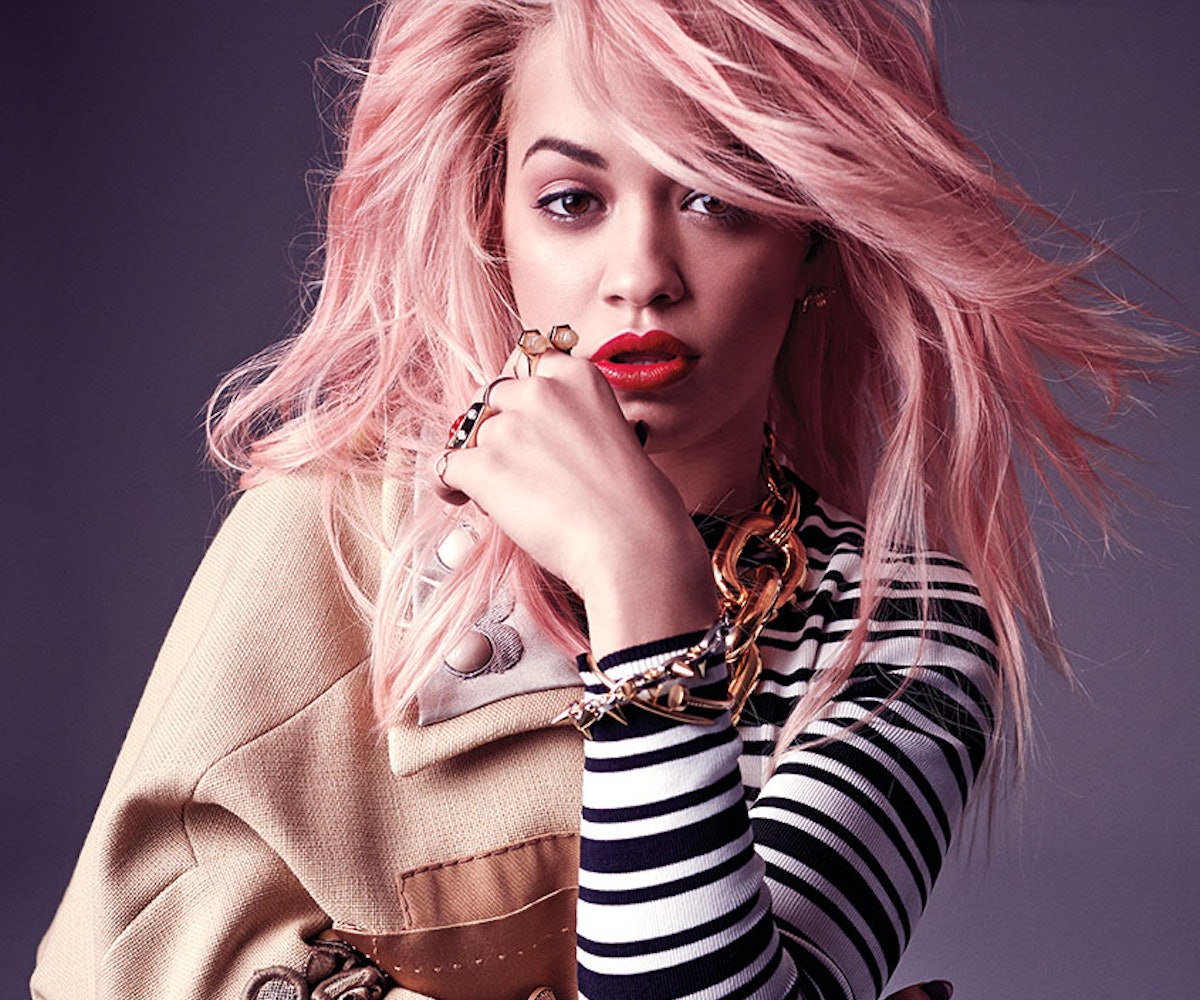 Like every pop singer on the rise in 2015, Rita Ora has published her first biography, Hot Right Now. In the book, she opened up about the first relationship that she was involved in when she was 14 years old. Apparently, her boyfriend at the time was a 26-year-old man. “I was 14 when I had my first relationship with a guy,” she stated in her book, which was excerpted by The Sun. “I would say [he was] about 26, and you have to remember I hadn’t had a relationship before then at all. I was very new to the whole world of a man and a female.”

Obviously, there are major red flags here—like the fact that it's a grade-A exhibit of child sex abuse—but Ora has never viewed herself as a victim. Surprisingly, this isn't the first time that she's talked about this specific relationship to the public. Back in 2013, it came up in an interview with Lifetime.

This is problematic for so many reasons, we don't even know where to begin... For someone in the spotlight who's trying to be a good role model, it's concerning to say the least. Hopefully Ora will come to realize how serious the matter actually is.