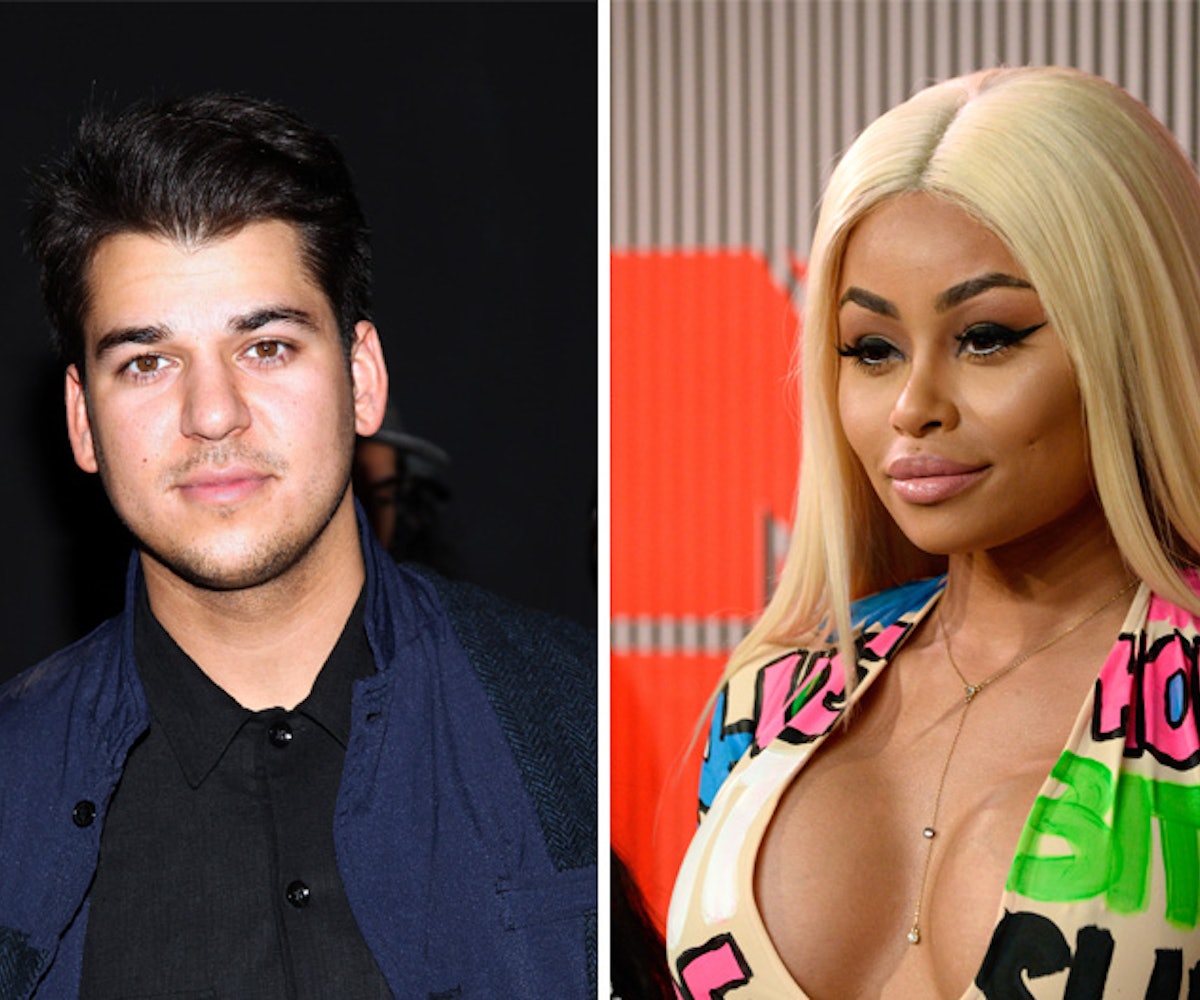 Everyone loves celebrity relationships. Ask any media site what some of its best performing posts are, and you’ll find that celebrity marriages, breakups, and rumored hookups draw in as big an audience as stories about sex, death, and nudity. The truth is in the numbers. It’s a brutal and often times unnerving pill to swallow, but what can you do; the Internet has made our guilty pleasures guiltier and more easily accessible. So it’s no surprise people are spending their time wondering what’s going on between the notoriously reclusive Robert Kardashian, and Blac Chyna, the ex of Kardashian’s step-sister Kylie Jenner’s boyfriend Tyga.

If a picture is worth a thousand words, then the Instagram post Chyna (Angela Renée White) posted is worth a slew of Internet headlines speculating over their relationship—913K, according to a Google News search of “Robert Kardashian Blac Chyna.” E! News confirmed the rumor, but added that its anonymous source said there is “concern” over the matter because of Chyna’s feud-filled history with Kylie Jenner. (There’s also the fact that Blac Chyna is best friends with Amber Rose, Kanye West’s ex, and we all know who West is married to.)

Chyna and Tyga share a child together. Khloé Kardashian, who has let Rob live in her house while he tried to pick himself up, came to Kylie’s defense back when Amber Rose said some derogatory things about the teenager and has come out to defend her family again.

The tweets are cryptic, but it doesn’t take a sleuth to understand the subtext. There are other anonymously sourced quotes out there saying Kylie is “livid,” but it all amounts to white noise. Robert's recent Instagram of a meme jokingly saying Blac Chyna is out shopping for baby Kardashian stuff is just more fodder for the family's television show. It’s all quite messy and petty, but we live in a world of rubbernecking, and entertainment—though elevated at times—comes in all forms. Give it a few weeks and E! will probably feature this spectacle on Keeping Up With The Kardashians, a show about family drama millions have consumed as entertainment for almost a decade.