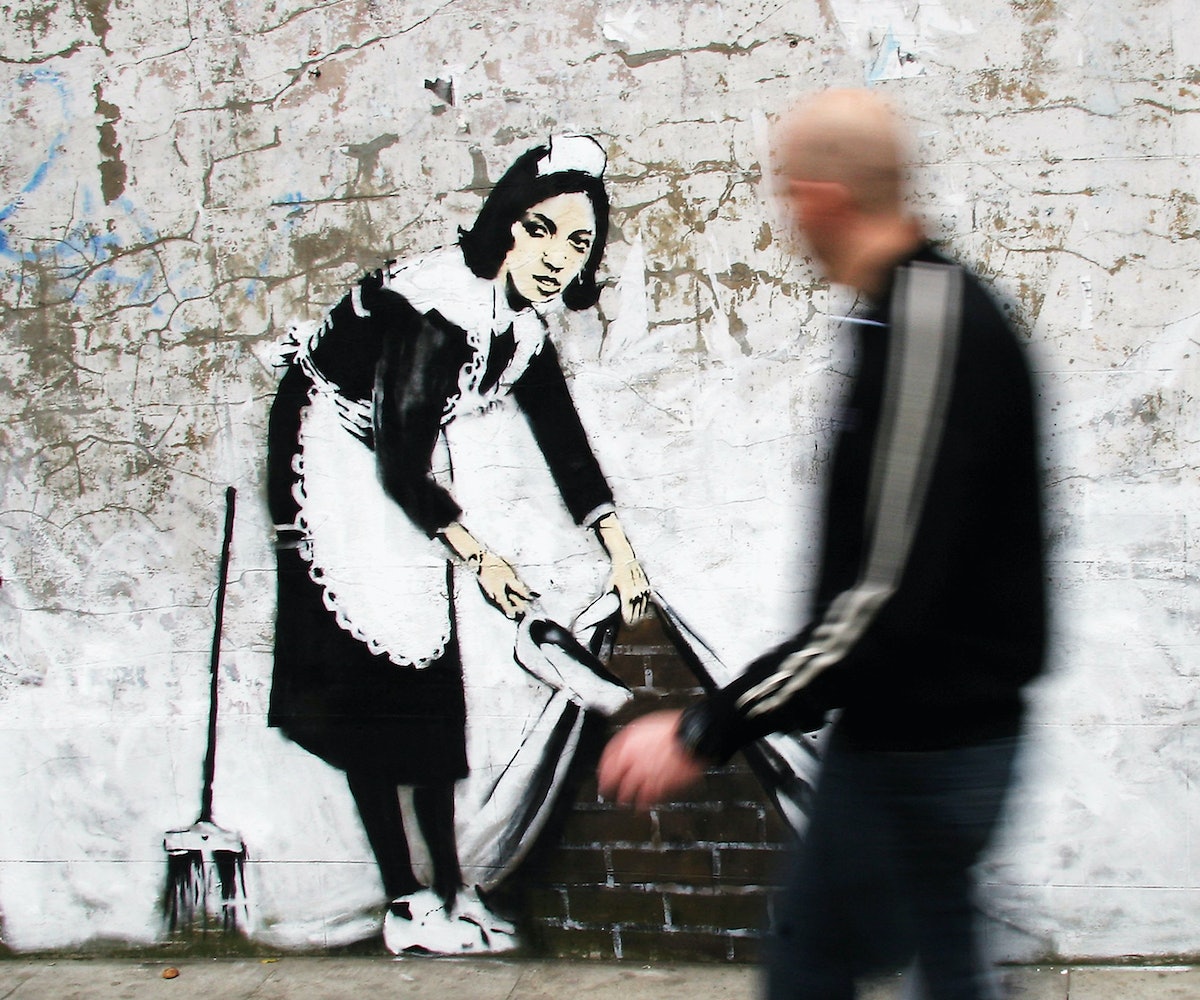 Truth be told, not many artists—especially politically motivated ones—have been able to capture and hold the greater public's attention in the same way that Banksy has. For years, the evasive graffiti artist has left his imprint on the sides of buildings (some of which have been carefully removed and sold, or placed behind plexiglass, and others which have been painted over), constructed grand, satiric amusement parks, and given people everywhere their most-liked Instagram. And yet despite the enormous amount of press and attention Banksy has garnered, the artist has somehow managed to maintain a secret identity. Many conspiracy theories have been hatched: Was Banksy a man, a woman, a collective? Did Banksy decide to make Exit Through the Gift Shop to throw us all off his true identity, Mr. Brainwash? Is Banksy really fervent collector Brad Pitt's vandalism-prone alter ego? No one ever really knew for sure, that is until a group of scientists decided to embark on a geographic profiling study that would shatter the illusion once and for all.

A group of researchers at the Queen Mary University of London utilized the technique, which is used to catch serial criminals, to uncover the elusive artist's given name. They selected 140 works suspected—but not all confirmed—to be by Banksy in London and Bristol, and located "hot spots"—a pub, residential addresses, and a playing field—which they then identified were places that Robin Gunningham, who has long suspected to be Banksy, either lived in or frequented.

As Steve Le Comber, who co-authored the report, told BBC, "I’d be surprised if it’s not [Gunningham], even without our analysis, but it’s interesting that the analysis offers additional support for it. What I thought I would do is pull out the 10 most likely suspects, evaluate all of them and not name any. But it rapidly became apparent that there is only one serious suspect, and everyone knows who it is. If you Google Banksy and Gunningham you get something like 43,500 hits."

Still, Banksy and the team of lawyers representing Banksy haven't technically acknowledged whether the study's findings are in fact true. So if you're still convinced in your heart of hearts that Banksy is indeed Brad Pitt and Angelina Jolie's love child, well, there's still hope.