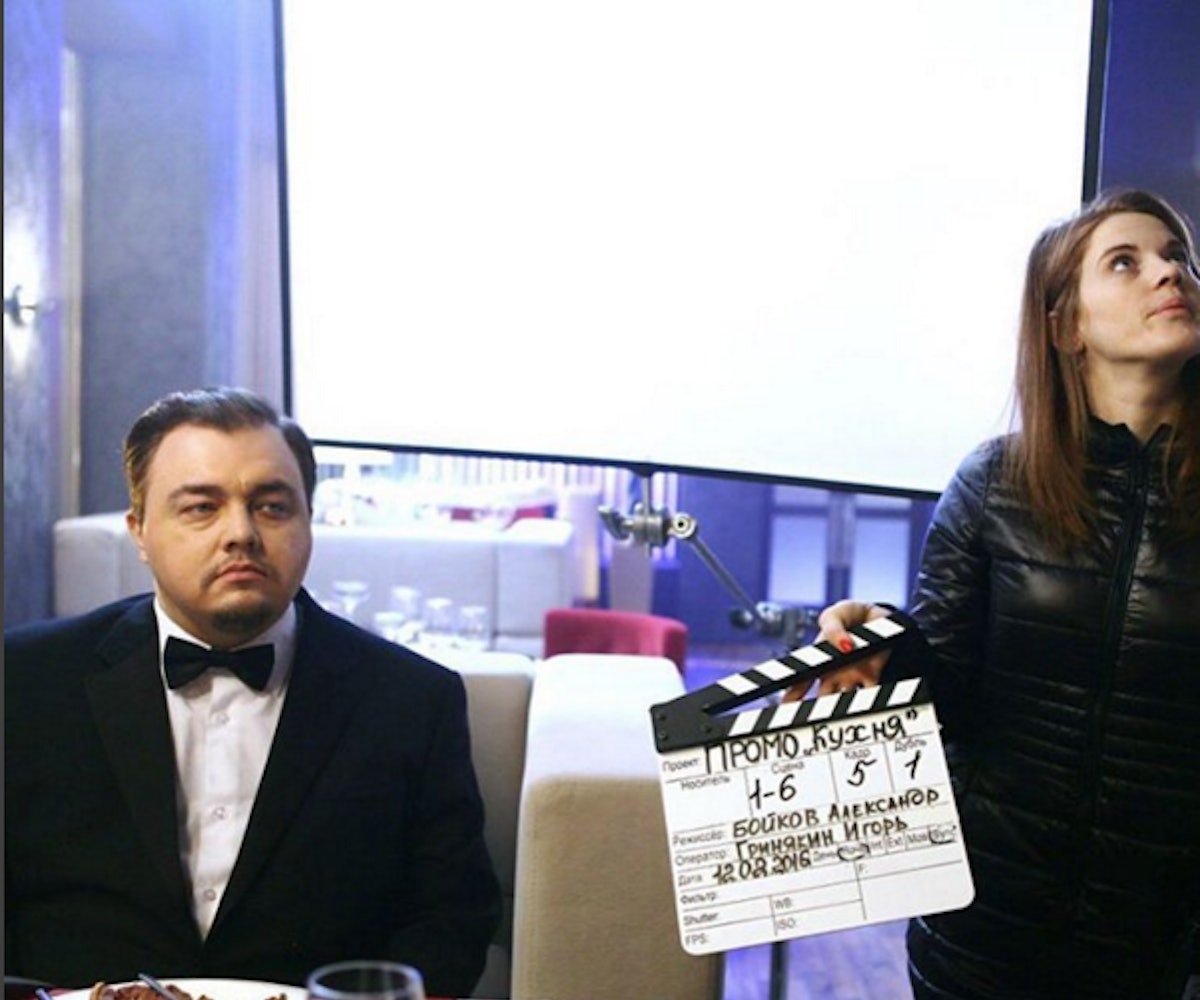 33-year-old emergency services technician Roman Burtsev looks a lot like Leonardo DiCaprio. Rather, the Russian man looks a lot like Leonardo DiCaprio after a bag of chips and a redeye from Moscow to LAX. Nonetheless, his resemblance to the actor has sparked a new local TV show called Romance With DiCaprio, where Burtsev increasingly tries to morph into an actual DiCaprio via voice classes, a makeover, and a diet—just like real-life Hollywood!

Of course, just watching a husky Burtsev slim down wouldn't be all that entertaining, so they also make him go through "psychological challenges," like begging for enough money on the street to be wealthy like Leo and surviving the wilderness like he's in The Revanant. No, we're not kidding: check out Burtsev crawling through the snow below.

Although Burtsev seems to be enjoying the attention, somehow this all feels like an expression of the infamously untranslatable Russian word toska: a great spiritual anguish and an empty longing, or a sort of nihilistic ennui. Is it worth it to spend one's life becoming like another? Is an empty pursuit of fame and fortune a life worth living? Will Leo finally win an Oscar? Will Burtsev win an Oscar before Leo and dedicate it to Leo? So many questions, such anguish of the soul.