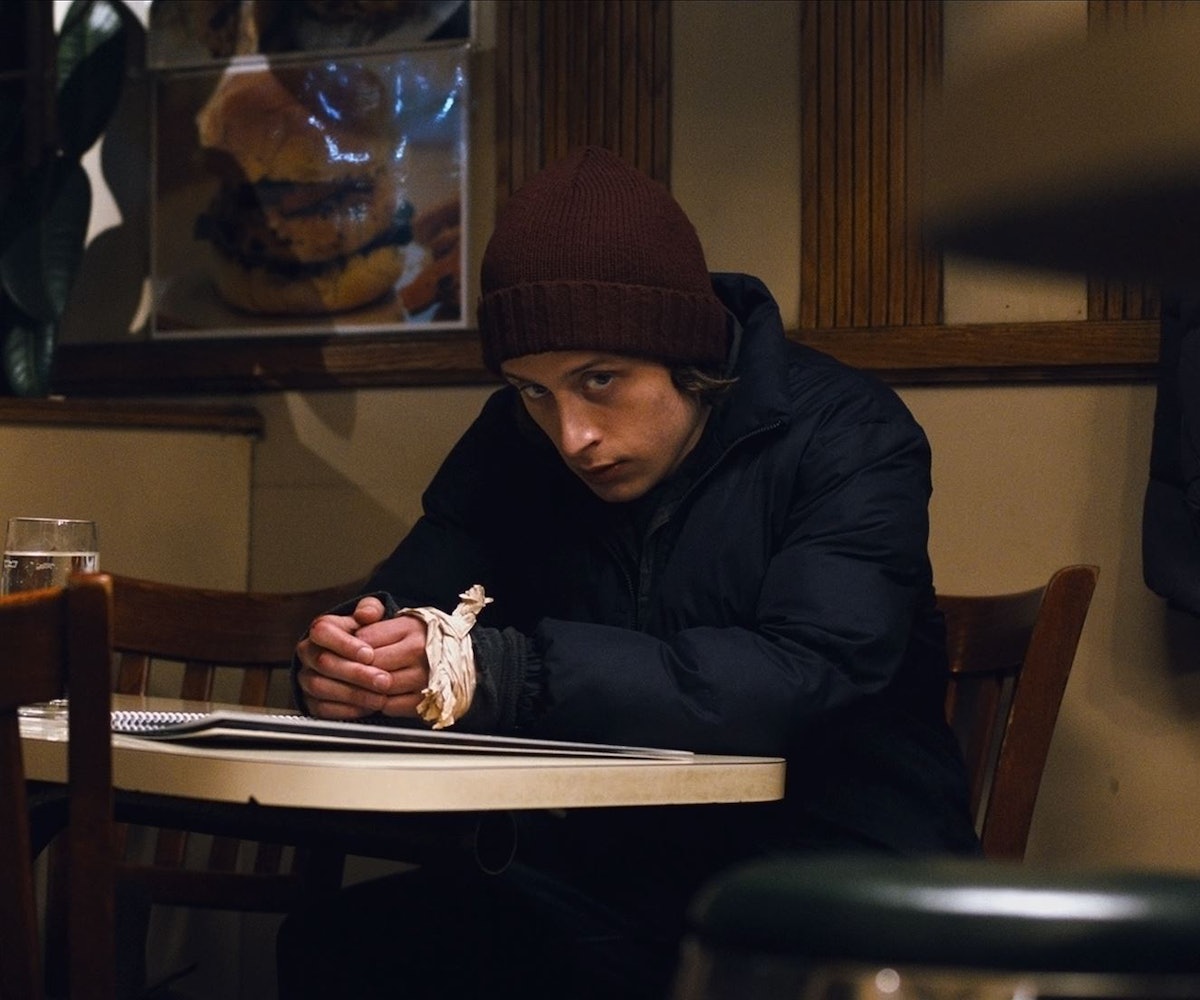 Exploring mental illness in film is nothing new, but somehow Gabriel manages to play with the trope. Trading inner monologues for steely gazes, the film, written and directed by Lou Howe, doesn't seek to romanticize or chastise mental illness, but rather capture it for everyone to see.

The movie opens when Gabe, played by Rory Culkin, makes his way home from a treatment facility. While his family struggles to adapt to his violent mood swings and aid him in his return to "normalcy," Gabe attempts to create a family of his own. He spends the movie tracking down his maybe ex-girlfriend, planning his proposal.

Though we never quite find out what Gabe's diagnosis is—in retrospect, it seems somewhat irrelevant—the slow-burning film takes an interesting stance on mental illness, ultimately leaving it up to the viewer to make their own conclusions. We caught up with Culkin on a fittingly gloomy day to hear his take on it all. Read the interview below and watch an exclusive clip from the film above, which opens in select theaters today.

What drew you to the role?

I thought Gabriel was so relatable. When I met with the director, we sort of bonded on the point that there is nothing "wrong" with Gabriel...but there is something wrong with everything else.

What is it that is so relatable about Gabriel and his situation? Does Gabriel have a disorder, do you think?

In reality, yeah. Looking back, I am sure he has certain things other people don't, but when we were shooting it, I didn't think that. We didn't have a diagnosis or anything. I got to meet up with young people with different mental illnesses beforehand, and I could relate to everything they were saying. A few of them said that when they were having episodes they felt like they were the star in a movie and everyone else was just background. I thought that was interesting. How do you play someone who feels like he's in a movie while in a movie without it seeming like it's acted?

Your character in Scream 4, do you think he had a mental illness as well?

Maybe, yeah. Yeah, I guess there is a similarity. The character is Scream is just so in love. It's about deep love. It's similar, I suppose. I never really thought of that.

Do you think it is harder in this day and age to find love and feel accepted by other people?

I am curious about that. There are all these apps, and people meet each other through their phones now. I don't know, maybe it's easier than ever. I haven't dabbled in that, so I don't know.

Gabe has a childlike quality to him. Did you think about that when you were playing him?

My mindset would jump from place to place, but most of the time it was just that "I know better than anyone else" [approach]. I felt trapped, like I was a prisoner. They were either evil people or dumb. They were either really stupid because they didn't know better and were hurting me, or they were evil and they enjoyed it. It was just about not trusting anyone. Towards the end, it bled through to reality: Lou Howe, the director, was great the whole time, always asking me questions and always there [for me] so I never felt lost. And then I started to be like, "Why is he so good? Why do I trust him so much?" It was too good to be true. Something must be off. Then I was like, "Wow, that's just Gabriel in my head not trusting anyone."

Do you ever experience a sense of warped reality?

I don't know. That is definitely what I thought during

. I thought that everyone's world was way more dull, and all these colors were muted, and I was the only one who could see these bright colors—that worked for

. But I don't know about myself.