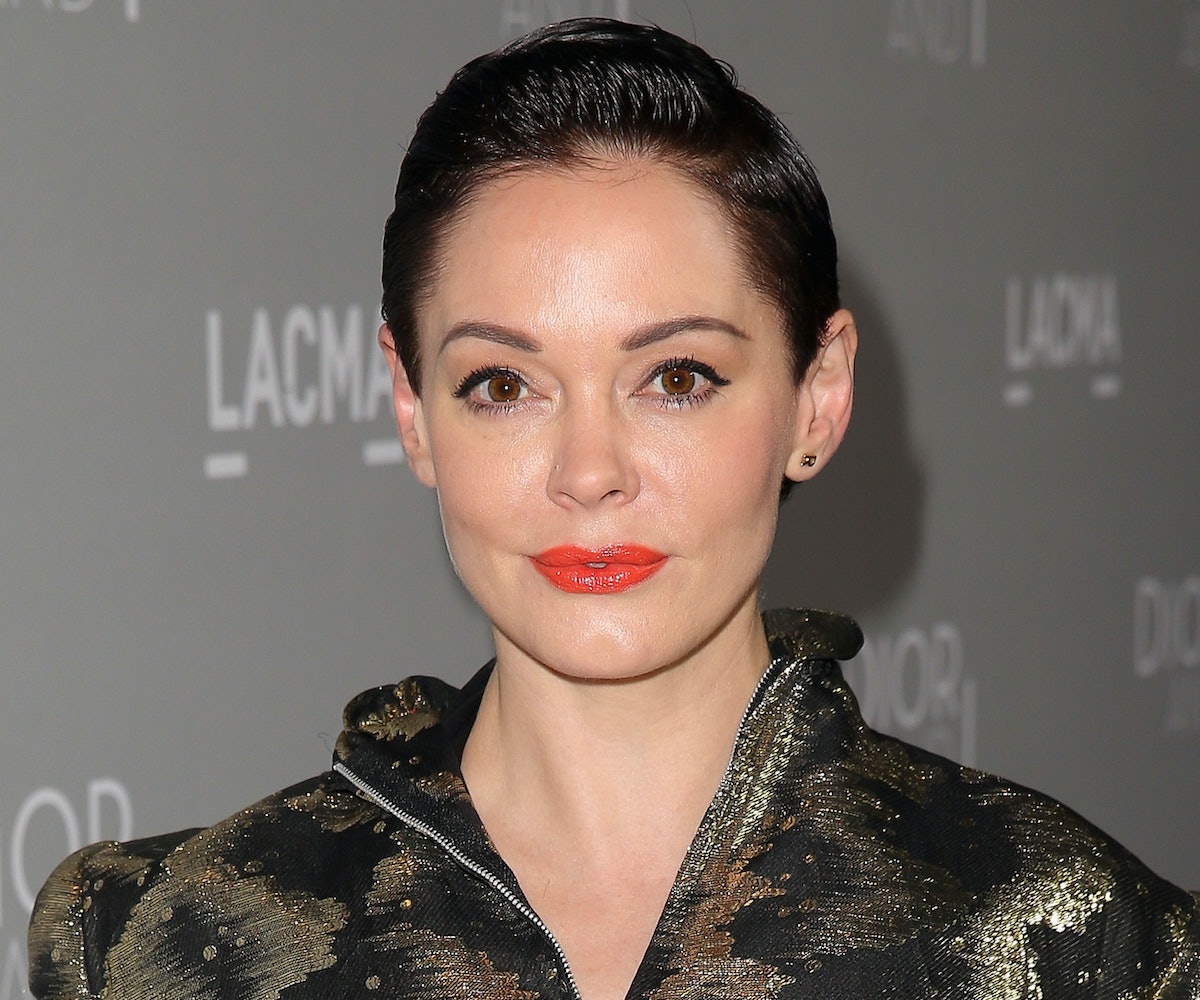 Rose McGowan has been very vocal about how difficult it is to be a woman in Hollywood, but on Friday, the actress dropped her most explosive bombshell yet. In an epic tweet storm, McGowan revealed that she was raped by an unnamed studio head. Her startling admission was just one of many that fell under the hashtag #WhyWomenDontReport, a direct response to Donald Trump's claims that the multiple women who've accused him of sexual assault have been lying.

“A (female) criminal attorney said because I’d done a sex scene in a film I would never win against the studio head,” McGowan tweeted. “Because it’s been an open secret in Hollywood/media & they shamed me while adulating my rapist," she added. “Because my ex sold our movie to my rapist for distribution.”

McGowan's final tweet pleaded for some "goddamn honesty in this world."

Since being accused of sexual assault by as many as 11 women this past week, Trump has gone on the offensive, dismissing the various women by saying their claims are complete and utter fabrication. It's no wonder McGowan—who has been one of Hollywood's most outspoken critics of the sexist culture that permeates Hollywood—felt the need to break silence.

NEXT UP
Life
A Studio Ghibli-Inspired Cookbook Is Coming To A Kitchen Near You
Life
Emily Ratajkowski Called Out Marilyn Monroe Biopic 'Blonde' For "Fetishizing Female Pain"
Life
Fever Ray Throws A Spooky & Sexy Office Party In "What They Call Us" Video
Life
Read An Exclusive Excerpt From I’ve Had To Think Up A Way To Survive: On Trauma, Persistence, and Dolly Parton