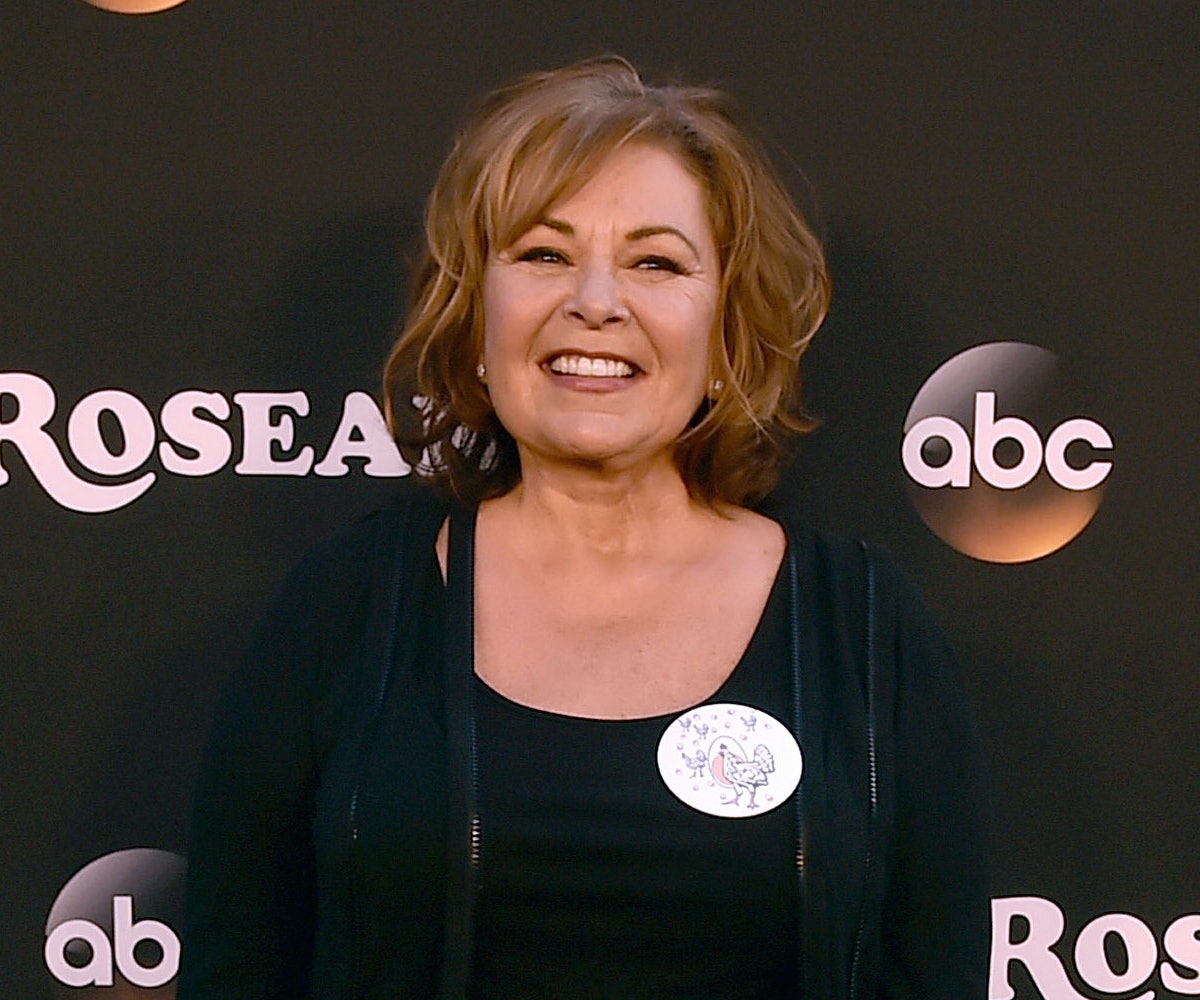 Photo by Alberto E. Rodriguez/Getty Images
by Sandra Song
May 30, 2018

Yesterday, ABC canceled Roseanne Barr's show after she tweeted a racist "joke" about Valerie Jarrett, a former top Obama aide. And while she initially said she was going to quit Twitter, it appears Barr has already reneged on that, as she is currently on the platform asking for people not to boycott ABC or defend her. However, she's also furiously retweeting conservative supporters who called ABC hypocritical for canceling her show, given the left's penchant for insulting Trump...

Not only that, but, according to People, Barr is also trying to justify her racist comments by saying she didn't know Jarrett was black and partially blaming Ambien, a sedative drug, saying it makes her do "weird stuff."

"guys I did something unforgiveable [sic] so do not defend me. It was 2 in the morning and I was ambien tweeting," Barr wrote in a now-deleted tweet. "it was memorial day too-i went 2 far & do not want it defended-it was egregious Indefensible. I made a mistake I wish I hadn't but…don't defend it please. ty." Per Gizmodo, Barr also deleted a tweet that said, “I think Joe Rogan is right about ambien. Not giving excuses for what I did(tweeted) but I’ve done weird stuff while on ambien-cracked eggs on the wall at 2am etc.”

In response to users questioning her rationale, Barr is now attempting to clarify the Ambien comment.

"no, i didnt i blamed myself. stop lying. Yes, I have had odd ambien experiences on tweeting late at night-like many other ppl do. I BLAME MYSELF OK?" she wrote. "it's just an explanation not an excuse, Ok, bully?"

That said, there's no denying that what Barr said was indefensibly racist, and trying to offset some of that blame on a medication is pretty messed up. As Dr. Eugene Gu tweeted, "Scapegoating a medication for your awful behavior creates unnecessary anxiety for patients who use and need the drug." And while Ambien may cause things like sleep eating and mood changes, as Sanofi, the maker of Ambien, had to say in a statement, "racism is not a known side effect."

Hm. Maybe just take full responsibility for your actions next time then, Roseanne?