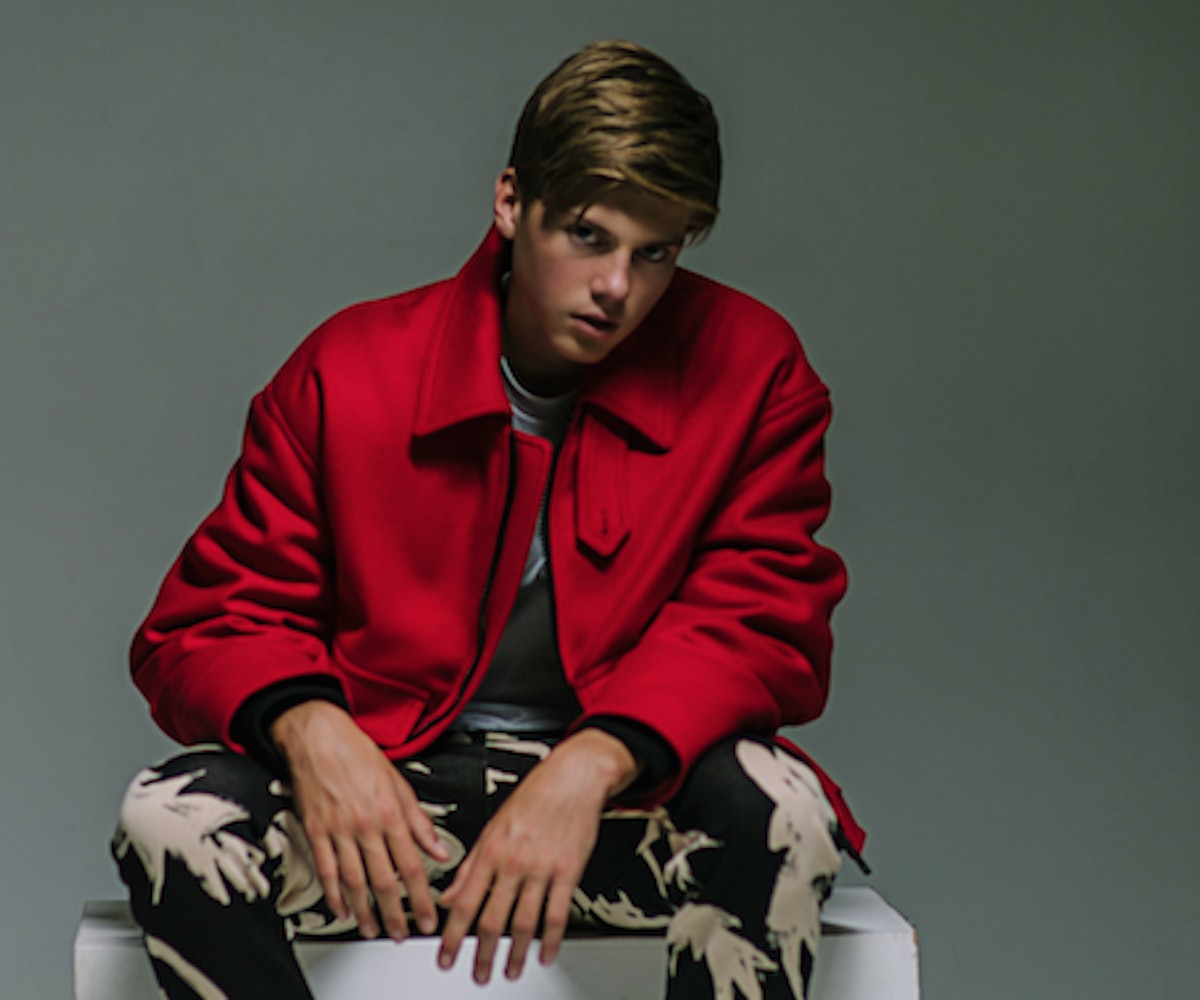 At first listen, most people wouldn't guess that Australian musician Ruel is only 15 years old. Not only is his sound reminiscent of his idols Frank Ocean and James Blake, but, unlike many teenagers (and adults) who are still finding themselves, Ruel, well, is not. He knows who he is and isn't afraid to express that—especially through his music. Case in point: His new soul-pop track, "Don't Tell Me," is a musical declaration of his self-assurance.

Ruel explains to us, "As a kid you're always going to be told you can’t do things for certain reasons, and to an extent that’s okay." However, just because you're young, doesn't mean you can't be trusted to know yourself. He says, "But I feel like being told actually how to feel is taking it too far. You know yourself better than anyone and you have to trust that."

Besides knowing himself, Ruel also knows good music. He expands on his musical inspirations, telling us that they include the aforementioned Frank Ocean and James Blake, but also, "Amy Winehouse, Rex Orange County, [and] Jack Garrett." He says, "I’ve grown up listening to all those musicians and they’ve really helped shape my taste and the type of music I create."

Ruel will be releasing his debut EP later this summer and the "Don't Tell Me" deluxe edition is out today. Watch the video for his single and get a taste of his music, below.