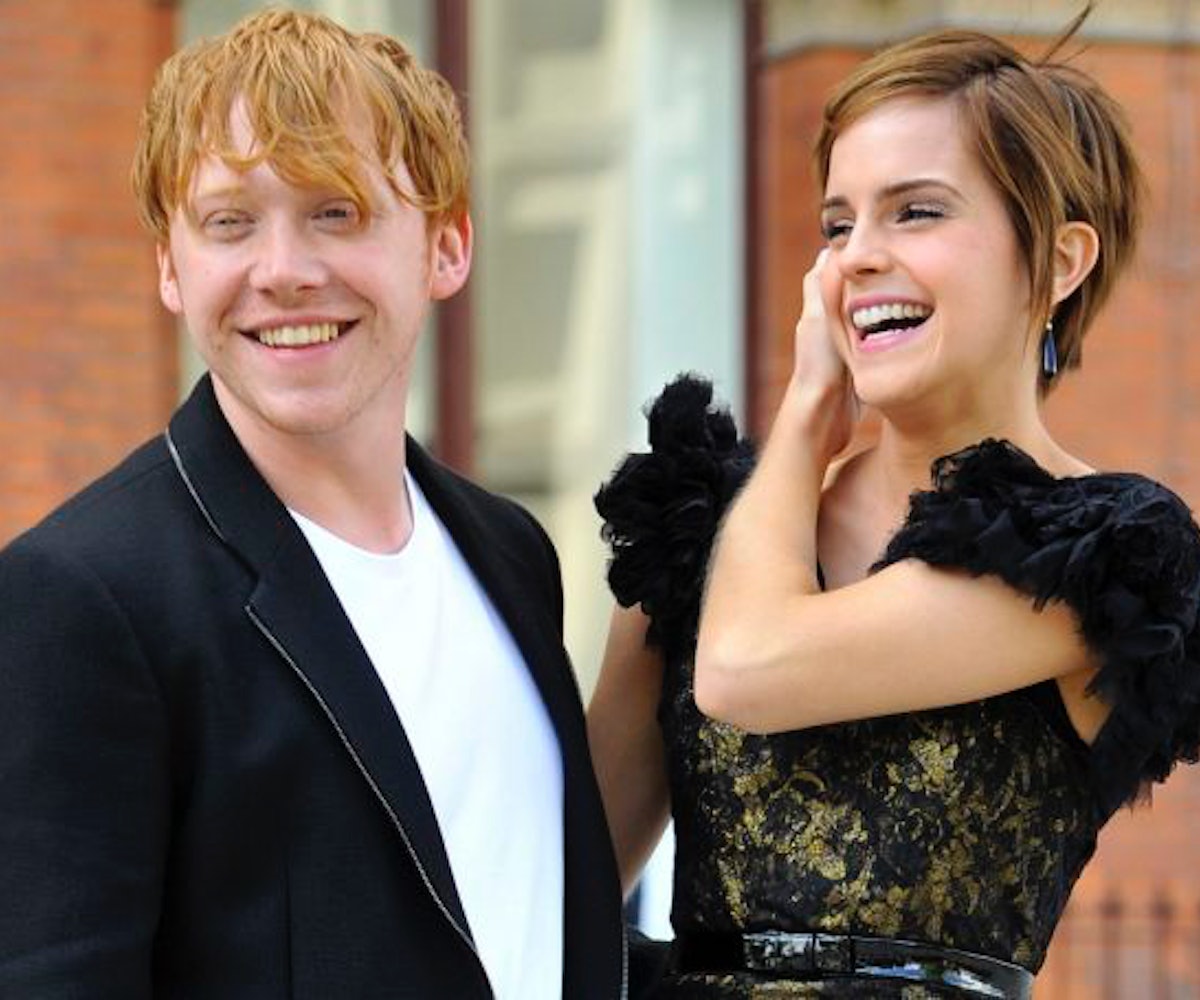 Hear that? That's the sound of a million Potterheads' hearts breaking with the news that Rupert Grint didn't enjoy kissing Emma Watson during the Harry Potter films. Not only does it kill the sweet love story the beloved books created, there are only about a billion men and women around the world who would cast the Cruciatus curse to take Rupert's place during those scenes. It's enough to make us want to send some Fiendfyre in his general direction, but we'll remain civil.

Although Grint says he "never looks back at those scenes," his explanation for his discomfort is completely understandable: mainly, that he and Watson have known each other since they were 9 years old and practically grew up together on set. "I have a memory of her face getting closer and closer," he said. "Like, 'Oh my God.' I can't really remember anything apart from that." Surely nobody wants to be making out with their sister on a giant screen for millions of people to watch and rewatch over and over, so this time we'll give Grint a pass.