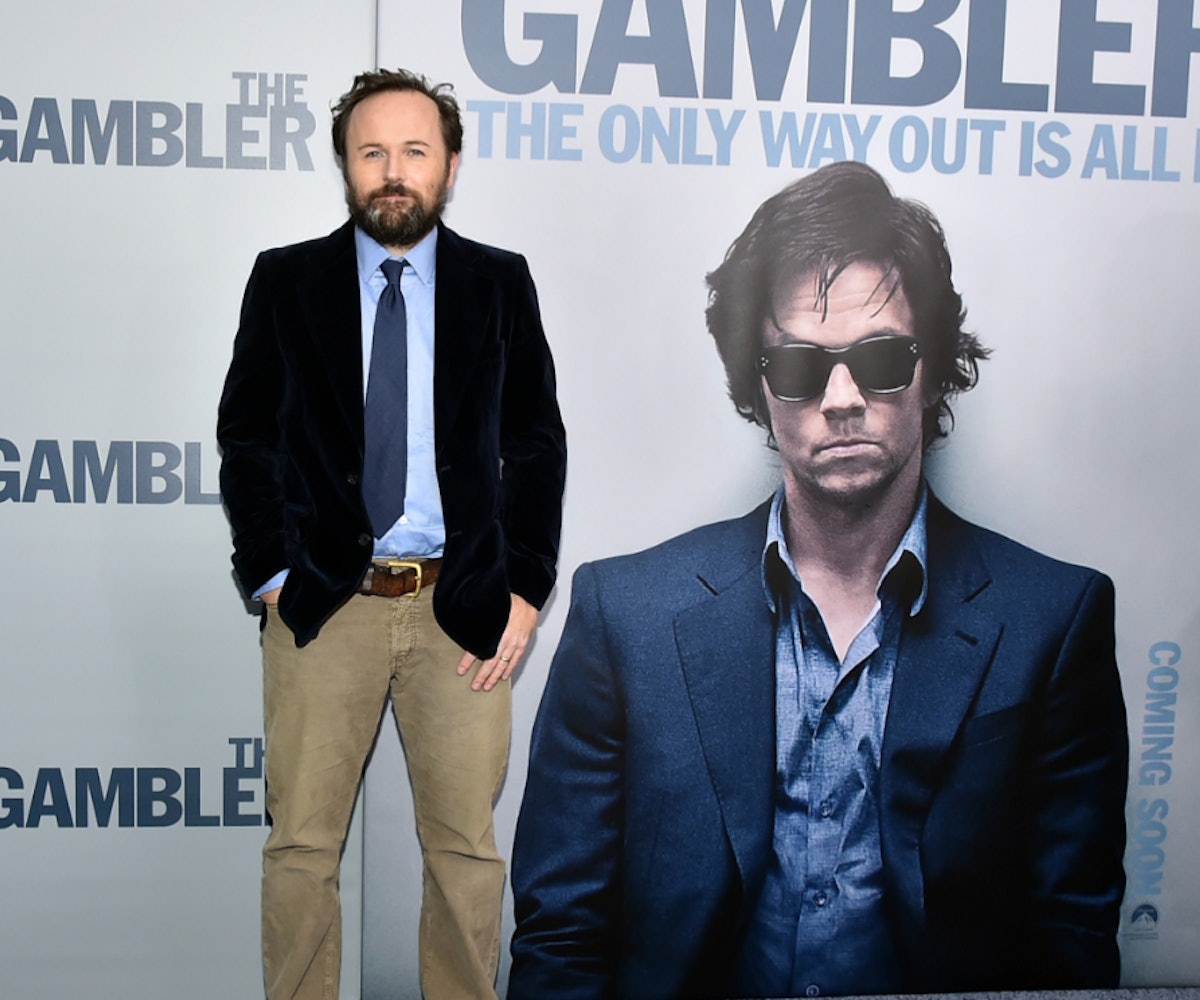 We go our entire lives trying to validate ourselves through acquiring as much as possible, whether it be money, love, or power. This quest fuels us, providing purpose in an otherwise irrational universe. However, lurking deep within the crevices of our minds, is the impulse to blow it all to hell. It lingers there, like an ember waiting to be dosed in gasoline.

English director Rupert Wyatt’s latest flick, The Gambler, explores such temptation by following the shady dealings of a nihilistic college English professor trying to self-destruct back to zero. Played by an exceptional Mark Wahlberg, our anti-hero Jim Bennet makes $500k at an illegal casino before blowing it all and finding himself over $200k in debt, all within the film’s first ten minutes. If that’s not enough to get you hooked, we also see John Goodman play a gangster who gets off on glorifying the guilty pleasures of American capitalism, and Brie Larson embody the sexy undergraduate bookworm every academic has left their wife for. And like The Gambler’s roller-coaster pace, Wyatt—who is coming off the massive success of Rise of the Planet of the Apes—is confident, edgy, and knows how to get right to the heart of the bigger issues that occupy our day-to-day subconscious. 46 stories above Manhattan at the Mandarin Oriental, we sat down with him to discuss gambling, power, and death.

Where did the idea to make the film come from? The ’74 original is out there and has existed for some time, 40 years now. Karel Reisz, the filmmaker, James Toback, the writer, and Irwin Winkler, the producer, all had a conversation with Paramount about the notion of doing a remake. They brought Bill Monahan on. It’s interesting because Bill and I both believe in the concept of a remake, but not if you’re just going to emulate. I think he set out to create the antithesis of what the original was and really just use the title itself, the notion of gambling, as a way into a very different story.

The Gambler is unique in that it starts off with these longer, more unconventional scenes, such as the opening casino bit and Mark Wahlberg lecturing as a college professor. What are some of the challenges in shooting material like this? It’s always finding a way into the scene through the right way. It’s finding the best place to put the camera. I think Greig Fraser, the D.P., and I, early on recognized this as a very dialogue-heavy piece of work: it’s very verbose, the characters are clearly leading us, we’re not leading them. We decided to be pretty clear in our choices to where the camera was going to go and then not move it that much.  It’s funny because if you look at a lot of gambling movies, you see these camera tricks that try to create excitement to the actual gameplay itself. And as I’m sure you know, the win-lose notion of gambling is of course very high-stakes and there’s an innate tension there, but the actual physical act of gambling is pretty dull, it’s not an interesting thing to watch. So my whole way in was to think of a genre like the Western and ask how Sergio Leone shot those gunfight scenes. They were all about the build up, the sense of anticipation, the eye-line, the silences, and then the actual act of violence was very quick and kind of like a bit of an afterthought. So that’s how I came to those scenes.

You said a bit earlier that this isn’t a movie about gambling as an addiction, that it’s about the top dog trying to become the underdog. Why would someone want to do that? I think many of us in our lives get to this place, whether it’s people, material wealth, or something psychological, where we wonder what it would be like to blow everything up, to start again. That’s a very specific thought process and it’s one that actually is something you can control. So the addiction aspect of it to me was always redundant because an addict doesn’t have control: he’s somebody who’s surfing the drain and is somebody who’s really not in control of his compulsions. So Jim is a guy who has a very clear code and from day 1 on this journey that the movie spans, he’s on a mission.

What is his quest? To get back to zero. To wipe himself out. To start again. The vacant lot sign at the end represents that in so many ways. Unlike Rocky, where it’s all about winning the crown and getting to that giddy height of success and adulation and all of that, he’s a guy who actually wants to go the other direction.

Is there an element of escapism in that? Yeah, insofar as he’s escaping from his life.

Could that be associated with death? After all, there is a recurring theme throughout the film with Hamlet’s, “To be or not to be” speech. Every time Jim knowingly allows himself to get further and further into debt, I thought that might be a way of him secretly trying to kill himself. I don’t believe in him as being suicidal. I believe in the idea that he’s actually willingly self-destructive, but so he can then wipe his slate clean and start again. I think he’s prepared to put his life on the line. To be that honest with himself and others around him is putting himself in a great deal of danger, so to do that obviously means he’s willing to risk his life. I think the whole hope and aspiration from his perception is that he goes into that dragon room at the end with the hope he’ll come out alive.

How does literature and his profession as a college English professor relate to his quest to get back to zero? He’s a guy at the beginning of the story who sets out, in the lecture scene in particular, this agenda of his whole philosophy on life; which is that you’re either a genius or you’re nothing. I think over the course of the seven days, he begins to realize that life is a bit more complicated than that. There are shades of grey and that’s where Amy lies. It’s what makes us human and that’s why the whole notion of gambling, especially the whole win-lose aspect, is a great reflection on how so many people in our society live their lives. You either have to be brilliant at what you do, marry the best person in the world, or you’re nothing. Of course in real life, the shaded nature of life, is more than that, which he figures out.

How does power relate to this? The power comes from the viewpoint. Frank is someone who believes in a fortress of solitude, being able to say, “Fuck you,” to the man because of material gain. And that’s, for him, where power lies. He talks about it and how America became the great nation that it is. Jim has a very different idea of what power is, which is having nothing… but from that basis, not owing anybody anything, not having any set of rules to live your life by. That’s where his power comes from.

What would you like audiences to take away from the film? I guess it’s what drew me to the project in the first place. So much of mainstream cinema, and by that I guess I mean Hollywood, increasingly tells stories where there are no repercussions to people’s actions; there’s this notion of invincibility to it. I don’t think that’s necessarily a true reflection on who we are. You only have to look at so many superhero films to realize it’s all wish fulfillment, it’s all about the notion that we as a species are great and have no flaws that can’t be beaten. Of course, we know that’s not the case. I think the idea of telling a story within the mainstream that actually shows there are real consequences to people’s actions is really compelling and is what makes storytelling great. The reasons why we tell stories is that they reflect back onto us as a species and relate to who we are.