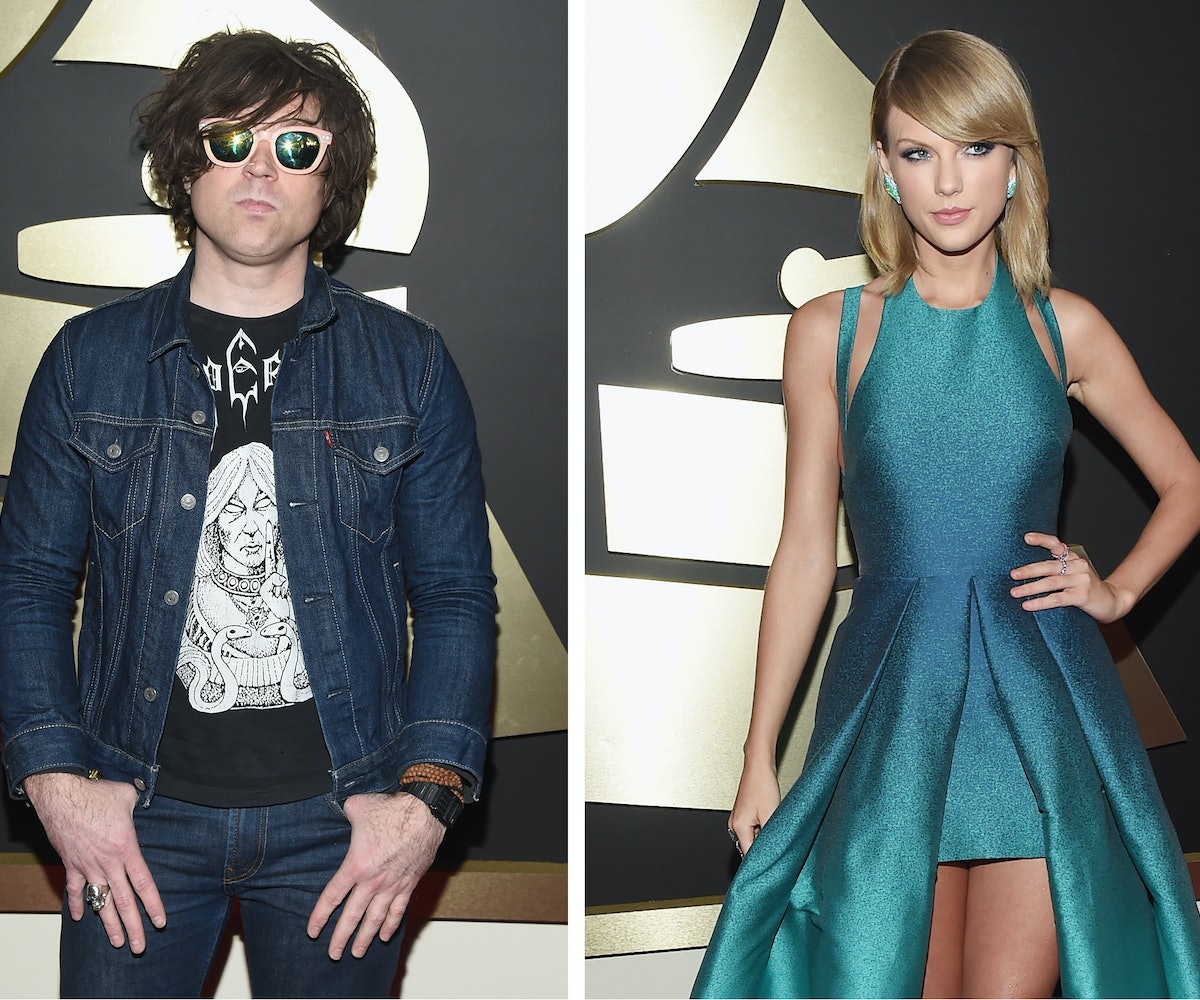 Ryan Adams' 1989 cover album feels and sounds very different from Taylor Swift's original, mind-blowingly successful record, but at its heart are the same relatable lyrics that make the tracks so addictive. While Adams may have created his own dreamy acoustic version of 1989, Swift is still to thank for her songwriting skills—so GQ put the two musicians in conversation to discuss just that.

Swift herself was unabashedly excited about Adams' cover album of her latest record, and for good reason. The alt-country artist's take on her music transformed her songs, bringing in new perspectives and emotions that show just how versatile the lyrics can be. "You know when actors say a line, they say a sentence, but they say it with different emphasis on different words and they completely change it? That's what you did with my album," she told the singer.

While Swift and Adams may produce different music, they both see themselves most importantly as songwriters—so actually, they can relate quite a bit. Watch below as the musicians discuss their writing processes, their dreams, and Siri.