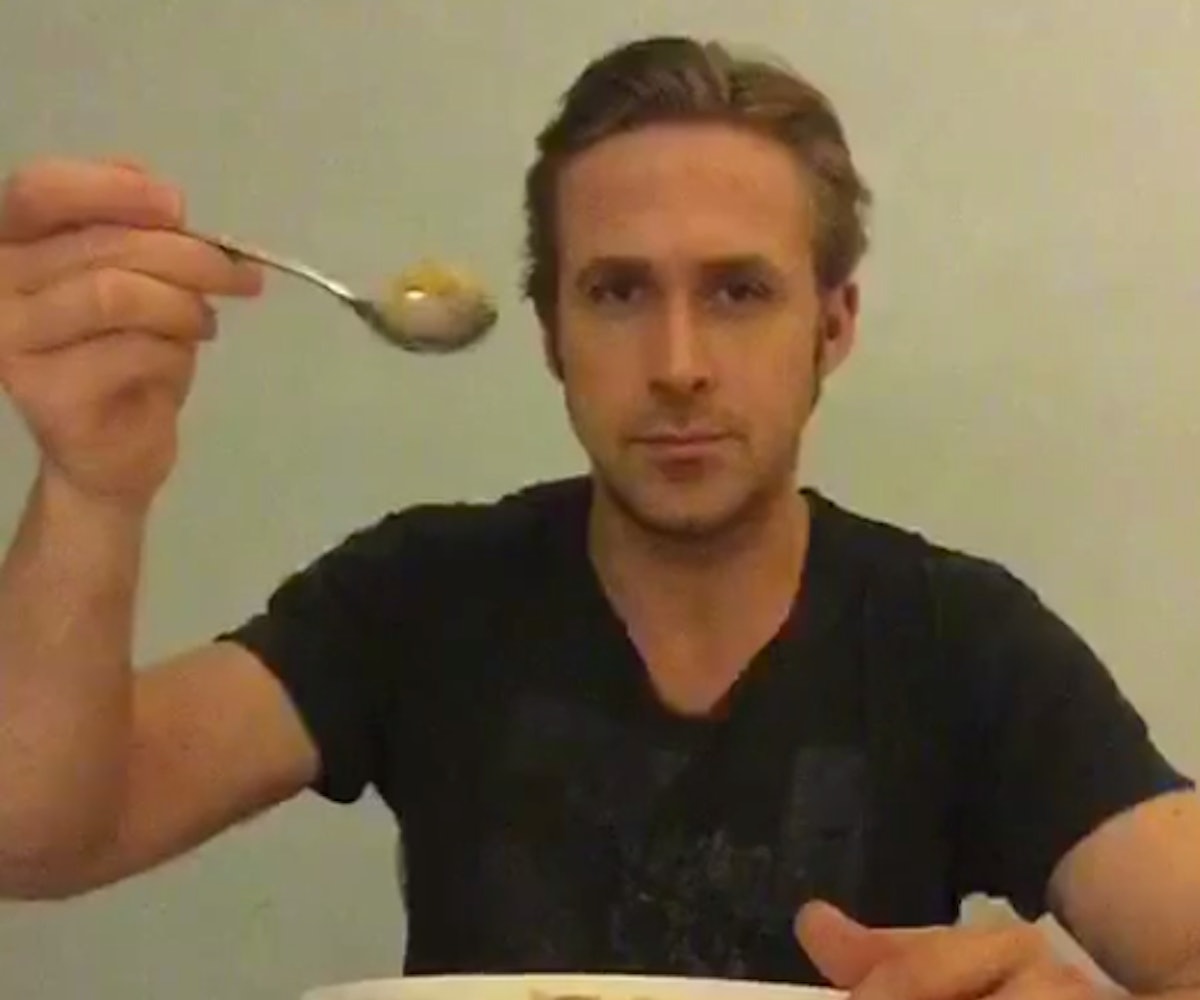 One of our favorite things to have come out of the Ryan Gosling Meme Factory has been "Ryan Gosling Won't Eat His Cereal," a series of Vine videos that show a spoonful of cereal slowly approaching various clips of Gosling as he gives a grossed out look, dodges the spoon, or swats it away. It's hilarious—especially when watched in compilation form—but sadly, the series' creator, Ryan McHenry, passed away recently at the age of 27 after battling a rare form cancer.

In a touching tribute to McHenry, who suffered from osteosarcoma, Gosling took to his Vine account, and in a wordless six seconds, finally ate his cereal.

It wasn't the first time Gosling acknowledged the meme. He and McHenry shared a comic exchange on Twitter: