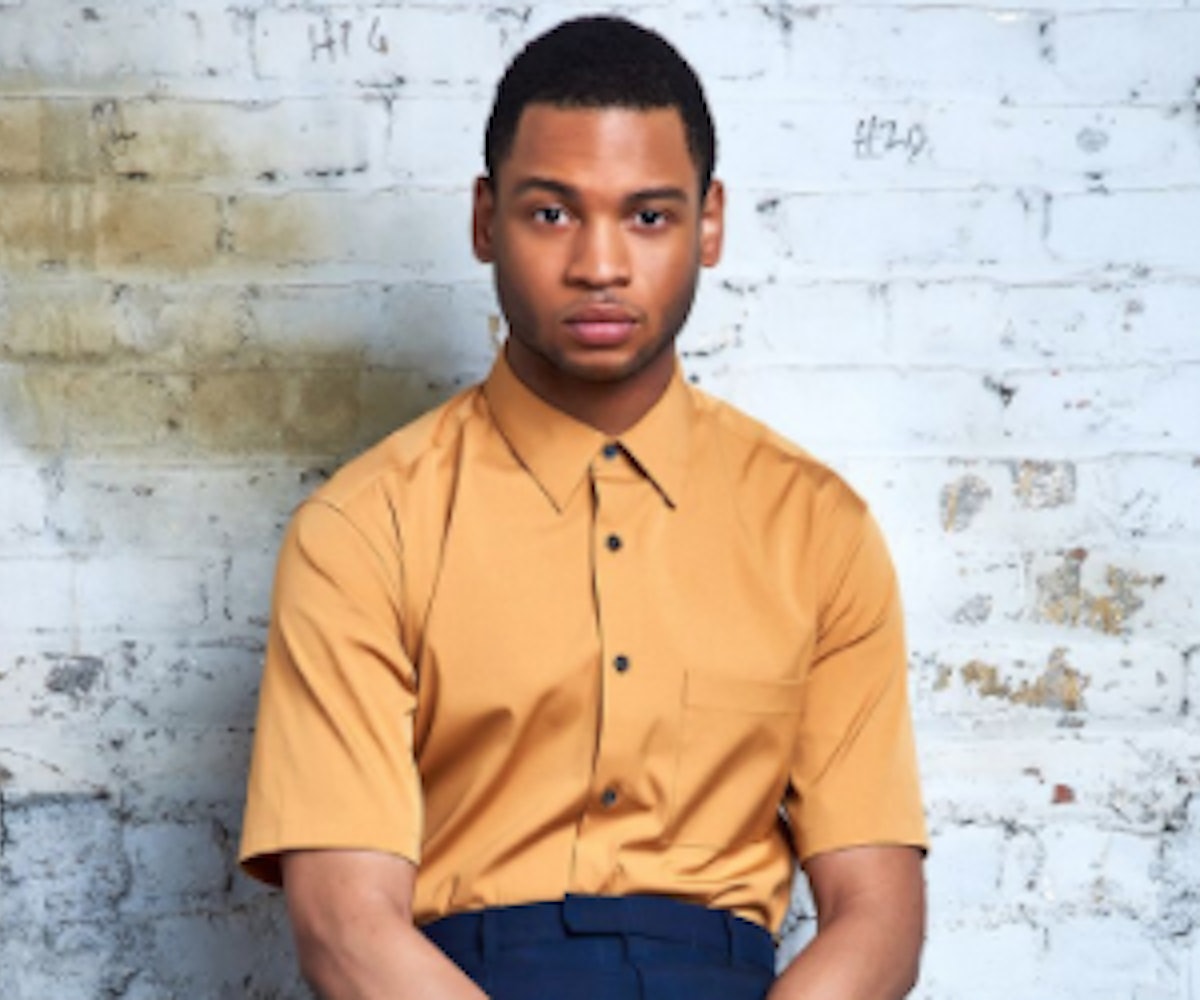 Earlier this week, FX premiered Ryan Murphy’s groundbreaking show about New York’s ball culture in the 1980s, Pose. And in that first, heart-wrenching episode, we met young Damon Richards, an aspiring dancer who traveled to New York City after being kicked out of his conservative home in Allentown, Pennsylvania. Found dancing in a park for money, Damon soon becomes the first member of Blanca Rodriguez’s newly formed House of Evangelista—his new chosen family who ends up helping him redefine who he is.

Even more poignant is the fact that this emotional (yet undeniably inspirational) story—with its Trump tie-ins and frank discussions of homophobia—hits extremely close to home for the actor who plays Damon: newcomer Ryan Jamaal Swain. As Swain himself tells us, Pose may be set in the past, but it’s definitely the narrative mainstream television needs right now. Get ready to tear up as you read our Q&A with him, below.

What drew you to this show and what did you want to bring to Damon?

I believe this is the first time America will see a young, black, queer teenager going through this experience, right? We had the amazingness that was Moonlight in 2016, and we saw how that indie film blew up into a worldwide phenomenon, but we've never seen something like this. Movies are a different medium. TV—as Ryan Murphy explains it—is like [this thing where] these people now become your friends, your family members, your colleagues, people that you look to as confidants. So when I first read the script, I was just blown away, because I'd never seen or heard about anything like this, especially in such a polarizing time like the '80s. It was just an amazing opportunity to breathe life into work on the frontline of social change. I was scared though, like, "Oh my god, he's gonna challenge me to expand and to become all this greatness that he is.”

Why do you think it took so long for a history-making show like this to finally get mainstream screen time?

I think it just has to be the right time, the right moment. The political climate being the way that it is right now, we're all yearning for authenticity. We're all yearning for something that is genuine, that is factual, that gives us hope. Stories that give us love and unity and take us to a place of acceptance, we need that now, I think. There's no hiding the fact that we are in a time, with our current administration, in which we are looking for something that is going to unify us because everything around us is trying to separate and segregate us. A show like Pose can only exist in a time in which we need to be reminded of that... I think that art has a beautiful way of creating discourse, creating movements. So what better time than now is there to challenge the legislation and administration, who are [trying to] hide these stories? What better way to showcase this vivid time, bold and upfront, in your face and on FX?

In terms of the show's Trump parallel, this easily could've been a show that did not touch contemporary politics, it could have definitely stayed in the '80s. What were your initial thoughts when you heard that he would be incorporated?

It's very interesting how Pose is about acceptance, love, and unity. [So when I first] read the script, I was like, Oh this is an interesting exploration of the hierarchy and the social caste system we place upon ourselves or that society places on us. You know, people of color have been marginalized and have been excluded from the narrative, even when they are part of the narrative. They are in the fabric, woven into the heart of what makes America, America. And, when I saw that [this reality was in the show], I said, "Perfect, Ryan Murphy gets it." Ryan Murphy gets that this is a time where we [can give this to an] audience that would've probably written off this show as too niche before. [We can give this to] a specific market of people that necessarily don't know about gay culture, that don't know about trans folks, or are not engaged with the LGBTQIA [movement that has become] interwoven into pop culture. There's no better time than now to do that, and when I read it, I was intrigued. And, you know, Ryan Murphy is not going to make that clichéd.

You know, in all the interviews that he has done about people trying to criticize him about it, he's just like, “No, this is a moment in time in which we challenge everyone to understand that this narrative is part of the American history, and never to negate that.” In order for us to [move forward], we need to be educated on our history.

I'm not gonna lie, your character made me sob the first couple episodes. Right out of the gate, the story line has this level of intensity—especially when Damon gets kicked out of his home. What was it like to film those scenes for you?

You know, growing up and coming [to New York] from Birmingham, Alabama, with $50 in my pocket, not knowing anyone and trying to make this dream a reality, it really hit home. Ryan, Brad Falchuk, and Steven Canals, the co-creator, were asking me to breathe life into this experience that is so familiar. I come from a family of a bunch of health care specialists and professionals, like nurses and pharmacists. And being the only artist in my immediate family was kind of a bit like, "We don't understand you, we don't know what's going on. We're gonna support you, but we don't know why you're doing this." And you know, I believe that made me connect with Damon.

I also hope audiences out in America and beyond will connect with this young man and his dream. This man has a dream to pursue something that is bigger than him, and nobody and nothing will get in the way of that. I think that all of us New Yorkers or L.A. aliens, we all have this yearning, this insatiable search and this hunger for something bigger than ourselves, to leave our legacy, our mark.

When we were filming that scene in particular, it was really really jarring for me because there was an instance in my life where, because I wanted to live my truth and live out loud and be who I am, a male figure in my life—my stepfather at the time, who's no longer in my life—had a moment where he pinned me to the bed and was just very, very verbally and physically abusive with me. And my mom had to stop him. I never had time to heal from that, so now being able to do that at work, and in such an intense and authentic way, really was the healing [I needed]. I remember specifically after we filmed that whole day, Ryan was like, "You did good, kid, go get you a drink, do whatever you need to do. You did your work, I'm so proud of you." And, during that time, I was literally and figuratively shaking, because that moment was so, so real and so polarizing for me and so jarring. Being able to do that in such a huge and dynamic way really gave me the freedom and the opportunity to heal from that afterward, and really I'm pleased and I'm humbled that that touched you.

And in that particular scene, Ryan went through that, as well. He and Steven Canals write a lot of the story for Damon. And, there was an interview in which [Ryan] said that he was kicked out, and it's a very emotional scene. It was a very emotional day for him, as well, because that was something that he went through personally in his own life. And just being able to share that space with him and knowing that even the emperor that is Ryan Murphy went through that… [it’s amazing to know that] I'm giving voice to an experience that so many individuals have had to deal with. It's powerful, and it's humbling.

Pose airs on Sundays at 9pm ET on FX.