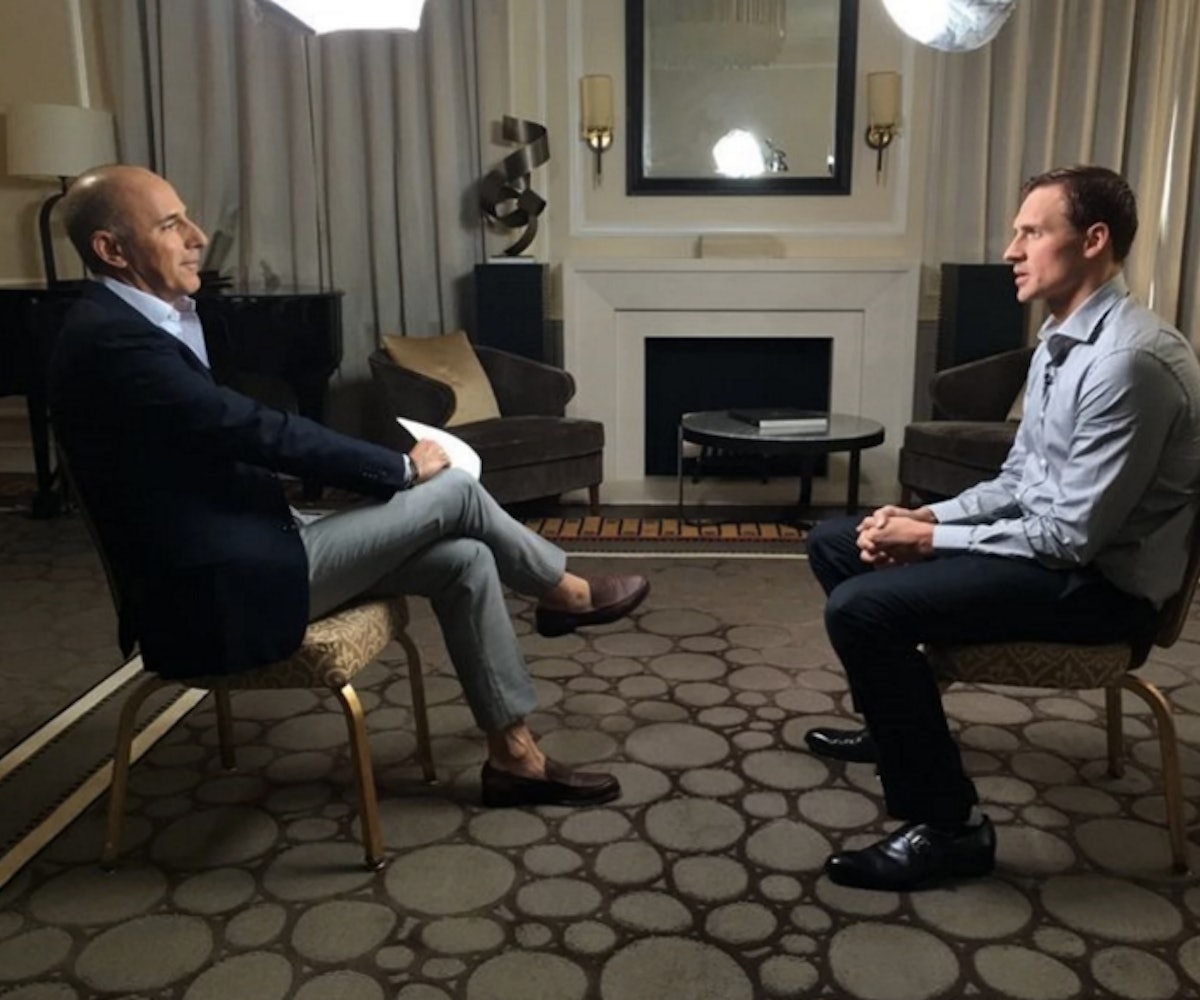 The Ryan Lochte apology tour continued Saturday, when the disgraced swimmer visited NBC Nightly News for an exclusive interview with Matt Lauer. Lochte called his behavior in Rio "immature," and finally admitted that he "overexaggerated" the story that he and his teammates were robbed at gunpoint at a gas station.

"This is why I'm taking full responsibility for my actions," Lochte told Lauer. "Because if I didn't overexaggerate the story to what I said when I did when it first happened with Billy Bush and yourself, and I told you the full story, none of this would have happened."

While Lochte's full interview airs Monday on Today, the swimmer we saw on Saturday was once again the poster boy for white male privilege in his refusal to accept full responsibility for his actions, while continuing to paint himself as a victim.

"Whether you call it a robbery, whether you call it extortion or us paying just for the damages—we don't know." Lochte added. "All we know is, there was a gun pointed in our direction, and we were demanded to give money."

Lochte did admit to having too much to drink that night, and told Lauer that it was his "immature behavior" that led to all this. "I let my team down," Lochte explained. "I don't want them to think that I left and left them high and dry. They're my teammates. I wanted to be there, and I wanted to help out in any way I could, and so I wanted to make sure they were home safe before I talked. I'm embarrassed."

Watch a clip from Matt Lauer's interview with Ryan Lochte below.