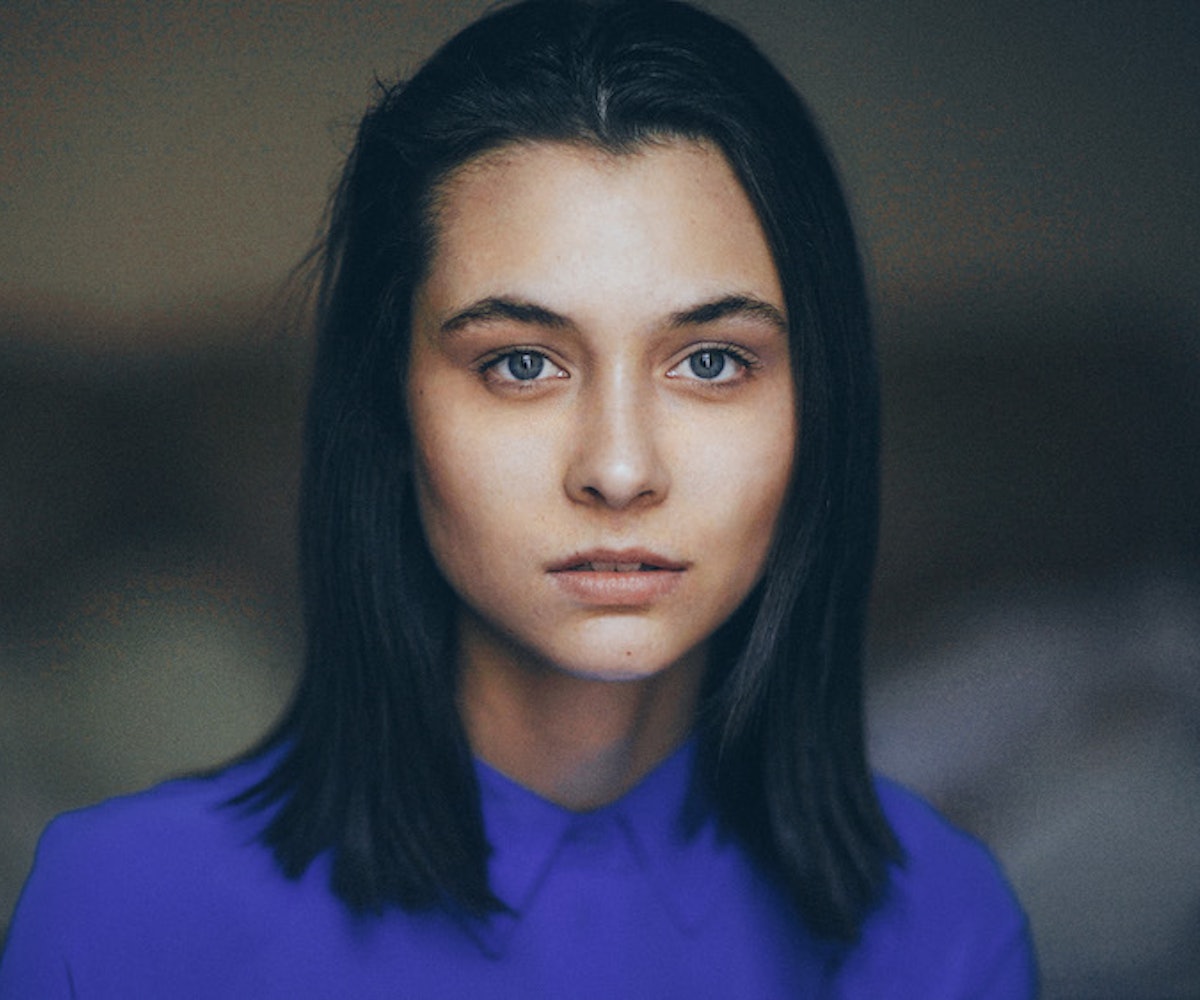 Way back in 2014, producer Ryan Hemsworth quietly launched a super secret project called Secret Songs. Nobody really knew what it was going to become, but it has since grown into a label that promotes talented up-and-coming artists worldwide. Along with the release of two compilations, a merch store has also been established by the Internet-based brand. The pool that is the music industry expands wider each day, but Hemsworth has found a way to make it all seem less overwhelming.

Today, NYLON is stoked to premiere "Are You Mad," the first single off RYAN Playground's elle EP due out on February 24 via Secret Songs. It's the kind of song that makes you feel like everything is inside your head—you'll want to curl up under a blanket and close yourself off from the outside world. In an email, RYAN Playground told us that the single is a "very personal" track. "All of my lyrics are related to realistic episodes of my life which makes it hard for me to give details," she said. "This song is about my relationship with my girlfriend and an issue we both had to overcome."

While you bump the track, read our corresponding Q&A with RYAN Playground, below.

How did you get into producing music?

Playing music has always been for me the best way to feel free, so creating my own music was the natural thing to do. I spent a lot of time exploring different styles on the guitar and drums. Eventually, I got really into electronic/alternative music and downloaded FL Studio, then I switched to Logic Pro and never looked back.

Your parents are classical musicians, and I read that you went through a pop-punk phase as a teen, so hoe have you navigated through Montreal's music scene?

I went to several of my parents’ concerts, which definitely opened my eyes to experience of performing. What I remember the most though is spending hours at record stores as a child and blasting my new punk rock CD discoveries in the car. Eventually, as I got more and more into electronic music, I found myself deeper into Montreal's music scene. Grimes, for example, definitely impressed me and pushed me to define my own sound as a female artist.

ow do you manage making music and modeling with a full-time student schedule?

School and modelling still leaves me with quite a lot of time for music…I spend half my time at school and although modelling is still a part of my life, it’s not as much a focus as before. Giving energy to things I love is the most important thing I can be doing right now.

What's the story behind the name RYAN Playground?

Ryan is my mom’s last name. I’ve been using it as a first name since I started to model because there were too many Genevièves in the agency. Eventually I became more and more used to presenting myself as Ryan in castings and gigs. Now a lot of people know me as Ryan. Playground stands for the fact that making and playing music is my favorite thing to do. It is literally my playground.

It’s very emotional and a little dark. I love to melt together crisp drum sounds and loud bass with soft airy vocals. It ends up sounding like alternative R&B, something like that…

If you could collab with anyone, who would it be and why?

I think James Blake because I’m sure we’d come up with something big. There are some artists like him that I just feel would mesh with my sound well.

How would you describe your personal style? What trends are you into right now?

Very minimal, lots of plain colour pieces. I always wear something very long and oversized on top. Oh and I’m very into this brand called

right now, I just bought two of their turtleneck sweaters and I’m in love with them.

What are you hoping to accomplish as a DJ and producer?

I want my music to be relatable in its own way, that’s something very important for me.

Can you share any details about your upcoming projects?

will be released via Secret Songs on my birthday,

! I’m also very excited to share some videos related to this project. I’ll be working on my live set too in the meantime…

NEXT UP
Entertainment
Rina Sawayama's "Happier Than Ever" Cover Is A Must-Listen
Entertainment
Lizzo Announced UK & European Dates For The Special Tour
Entertainment
Getting Ready With Pale Waves For Their 2022 New York City Concert
Entertainment
On ‘Cool It Down,’ A Spitfire Band Matures