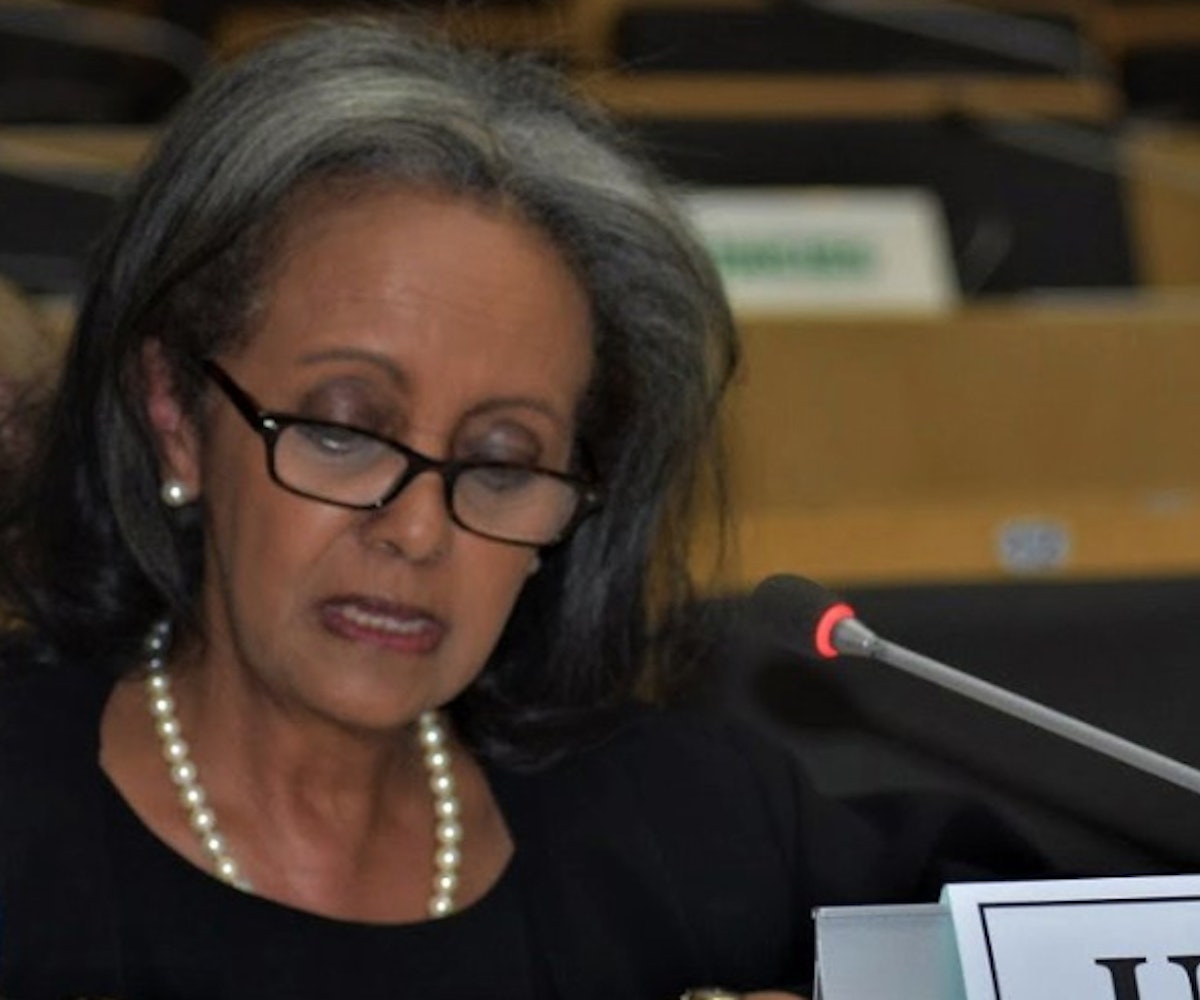 Screenshot via @SahleWorkZewde ?on Twitter
by Allison Stubblebine
Oct. 26, 2018

Here's a bit of news to make you regain a smidge of optimism on this Friday. Ethiopia just got its first female president: Sahle-Work Zewde. She was voted in unanimously.

Before this landmark moment, Ethiopia has previously focused on getting more women in places of political power. Just last week, the country approved a Cabinet made up of equal parts men and women, according to The Cut.

"If you thought I spoke a lot about women already, know that I am just getting started," she said in her acceptance speech to Parliament. She also noted: "I am a product of people who fought for equality and political freedom in this country, and I will work hard to serve them." Vogue pointed out that, while this election is monumental, the position of president is "largely ceremonial" in Ethiopia, and that the prime minister holds a majority of the power.

Prior to taking on the presidential role, Zewde acted as a diplomat, so even if the role has been considered ceremonial in the past, her experience is not. She's currently the only active female president in Africa.