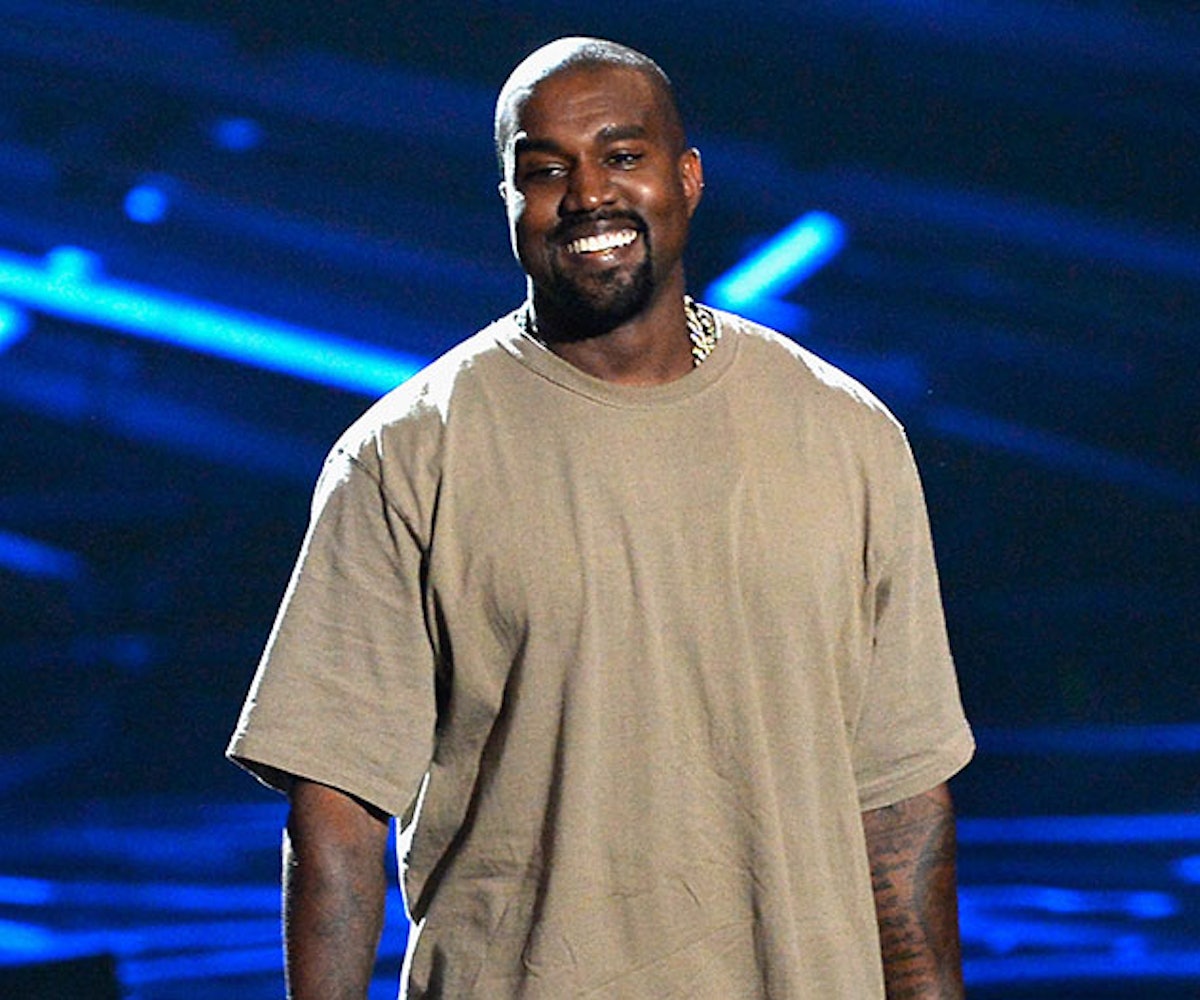 Update: The photos are, indeed, from a fake account. As many have noted on Twitter, this was taken in November and shows North feeding her cousin Avery Anderson. Kanye West is not on Instagram, or he is and we just don't know it.

Original Post: The time has finally come to potentially gaze upon the head of Saint West. It’s not the world’s first glimpse of the maybe-haloed tot, though. Kim Kardashian West shared a photo of Saint grabbing North West’s finger earlier this month. Now it’s Kanye’s turn to spread the love.

Today, Yeezy (or someone running a convincing fake account) shared two photos to Instagram: one regram of Kardashian West's photo and another showing Saint. Kind of. It’s the back of what looks to be Saint’s head, which is decidedly less haloed than previously mentioned. It is full of hair, though. And boy, look at all the toys he has to play with! Big sister North is also seen helping feed him with a bottle. (Remember that photo of North and Kanye napping? Saint looks like North here! Genetics!) The user captioned the photo with “everything.” And we have to agree: it is everything. Well, at least for now. Or until something more convincing comes out, because the fact that @privatekanye tagged a fake Kim Kardashian West Instagram handle has us scratching our chins with doubt. At least the photo is joyful, right?

NEXT UP
Culture
Caroline Polachek In KNWLS & More Party Photos You Missed
Entertainment
Samia On 'Honey' & Saying The Ugly Part Out Loud
Culture
6 Shows To Binge Once You've Finished 'The White Lotus'
Entertainment
Gracie Abrams & Gia Coppola On The Joy Of Free-Flowing Collaboration
Style + Culture, delivered straight to your inbox.