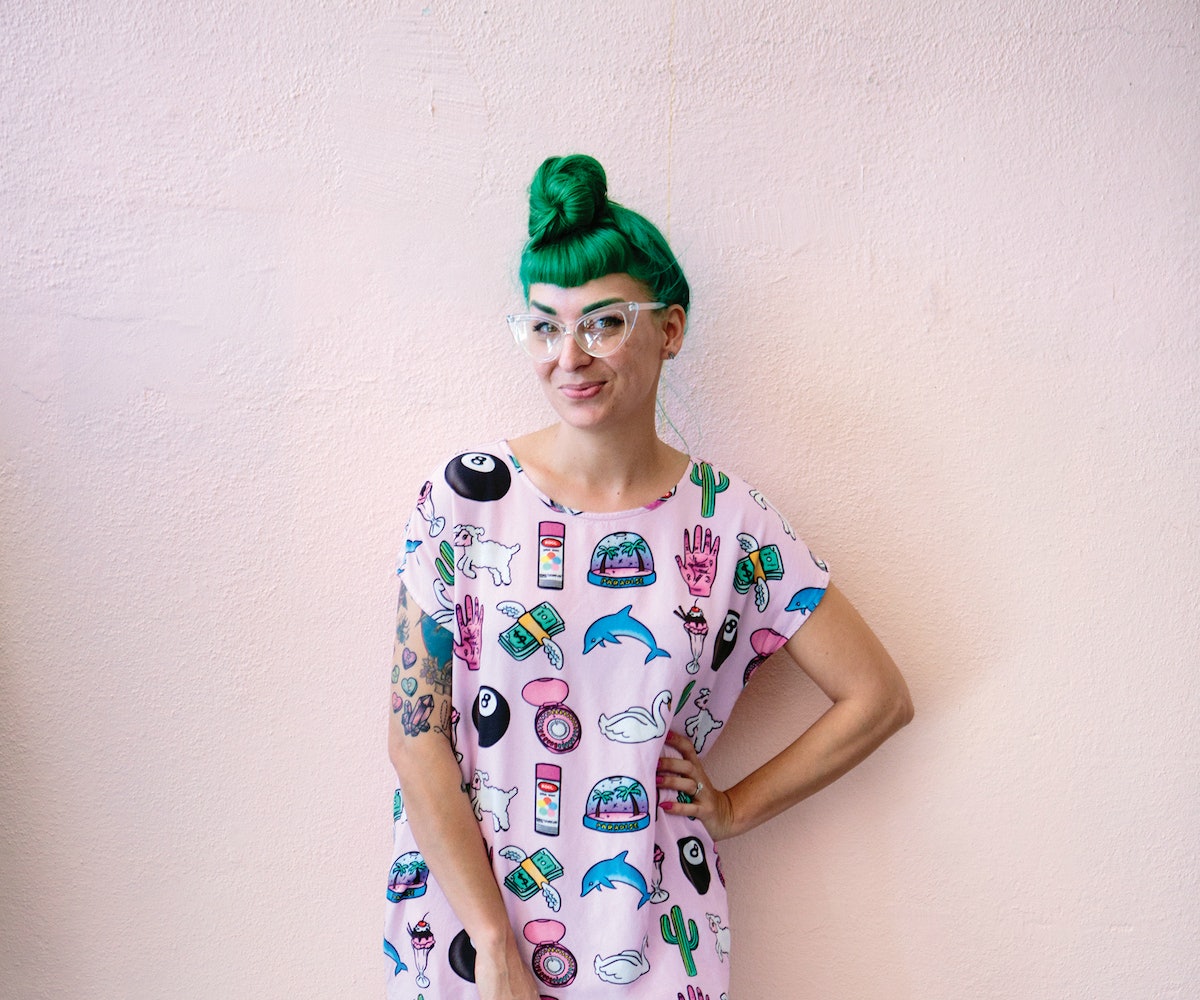 The following feature appears in the April 2016 of NYLON.

“I want to be like Lisa Frank—but without all of the strange controversy,” says Sara M. Lyons, who herself appears to have emerged from one of the ‘90s Day-Glo queen’s kaleidoscopic creations with her fringed lime green hair and matching eyebrows, clear cat-eye glasses, and pin-laden denim jacket. She’s referring to the recent unflattering allegations against the company’s management, and, of course, its epic cult empire. And indeed, Lyons is well on her way to building an empire of her own.

Since her brand’s launch in 2013, the 30-year-old Anaheim, California-based illustrator has been creating a world where the Heathers and Mean Girls co-exist alongside punk rock figureheads like the Cramps’ Lux Interior—a world where Netflix-watching witches commingle with crying ghosts and joint-lighting “best buds.” Lyons’s body of work, which has grown to include much-coveted nail decals, pins, patches, and paper goods, is a veritable pop culture mixed bag. “I’m half super-mainstream and half obscure,” she explains of her influences. “I’m really inspired by what teens are doing and the digital age, but I’m also not up on what’s cool. I don’t listen to contemporary music, so I pull from ’70s punk rock and skate culture.” It’s the kind of stuff that Lyons says she found hard to come by when she was kicking around North Orange County California’s punk/hardcore scene during her own teen years. “When I was in high school I wasn’t cool or accepted, so it’s interesting now to see a lot of the girls who buy from me feel like outsiders,” she notes.

Reading: "The recent reboots of Archie Comics have been amazing. I’m really stoked for Afterlife With Archie and Chilling Adventures of Sabrina to come back this summer."