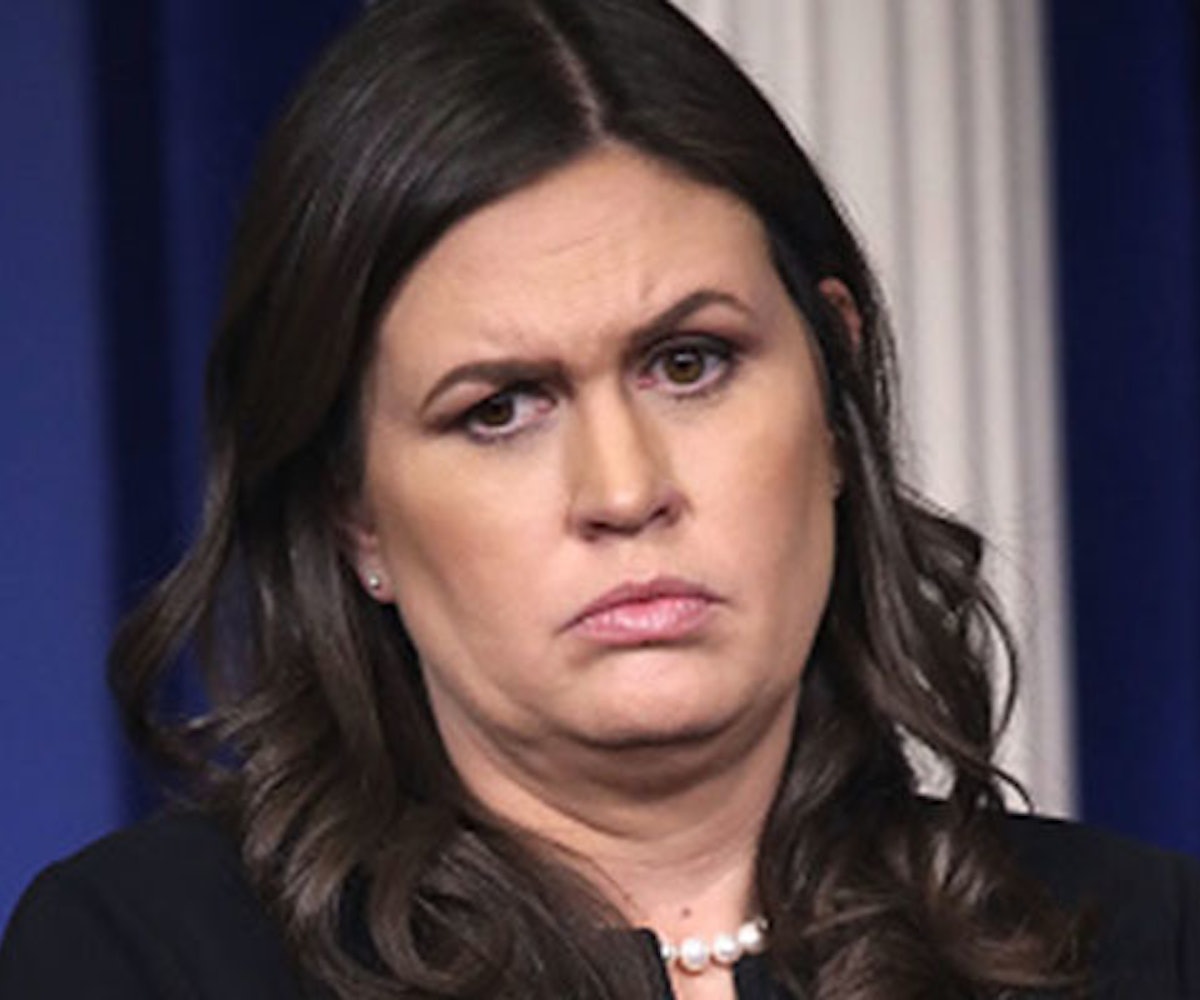 On Thanksgiving this year, White House Press Secretary Sarah Huckabee Sanders posted a photo of a chocolate pecan pie against a plain white background. While one might not give a tweet like this much thought, American Urban Radio Networks White House correspondent April Ryan had the time that night, and she called out Huckabee Sanders for faking the photo of the dessert. It's understandable she'd question Huckabee Sanders, considering the press secretary lies to the American people for a living. Now, nearly a month later, Huckabee Sanders wanted to prove she could, in fact, bake a pie. What's more, she baked four.

"It’s pie time! With or without bourbon @AprilDRyan? #piegate," Huckabee Sanders tweeted along with a photo of ingredients. Because Ryan is a talented journalist who is not here to play games, she immediately replied asking for "pics and videos" of the pie-making process.

Huckabee Sanders couldn't figure out the video part, but she posted photos of the pies at various stages. And at every step, the beautiful people of the internet were there to troll her. When she tweeted out a picture of pecans the VP's chief of staff sent her, someone made fun of how the bows look like they were tied by a drunk toddler.

Ryan also kept reiterating she would not eat the pie, probably because she wouldn't put it past Huckabee Sanders to poison her. "I won’t eat the pie but I do look forward to seeing it," she wrote. "I am so glad you want me to view your culinary skills. I still want a pic and video if you baking it. Lol!"

The press secretary eventually posted a photo of the end result, four pecan pies, but skeptics still weren't satisfied. "I’mma need you to break into video to dispel this urban legend," someone tweeted. "They look fine but clearly dif from the one you supposedly made last time," another person commented.

Thank you, Ryan, for always holding this administration accountable. You truly are a queen. Here's hoping Huckabee Sanders quits her job and opens up a bakery and we never hear from her ever again.